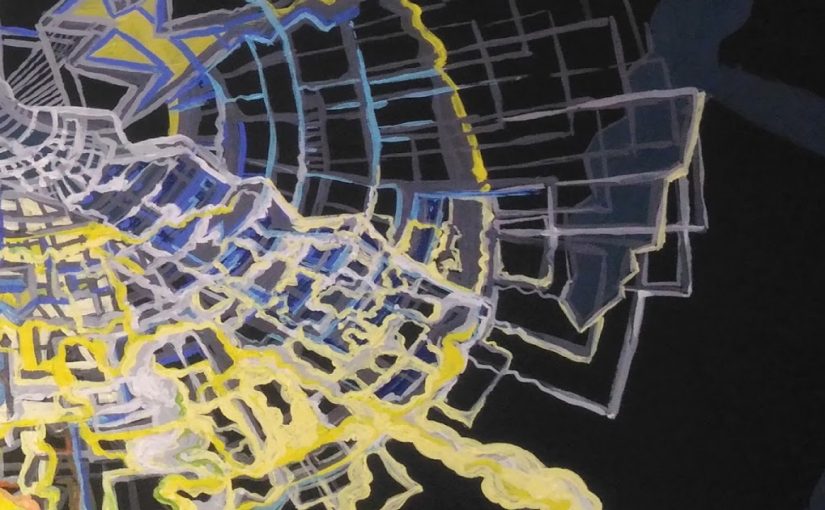 I’ve been doing this for over 20 years now in one form or another, this getting new albums to listen to, review and share my thoughts with whoever’s reading. To think when I first started back in 1994, I’d been handed a package in a brown envelope in a local hostelry, disappeared home to listen to them in the comfort of my own home, write out (by that I mean hand write out) my opinions, drop them back in a different brown envelope in the same pub (where, being 17, naturally I was drinking orange juice) and await for the postman to deliver the magazine with my words in. Hopefully then (& now) people have thought I’ll give that one a punt.

I was thinking of the old way of doing things when I was sat on my bus into work the other day, I had this album on a download, straight from emailed link to laptop to mobile, headphones plugged in and immersed in the music whilst I was commuting. I could even make notes on my mobile, ready to transcribe into something meaningful to send, again hoping that if one person reads what I’ve read and is influenced to try this record out then, my work here is done.

I was thinking about timelessness and being of the now, whilst listening to this record, it’s not the longest by any stretch of the imagination clocking in at just over 30 minutes long, not even enough to fill half a C90 tape. It might be short (certainly by today’s terms – where we’ve been conditioned to expect the entire CD to be full) but it isn’t any longer than it needs to be, a definite case of less being more, and that ethos runs through the whole record.

This collaboration between former Porcupine Tree (& current Henry Fool amongst many others) bassist Colin Edwin and Estonian guitarist Robert Jürjendal is one of those records that just grabs you slowly, the way the two musicians work together is a wonderful sound to behold, and with trumpet from Ian Dixon and electronics from Isak Nygaard, this contemporary ambient electronic musical journey is an exploration of musical space, straddling the shifting borders that prog/jazz/ambient music rub along against.

From the muted trumpet and electronic background that introduces the opener Blue Mint, this is a true musical journey, where the space created by Nygaard gives both Edwin and Jurjendal the room to weave intricate and exciting musical sounds, space and distance evoked, all topped off by Dixon’s sublime trumpet sound.

Reminiscent of musical explorations by artists like Keith Tippet or Billy Cobham but with plenty of that fluid sound that Edwin is known for (and which was always the secret musical weapon in Porcupine Tree’s armoury), with Jürjendal he has found a sublime guitarist who is just as keen to push the musical boundaries and see where it takes them.

With the longest song here, Hybrid Horizons, clocking in at just over 6 minutes there is no note wasted, no over blown unnecessary moments, everything is here for a reason. With tracks like Sancho Panza, that showcase Jürjendal’s guitar and the title track, the beautifully pulsing Another World, this is a well-made album.

Everything has been thought about and structured, and the collaborative work is so good that its hard to tell where Edwin ends and Jürjendal begins, the meeting of two like-minded musicians who have, wisely, kept external collaborators to a minimum helps create the coherent whole. This means that you get absorbed in the musical journey this album takes you on, so much so that it’s very easy to nearly miss your bus stop.

This has that electronic undertone and contemporary compositional technique of working from different studios in different countries and then pulling it all together through the power of the internet, yet it is a timeless collection of fantastic ambient and modern jazz infused sounds that will still sound both current and timeless in ten, twenty or thirty years ago.

When I first started I would never even have thought of listening to anything remotely jazzy, and yet now I can think of nothing more natural than letting the warmth of this album wash over me, and I have no doubt it’s one I will continue to return to. Timeless and contemporary, it is simply a fantastic record. Kicking off with a virtuosic blast from Ian Dixon’s muted trumpet, opening track “Blue Mint” sets the pace with a cascade of echoing bass delays set against glassy and ever evolving guitar textures, complemented by a subtle backdrop of finely wrought, ever changing and pulsating electronic textures.

Album closer, “My Island”, unfolds slowly from an introspective beginning before gradually building to an intense, molten guitar solo, which finally cools into an ambient dialogue between trumpet, electronica and Robert Jürjendal’s artful guitar textures.

Whilst evoking the space, freshness and openness of the Baltic, “Another World”  also showcases an artistically open  and creative partnership with teasing, subtle, intricate and elemental forces waiting to be discovered within a seemingly minimalist environment.

Packaged in a fold out card wallet with original album artwork by Kitty Jürjendal.