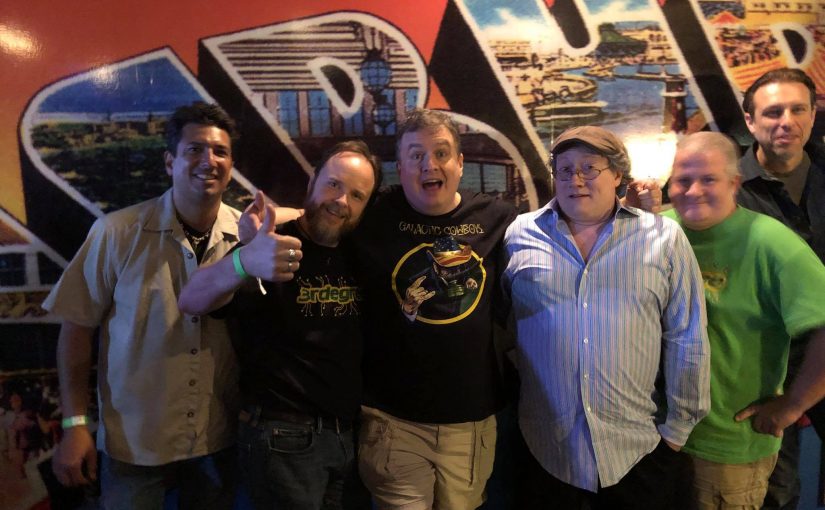 From the opening where re1nstall_Overture, which revisits themes from the previous album, leads into Connecting, 3RDegree’s strengths are their ability to mix complex musicianship and well observed lyrics into shorter punchier songs, and with lead single Olympia they blend this to perfection. The Future Doesn’t Need You blends some sublime harmony vocals, great 70’s synth sounds and punchy riffs to create a blend of contemporary rock and Queenesque harmonies.

The album flows sublimely and, as such, means that this is an immersive listen and one you can’t just dip into and out of, and that is great to hear, showing the album as art. Unintended Consequence has a powerful driving percussive sound, some great vocals again from Dobbs (whose unique vocals are an integral part to the 3rd Degree sound) and the band are as tight here as I’ve ever heard them. Perfect Babies is a fantastic piece about genetics and ethics, once again, with some great lyrics.

This album also see’s the band going all out on their longest epic ever, the sublime and powerful Click Away! that clocks in at over 15 minutes, it’s true progressive music at its finest. The keyboard work is superb, as the track grows and builds, delving into the world of social media and algorithms. It has some sublime vocal work, brilliant guitar riffs and guitar and keyboard interplay throughout. The vocal harmonies are one of the bands many strengths, and they add so much depth to this album, particularly on Click Away!

The finale of the album, the wonderful Ones & Zeros, has more of that sublime synth work and an amazing spine-tingling solo, as it rounds off this extraordinary concept in style.

This album has been out for a few months, and I am not sure how something this wonderful, this complete and chock full of great songs and performances slipped under my radar. I am glad this has been rectified as it is one of the most complete progressive albums I have heard this year and is yet another fantastic album by this incredibly talented band. If you haven’t heard it yet, I strongly recommend you get a copy and lose yourself in the world of 3RDegree.