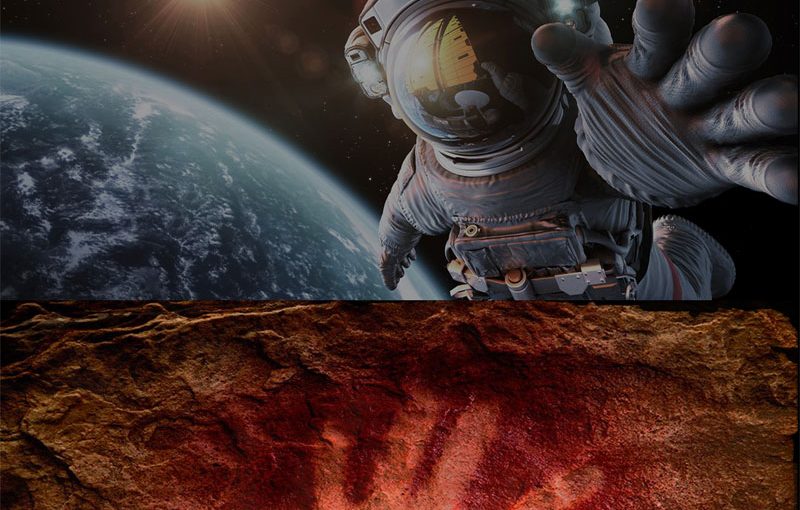 John Holden’s ‘Rise and Fall’ has been in my possession for a while now and I was very gratified to be given access to this remarkable album some three months prior to its official release. I was also very pleased that I had been thanked  in the album credits, that having been an ambition of mine for quite some time.

‘Rise and Fall’ is the second album from John Holden and features substantial input and assistance from several core musicians including Joe Payne, Oliver Day and Oliver Wakeman, Sally Minnear, Jean Pageau and Michel St Pere from Mystery, not forgetting the always remarkably impressive Peter Jones. If, like me, you enjoyed John’s debut release ‘Capture Light’ (still available from John via Bandcamp) then I’m sure you will love this one too.

The album consists of just seven pieces, they are, however, lengthy and well written. It is also expertly recorded and produced by John himself while the whole album was mastered by Robin Armstrong of Cosmograf fame.

The guest list of collaborators is impressive with each bringing their own skills to bear. Especially worthy of note are the keyboard skills and musical arrangements of Vikram Shankar, a musician who is not very widely known yet. The album is a great place to discover him for yourself, he certainly looks to be a musician with a bright future awaiting him.

As a side note, the packaging on this release is again impeccable, as are the extensive sleeve notes in the booklet which give a deeper insight into each of these tracks.

So, without further ado, let’s dive right on in then shall we…

The opening track, Leap of Faith, features Peter Jones on vocals, recorder and whistles, in fact Peter bookends the album with a further performance on the last track Ancestors and Satellites with both tracks sharing a recurrent musical passage, albeit it in a different key.

Leap of Faith concerns itself with the antics of Eilmer, A Benedictine monk who lived at Malmesbury Abbey in the 11th century and one who was fascinated by the flight of the birds and bats that lived around the priory He had it in his mind to fly like they did so attempted (like Daedalus, the Father of Icarus of Greek mythology fame) to fly using wings he had made attached to his back and arms. You can read the story in the song lyrics but I can say that gravity prevailed! This piece is very moving and very atmospheric with Peter Jones really bringing the tale to life in his own inimitable way.

This is a fantastic opener that sets you up for all that follows, which, in this instance, is the superb Rise and Fall voiced by Jean Pageau of Mystery. This talented vocalist gives a very emotionally raw vocal delivery that makes you feel his anguish as he sings of the relationship that one has with both their addictions and the person they care about, who also suffers the brunt of this addiction. This is a very honest song and another classy piece of work.

The next track, The Golden Thread, I consider a truly beautiful song, one that has extra depths to it as it is a requiem written by John’s wife Elizabeth who is a cancer survivor. She wrote this to express her deep love for John and also so that, if she were not around, the song and her memory would live on as a musical legacy of her life and struggle. This piece of music is very gentle with an almost classical tone to it and is sung by the remarkable talents of John Payne and Lauren Nolan as a duet, not being written as such initially but Lauren’s voice worked so well with Joe’s that adaptations were made to make it work in this way. The sentiments that this song espouses and expresses are both very warm, loving and deeply profound indeed with Oliver Wakeman and Vikram Shankar playing on the song to magnificent effect.

The music reaches a crescendo before fading away to the harder edged Dark Arts on which Billy Sherwood provides a bass part in the style of the late great Chris Squire, playing the sort of bass runs the great man would have done whilst alive. The track also features a spoken excerpt of Francis Urquhart of House of Cards fame, setting the tone for a politically charged song about the abuse of power by those in charge. Once again Joe Payne vocalises with real passion and power to deliver a truly remarkable track along with more fine keyboards from Oliver Wakeman. I heard this song in an unmixed state six months ago and was suitably impressed then, and still am, by its magnificent, powerful delivery and content that is right on point.

The next track is Heretic which speaks of how ISIS destroyed lots of priceless artefacts in Palmyra in Iraq after killing the 82 year old custodian Khaled Al-Assad at the site and smashing 3000 year old plus pieces in a show of cultural terrorism. He was beheaded in front of his family and his body was then hung in the central square. Again, whilst a dark song, there is hope that the displaced peoples will one day return and, as John says, “Empires rise and fall, ideologies are replaced but still the healing power of love endures.” Sally Minnear’s vocals are excellent on this too as she sings in tandem with Joe Payne.

After the Storm is about a journey one woman takes and utilises the weather outside as a metaphor for storms in her life and the ultimate realisation that, eventually, the storms both outside and inside her will pass leaving a calmer and clearer path ahead. This is mostly an acoustic piece and that adds a good contrast for the album with some fine playing from Oliver Day.

The final song, Ancestors and Satellites, returns to the opening section of Leap of Faith as Eilmer saw Haley’s comet twice in his lifetime with John using this comet theme again to show how little we’ve learnt in the days gone past. This song has vocal contributions from Peter Jones, Joe Payne, Sally Minnear and Lauren Nolan but mainly its Peter who sings this so delicately and with real warmth and all set to suitably atmospheric keyboards from John, and Vikram Shankar.

The song talks about cave paintings over 40,000 years ago and also of the Apollo mission that landed on the moon in July 1969 and of the footprints they left there for ever. There follows an ensemble of synthesizers playing a multi tracked passage to great effect and the massed vocals singing the chorus once again before the comet melody returns once again to bring the song towards its impressive finale. Another thing of note is the fantastic and powerful drum work from Nick D’Virgilio. On this track and throughout most of the album Nick adds his magic and his drive to power these pieces along in a most delightful and satisfying manner.

The vocals are impassioned and strong and Michael St Pere’s epic guitar line is heard, along with a bank of synths, sounding very epic and majestic to bring this fantastic album to a fine conclusion.

To think that this is only the work of John, Elizabeth and a few select friends funded from the sales of his earlier album and without and label support is remarkable. It shows John Holden to be a man with both vision and a purpose. I for one applaud him hugely for his fine efforts on this most excellent album. This is going to be one of the albums of the year for those who take notice.