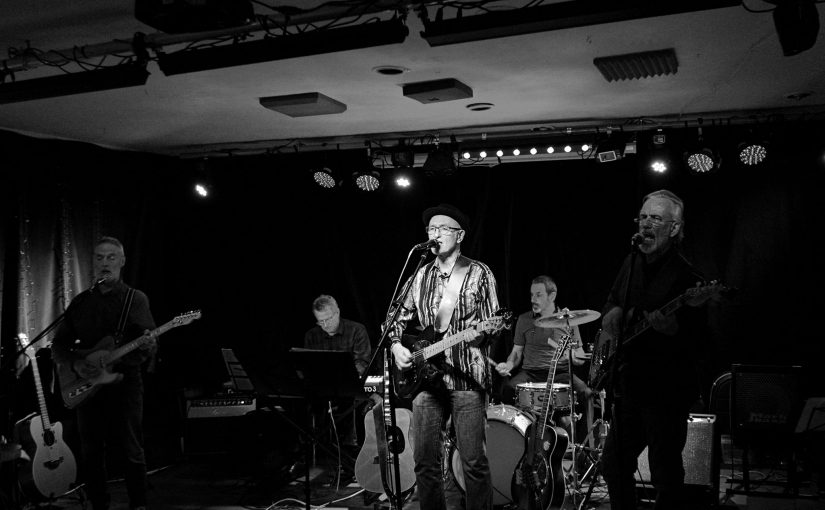 The 1970’s in the US was a real melting pot of influences that produced some incredible music and defined the sound for the decade.Take your Neil Young, Eagles, Stephen Stills, Willie Nelson and the like and the blend of country, blues, gospel, folk and rock that melded into the sound of Americana that is still loved to this day.

Transplant that sound into the thriving live music scene in Glasgow and you have the possibility of some seriously impressive music. The competitiveness that this creates gives a spin-off where only the very best rise up through the ranks in true ‘spirit of survival’ fashion. Raging Twilight have demanded attention due to finely honing their sound and the playing pedigree of the musicians involved. This has given them the due respect and respect that has been properly won.

Their self-titled album is full of impressive tracks that take their cues from that pivotal 70’s sound mainly due to the extensive travels through Canada and the southwest USA of founder member Jack Law, who formed the band with Dougie Harrison.

The influences come flooding in from the first notes, Don’t Want A Lover channeling Neil Young, the bluegrass simplicity of Old Glass Jar  and Hope Sails The River with it’s Celtic hues and hints of The Pogues. The whole album is a wonderful musical journey through music that has influenced a generation of listeners and is an enthralling ride.

I’ve recently got into the solo work of Stephen Stills and can hear subtle hints of that amazing musician throughout, intentional or not. Dust Bowl Rust Belt Blues, Chemical Jayne, The Still with their elegant guitar and haunting vocals, it’s a nostalgic look into the past that leaves you in a wistful frame of mind.

Then there’s Nothing’s There, a superb tune full of English eccentricity that reminds me of The Travelling Wilburys, a real grin inducing song!

If you’re a fan of superbly constructed songs that take their influence from those greats of the past but are given an up-to-date flavour then you have opened the right door. Come on in and enjoy the ride!