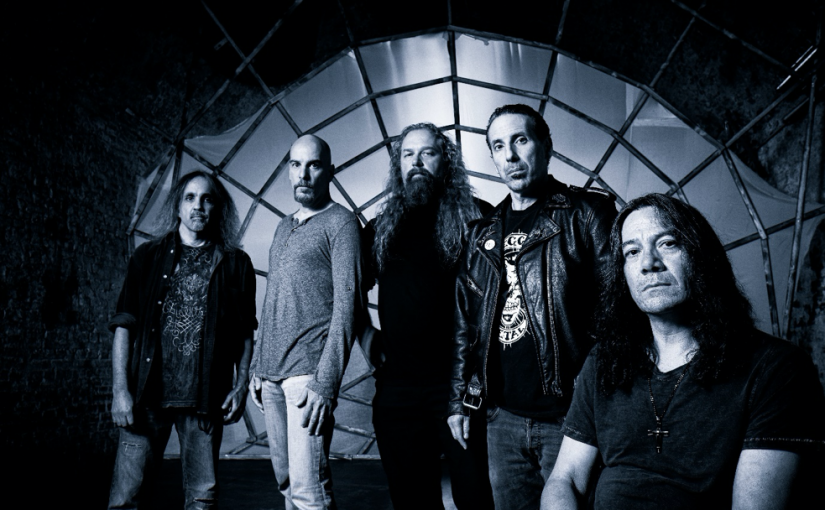 US Progressive Metal pioneers and innovators PSYCHOTIC WALTZ return with their original line-up for their highly anticipated 5th studio album and first new music in 23 years. Entitled “The God-Shaped Void”, the upcoming new album and InsideOutMusic debut will be released on 14th February, 2020.

The first new track taken off “The God-Shaped Void” is being shared today. Check out the album’s opening track “Devils And Angels” in a lyric video by Cloud Music Typography:

PSYCHOTIC WALTZ commented about “Devils And Angels” as follows:
“This was the second song we finished writing for the album, right after “The Fallen”.  Brian had some chunky riffs to start with, then we all kind of added our own flavor of spices to it, some of which you can really pick up on headphones. It wound up being a lot more epic than we expected!”

The basic tracks for “The God-Shaped Void” were recorded with engineer Ulrich Wild in the band’s hometown of San Diego, then the rest of the recordings at Studio D in Austria and finally the material was mixed/mastered by Jens Bogren (Opeth, Devin Townsend, Fates Warning) at Fascination Street Studios in Sweden. Artwork (as also presented throughout the lyric-video) was created by longtime visual partner Travis Smith (Katatonia, Riverside, Nevermore).

Here is the tracklisting for “The God-Shaped Void”:

The album’s bonus-track “Season Of The Swarm” will be available on the limited Mediabook CD (which comes with expanded booklet and an exclusive logo patch), on the vinyl edition as well as on the Digital versions. A standard Jewelcase CD edition is available as well.

The vinyl edition of “The God-Shaped Void” comes as 2LP on 180gr. vinyl with gatefold packaging and with the entire album on CD as bonus in the following versions:

–  vinyl, there will also be the following strictly limited coloured editions available:

All formats are available for pre-order starting today here:

(Left to right on featured image by Axel Jusseit)