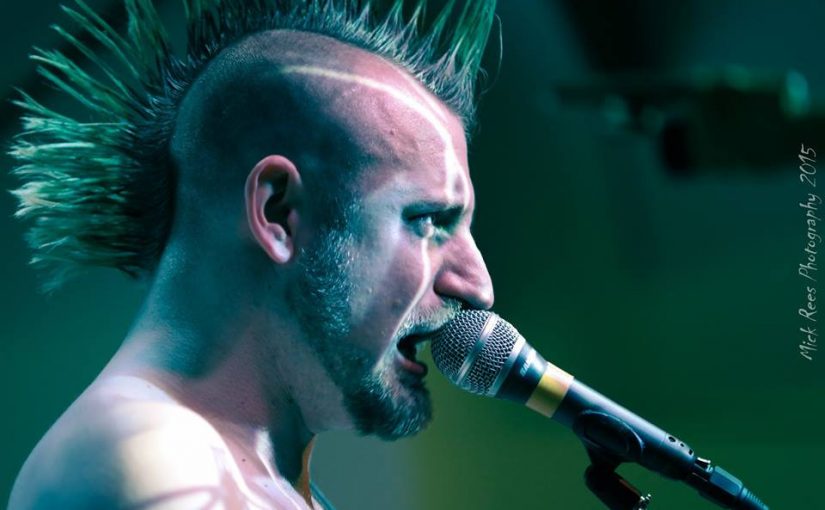 “An 8 year project: an electro, psychedelic, prog rock, science-fiction concept album about a human used on an interstellar spacecraft to propel the ship using the kinetic energy in his blood-flow. The ship is suffering a mutiny as the sister ship powers beyond contact.

The captain of the vessel is accosted, beaten and finally ejected into space. Soon his voice is heard over the ships tannoy system causing the fearful, scattered crew to spiral into madness. The voices trace back to the ships teleportation device, which gives our human captive a means to escape.

His liberation is short lived as he finds himself marooned on a desolate moon, where it’s clear his fate is as one with the ship’s unfortunate captain. As one they are all left helplessly adrift amongst the stars that seldom shine”

This is the introduction to this delightfully bonkers journey, written and performed by Ludovico ‘G’ LaRoche, through the history of both music and the adventures of an experimental science project in space travel and it does it no justice what so ever.

Musically it is a journey through some serious good music condensed through the whole concept. There is some serious use of sampling to bookend the album accelerating through the various ages of rock/pop the 60s psychedelic heyday through to Prog to electronic Berlin school to downright rocking out. You cannot really single tracks out here as it is a whole suite of tracks that make up something greater than the sum of the parts.

Beginning with a scan across the airwaves in the way we used to turn the knobs on the old radios snippets of classical and psychedelic 60s pop tracks and interspersed with radio sci fi dialogue.

Straight into Propulsion Galactica Pt 1 a sitar sound dominates the track and a gruff harmony vocal line, straight from the summer of love. Part 2 comes straight from the Hawkwind play book of the mid 70s, it seamlessly spans Psychedelia to space rock without missing a beat. Sistership (XYZee) makes good use of sound clips from what sounds like a fifties Sci Fi radio series, it’s Buck Rogers meets the Forbidden Planet. The style is that of mid 80s synth pop Berlin School, overtones of electronica with hints of scratching.  Mutiny – now, if you can imagine Lemmy singing prog and having a huge influence on the actual production then you have an idea.

Terminal Velocity has a Crimsonesque feel about it with a huge keyboard impact at its core. Anyone remember Wendy Carlos and the massive Moog sound? then welcome to the Pilgrimage with fat dirty guitar threaded through and anthemic track of huge sonic proportions..

Fast forward a bit and Marooned flows into Amongst The Stars That Seldom Shine which has a guitar line that has captured Brian May’s sound impeccably showing the end of the journey and bookend samples again with a lovely use of a classic Floyd Track.

Overall imagine Hawkwind, Syd Barratt, Lemmy and Public Service Broadcasting on an acid trip and then locked in a studio, yeah that’s what I thought too……