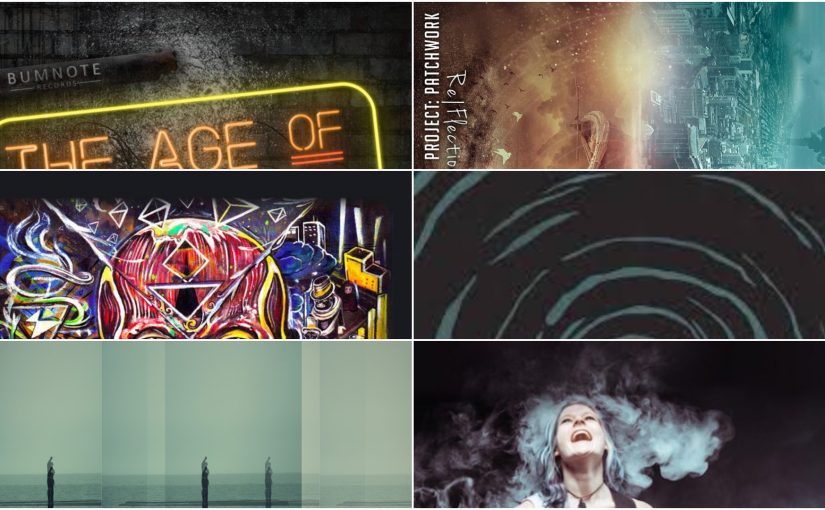 Welcome to the fourth edition of The Wallet Emptier’s Round-Up and this time we have music from The C:Live Collective, Project Patchwork, Syzygy, Phi, Marygold and Pinski for you to check out… The C:Live Collective – The Age of Insanity

Twelfth Night alumni Clive Mitten’s first foray into recording new music for 30 years has produced ‘The Age of Insanity’, the first of a series of linked releases from the band in 2018. At its heart is Clive’s new hour long four-part opus, The Fifth Estate, which will reappear in the autumn in its full vocal version. Here it comprises a fully revised vocal version of We Are Sane (Part One) and specially arranged instrumental mixes of Parts Two to Four. The CD is completed by a new version of This City set in London.

A powerful vilification of the internet and social media (The Fifth Estate), Clive has collected some impressive musicians around him and that can be seen in the well crafted tracks on the album. Mark Spencer’s expressive vocals add to the atmospheric appeal of the first song, there’s definitely a feeling of Big Brother is watching you running through this track, almost a feeling of dystopia.

The instrumentals are finely constructed, haunting pieces of music where the musician’s requisite skills are used to very good effect, all the while Clive orchestrating every move. I was very impressed at how the whole album seemed to flow perfectly with each track seguing smoothly into the next. The final song This City Is London closes things out with an almost patriotic feel, its drum and bass origins actually working well with the rest of the album.

All in all, it all bodes well for what is to come next.

Favourite Track – The very impressive The Fifth Estate Part One. Project: Patchwork, The studio project of German musicians Gerd Albers and Peter Koll, release their second album ‘ReFlection’ three years after the debut. Dealing with personal experiences and addressing critical questions of currents events in society and politics, it is powerful statement of intent.

A total of 10 singers and 20 musicians share duties on this impressive release but at no time does it feel disjointed or over-ambitious. With artists of the calibre of Marek Arnold, John Mitchell, Markus Steffen and Martin Schnella it was always going to have a good pedigree.

Powerful guitars and yet a strong emphasis on melodies mean this release is chock full of hook lines and impressive, emotive music with new surprises at every turn. This is a fine release that immerses you on an extraordinary musical journey.

Favourite Track – The inventive brilliance of Yearning For Confraternity. In astronomy, a syzygy is a (usually) straight-line configuration of three or more celestial bodies in a gravitational system.

In music SYZYGY is a progressive rock trio from Gainesville, Florida, consisting of guitarist/vocalist Tom Nelly, bassist KD McClellan, and drummer Dan Landis. ‘Misconnected Man’ is their debut release and is full of complex and yet memorable compositions that are madder than a badger poked with a stick  but in a very, very good way!

Listening to the album is akin to a musical rollercoaster ride of massive proportions, there literally is no let-up to the rapid fire musical delivery, it isn’t for the faint hearted but, dig in and persevere for what you do get is well worth the effort.

They call it progressive rock but it’s more acid jazz infused art rock with some King Crimson thrown in for good measure, just because they could! Get your wallets ready and lay out for one of the most original and inventive releases you’ll hear in quite a while. ‘Cycles’ is Austrian Prog-Metal outfit PHI’s latest release and sees the band finally attain what they call The Golden Ratio, the perfect proportion between rock power and artistic aspiration and it was an accident, cutting his finger in his role as an amateur chef, that led him in the new direction that finally produced this golden ratio.

A songwriting process straight from head to paper, no filters as main man Markus Bratusa couldn’t play his guitar, has delivered six involving and powerful compositions with maturity and gravitas. Songs that are emotionally bold and honest and yet mightily potent, the guitar sound is as heavy a one as you will hear this side of early Sabbath, the new album has everything.

‘Cycles’ displays a grandiose vision and one that this impressive band carry off with style and aplomb and all on an epic bombastic and flamboyant scale. Immaculately constructed classic progressive rock, ‘One Light Year’ is Italian band Marygold at their absolute best. Formed in Verona in 1994, this collection of virtuoso performers had not released anything since 2005 but had opened the well respected Verona Progfest in 2007.

A collection of songs to bewitch and beguile lovers of classic and more modern progressive styles, it has that eccentricity that Italian prog music is known for and is an exciting and immersive listen. Excellent melodies and intricate song structures combine across all seven of the inventive tracks.

Let the intricate guitar plying, the expansive rhythm section and the eloquent vocals take you on an enjoyable musical journey, one with a definite Italian flavour and one that is all the better for it. Cologne based outfit Pinski’s debut album is an intriguing proposition. On the face of it, it appears to be a straightforward hard rock album with some pretty impressive riffing and the power of Insa Reichwein’s (aka. Pinski) soulful vocals but, dig deeper and you will find a record full of complex compositions with intelligent and thoughtful lyrics. Take the reproachful anger of Society and follow it up with the hopeful tone of Light Calling and you will begin to see Insa’s view of the world.

However there’s no getting away from the thunderous guitar work of Ian Alexander Griffiths who adds a real metal/hard rock edge to the songs. The rhythm section of Christopher Streidt (bass) and Stephan Schöpe (drums) lays a really vibrant foundation for Insa’s dynamic voice and distorted acoustic riffs, she really gives her all through every song.

A real discovery for me, ‘Sound The Alarm’ is a collection of tracks that will have you on the edge of your seat from start to finish.

Order the CD direct from the band at the link below: