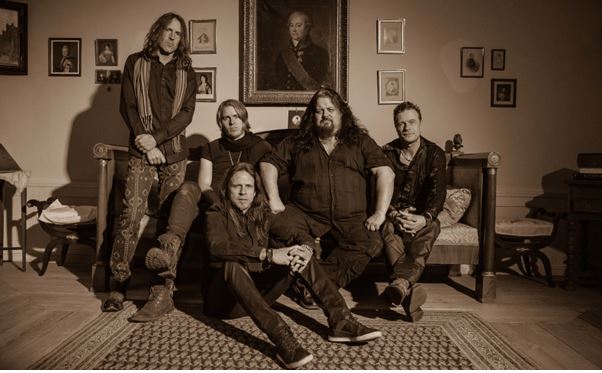 As the sound of the sonorous ticking of a clock fills the room, I am transported once more to a murky Sunday night in London. Downstairs in The Underworld, the lights go down, Hasse Fröberg and Musical Companion take to the stage, and those of us who are fortunate enough to be gathered there are treated to an experience of such exquisite virtuosity, passionate commitment and joyful dedication to musical expression that I doubt (and most sincerely hope) that it will ever be forgotten.

The ticking of the clock belongs to Seconds, the opening track of Fröberg’s third studio album ‘HMFC’ and signals a beguiling, measured beginning to what quickly turns out to be a frenetic, dramatic and occasionally theatrical romp through a variety of diverse styles, tempos, sounds and even genres. No less than on stage, the album is a shining testament to music which bristles with life, with energy, with a creative vitality which is utterly infectious and happily uplifting.

After a brief flirtation with a simple, airy yet enticing melodic keyboard intro, the music suddenly explodes into life as it abruptly segues into Can’t Stop the Clock (Track 2) which not only serves as a microcosm of the sheer diversity and variety which is to follow but also sets the theme which unfolds throughout the album and is reflected in or hinted at by the track titles. Time. Life time, a life lived in and through time. Though it is not a concept album per se, the theme which acts as a common thread throughout is our perceptions of time and our experiences of time.

The clock may tick a steady measured beat but the music uses this as a point of departure. Across 7.24 minutes, Can’t Stop the Clock sports numerous changes to tempo, shifting and unexpected chord progressions, grand changes in keys accompanied by stylistic flourishes and symphonic arrangements. These are magnified and explored further with no less than 3 gloriously epic tracks lasting in excess of 10 minutes each: Pages (Track 4, 15.22), In the Warmth of the Evening (Track 6, 10.42) and the magnificent Someone Else’s Fault (Track 8, 10.13) which push the boundaries of experimentation further, stutter stepping from various incarnations of melodic and symphonic rock, to jazz, to blues, to a harder rock, to almost heavy pop – effortlessly playing, literally, with time and shifting between time signatures. Yet, despite what can almost feel like a breathless and relentless pace, the album never overwhelms. There are delicate moments of gentle subtlety and simple beauty which clearly speak of personal reflection, of pausing for thought, of the hindsight which comes with the passing of time and maybe even a hint or two of personal biography. Genius (Track 5), in particular, is profoundly moving, tributed to the life and memory of Freddie Mercury and laden with poignant sadness, fondness and appreciation. If you enjoy Queen, check out the wonderfully clever patchwork of lyrics; thoughtful, intelligent and full of care.

The band are uncompromising in what they bring to the music. Formed in 2008 with Fröberg on a break from his duties with The Flower Kings, they are impeccably tight, blending some of the highest technical precision I have ever heard with delightful touches and expressive flourishes that are at times jaw-dropping. They are a superbly tight unit who work so very well together.

Kjell Haraldsson on keyboards is an ever creative presence who provides the perfect backdrop and foil for the exceptional and inspirational lead guitar work of Anton Lindsjö. Both are indebted to the often spell-binding lines provided by Thomas Thomsson on bass who brings a delicious complexity and depth which is a delight to discern among the many musical layers. The foundations are supplied by the outstanding work of Ola Strandberg on drums, immaculate in being so aware of the mood and tone of what the others are doing and bringing just the right combination of touch and power to proceedings. Fröberg’s majestic guitar work binds them all together, enables the others to be so expansive whilst firmly remaining the shining light which permeates every moment of the album. His distinctive vocals are the icing on the cake, a perfect fit for the diverse array of lyrical sentiments which are in turn matched by the character and sound of the band.

Yet, even at the end, when the band have blown themselves out, when the force and energy of the music are expended, the ticking of the clock emerges again from the background and is the last thing we hear in the final track, Minutes. The implication seems to be it has been there all along. We cannot escape it; we cannot change it. We can play with and within it, but we can never step outside of it nor hope to escape it. It will always be there as the constant horizon against which life is lived.

‘HFMC’ is, to my mind at least, a stunning exemple of musical excellence and showcases how it is possible to have serious levels of fun creating progressive music which pulsates with ideas, flows with passion and demonstrates astounding levels of musicianship. Possibly one of the top releases of 2015, it quickly becomes one those albums with which you positively look forward to becoming immersed again and again. Highly recommended.