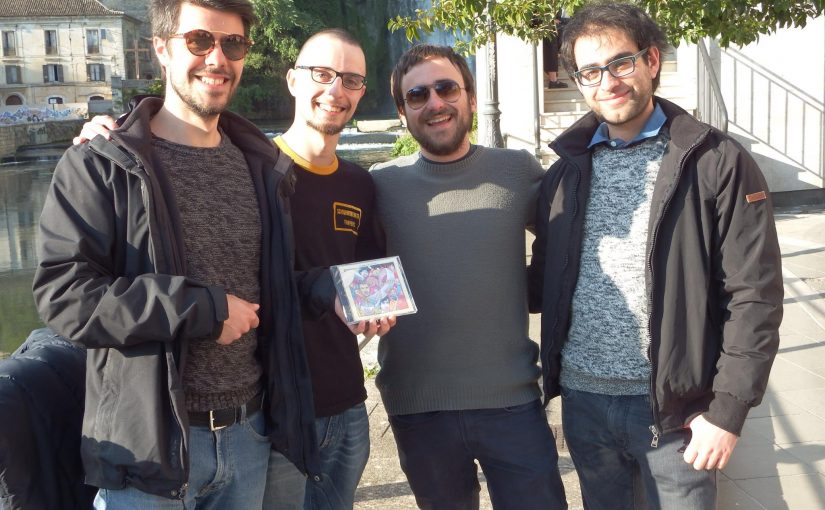 As a jazz fan who primarily hangs out with rockers and prog fans I often get the dreaded jazz question:  “So, I’m kind of interested in jazz, where should I start?” It’s dreaded because how do you suggest a starting position for an umbrella genre of music with nearly 100 years of recordings to choose from?

My method has usually been to recommend jazz recordings that closely mirror the instrumental sounds they’re already familiar with from the rock world. So, it’s usually late-60s/early-70s jazz-rock and fusion; the guitars, electric keyboards and forceful rock rhythms providing a comfort zone for the novice listener. But as the decades keep rolling by it gets depressing when you realize that you’re primarily recommending music that came out a half century ago. So, I’ve changed my usual method; now I pick a modern act that fits the same basic sonic criteria but is more connected to the here-and-now. I believe it’s vitally important for any genre of music that younger artists get their fair share of attention and that they connect with the novice listeners just starting to get excited about the possibilities of what the music can offer. Connect people with good music being recorded today and appreciation of the classics will come naturally later down the road.

Today’s suggestion is the eponymous debut from Möbius Strip, a young jazz/rock band from Italy that has the requisite sound and whose music is accessible enough to appeal to the novice listener. Lorenzo Cellupica (composer/keyboards), Nico Fabrizi (saxophone/flute), Eros Capoccitti (bass) and David Rufo (drums) are obviously well-versed in mainstream jazz recordings from the late 60s thru the early 80s and it’s enjoyable listening to these twenty-somethings apply their youthful energy to the music from that era. Opening cut Bloo drops us squarely in the Chick Corea/Herbie Hancock ballpark. Built off a bright jazz groove with a vaguely Latin feel and featuring a lithe saxophone melody it’s a sunny start to a primarily upbeat and joyful album. At the midpoint, the song morphs into a funky rock groove with a great bass solo from Capoccitti before returning to the head arrangement.

One of my favorite tracks is the bouncy First Impressions. While the title alludes to the Coltrane piece, sonically it reminds me more of what a hypothetical collaboration between Wayne Shorter and the Dave Brubeck Quartet might have sounded like. This piece is a showcase for Fabrizi’s alto saxophone which he puts to excellent use during his melodic solo section. The most obvious homage in this piece is the Take Five-inspired drum solo.

I was most impressed by Andalusia, a lovely, driving Latin-based vamp which inspires some of the best solos on the album. Of particular note is the soulful and gritty tenor sax workout which creates some significant heat, it’s a “let the hair down” moment on a primarily tightly reigned-in album.

And therein lies my primary caveat with this album; it’s incredibly polite.  However, depending on the audience that could also work in its favor. As a “foot-in-the-door” album it fits the criteria nicely; keeping things upbeat, melodic and accessible. But I think for the hardcore jazz fan (and more adventurous prog rockers) it does tend to stay frustratingly between the lines. I kept hoping they were going to notch the intensity up but it never really happened.

Möbius Strip shows definite promise on this album and it’s a very engaging listen, I just hope they push the boat out a little farther on their next voyage.