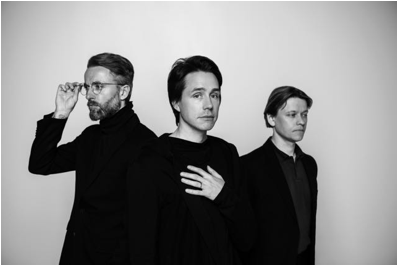 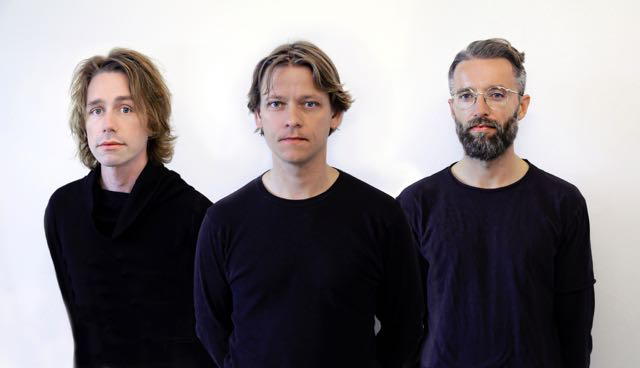 Danish band Mew have announced Pre-order details for their seventh album ‘Visuals’, due to be released on April 28th.

Frontman Jonas Bjerre has worked on the projections for the band’s live shows since their early days. Usually, the Danish trio finish an album and Bjerre gets to work on the visuals. For their seventh record, though, the singer decided to turn things upside down, working on the visuals first and seeing if they informed the music. The resultant record feels like a culmination for one of rock’s most ambitious and inventive groups: Visuals is where Bjerre and his bandmates, bassist Johan Wohlert and drummer Silas Utke Graae Jørgensen, join the dots of a career that has spanned over two decades. “We do everything on this album ourselves,” says Bjerre. “We produced it ourselves, I did the artwork, I’m doing the visuals. Visuals felt like a fitting title. I like the idea that each song has a visual aspect to it somehow.”

You can pre-order the album here:

Mew have a tradition of, as Bjerre puts it, hiding away in a cave for three or four years between albums. The tour that accompanied 2015’s +- album found the band reaching a creative peak that they felt was too exhilarating to be dampened by a period of extended cave-dwelling. They arrived home with demos that had been written on the road and the spark was lit. They wanted to break the cycle and make an album quickly. “We just felt like, “if we do it the normal way, it’s gonna be another three or four years before we get to do it again’,” says Bjerre. “If you keep doing it like that, ultimately you make a handful of albums and then you’re ready for retirement.” The trio wanted to make an album spontaneously, keeping the energy they’d generated on the road going.

Listen to their new song ‘Carry Me To Safety’ here:

They set to work in Copenhagen and started knocking the demos they’d written on tourbuses and in hotel rooms into shape. At the same time, new songs were emerging in reaction to what was going on around them. Mew aren’t a political band but couldn’t help but be affected by rolling news and the death of an icon. “It was pretty dark last year, so some of the darkness in the lyrics comes from that. You definitely get the feeling that things don’t last forever when someone like David Bowie dies.” Visuals was completed in just under a year – what Bjerre describes as an “incredible” feat for a band used to periods of prolonged tinkering. “Spending less time on it, you can still maintain the feeling you had when you first wrote it,” says Bjerre.

‘Visuals’ is Mew at their most compact, their chemistry at its most potent. With only one song over five minutes, it’s their most concise album. Bjerre says there was no need for a grand, overarching concept. Each song on ‘Visuals’ represents its own little chapter and story: nothing needed to be overly long. “Each album is like a collection of thoughts and ideas that fit the time we’re in,” he says. “They’re like little diary entries, except they’re a little bit more veiled perhaps. To me, albums are memories of times in my life.”

Recorded and self-produced in Copenhagen, ‘Visuals’ was completed in under a year and sees Mew at their most concise, each song representing its own little chapter and narrative. The first taste of the album comes in the shape of the mesmerising intricacies of the album’s finale Carry Me To Safety.

Meanwhile, the slow-build euphoria of album opener, Nothingness And No Regrets, and expansive 80’s-style pop of The Wake Of Your Life countered by the discordant stomp of the intriguingly titled Candy Pieces All Smeared Out and blissful glide of In A Better Place, compete across eleven tracks that convey an irrepressible ebullience of a band on their debut album.

Many of the newer tracks evolved in light of what was happening globally. “It was pretty dark last year on many levels, so lyrically that definitely came into play, it’s an important reminder to treasure the here and now,” says Bjerre. Visuals feels like the culmination for one of rock’s most ambitious and inventive groups.

Twenty years into their career, Visuals is the distinctive sound of Mew seizing the moment…

New European tour dates have been announced for May 2017. So, I’ve done my ‘Best of 2015’ list but there were so many that nearly made the list and should still be on your ‘Wallet Emptying’ selection that I couldn’t let 2015 close out without giving them a mention……….. Progressive, bluesy, funky and with a whole lot of soul and some scorching guitar solos, love it! What they do is make brilliant, spaced-out, psychedelic music that could only come from Djam Karet and ‘Swamp of Dreams’ is a perfect example of their skill and flair. Mad bad and brilliantly dangerous, whether you’ll come out the other side with all your mental faculties is another matter entirely. It’s Power-Prog, will it appeal to everyone? I doubt it but, those that do appreciate this band’s excellent music have really dropped lucky this time, well done chaps! 2015 continues to deliver some very high quality releases and 3RDegree have muscled their way well up that list. It feels like a labour of love and the skill, energy, blood, sweat and tears that have been invested in this production can be felt by all who hear it. I found ‘Supernatural Casualty’ to be a box of delights. At sixteen tracks it is perhaps two or three songs too long but that doesn’t detract from what is a thoroughly satisfying piece of music. Aided by some superb musicians and a vocalist who has the skill and inherent ability to deliver everything needed, what we actually have here is an outstanding musical release.