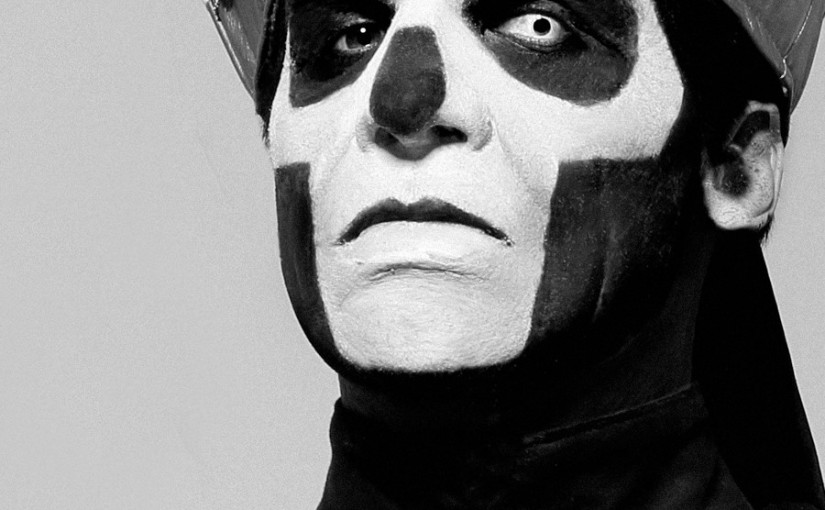 This time, Gary Morley ventures across to the darker side….. ‘Mr Wallet Emptier’ has thrown me a curve ball, as our colonial cousins allegedly say. He wants me to review something contemporary. Of my choice.

I tend to buy things on gut instinct. I will follow my nose and purchase something that sounds interesting, direct from the band – I recently purchased 3 Paul Garner Band CD’s from him via a link from another FB friend who’s CD’s grace my shelves (Thanks Robert Fleming from Crowd Company for that).

So if you like good funky blues from a guitar / Hammond /drum trio, then I recommend Paul , he will exceed your expectations, several times over. You can purchase his fine CD’s from his website:

But this is not the artist I’ve chosen to write about.

Blue Oyster Cult: Imaginative, thought provoking lyrics combined with a Prog / Pop/ Heavy Rock base coupled with instrumental dexterity, were one of the bands that sound tracked my life.

I first heard Don’t Fear the Reaper whilst in the Sixth Form. The album ‘Fire Of Unknown Origin’ was a college favourite. ‘Imaginos’ was the noisiest, most “Heavy” album I possessed…

Time has taken me down a road away from their bombast and we now wave at each other as we travel. Earlier this year I heard a track Cirice from a band called Ghost. It was hook ridden, a real earworm. It starts with a simple guitar motif, then cymbals and a piano…

Then the bombastic riffing a la Cult…

The inner teenager was playing air guitar along with it. The vocals are not your typical metal screamer, but a baritone voice that was questioning , pleading with us to share their experiences. The dynamics and song structure –pure BOC, all that made them what they were, has been absorbed by this bunch of Scandinavian mystery men.

They have written a proper song, with a chorus, middle eight, simple, elegant guitar solo and a big, big drum sound. My musical interest was engaged. Time to utilise a tool my teenage self could only dream about – the internet. Several clicks and a bit of research later, I find that the band are a bit of a “cult”… They have surrounded themselves in a cloak of mystery in as much as no musicians are credited on the album, the band members are only referred to as the “faceless ones” and all wear masks on stage, except the singer, known as Papa Emeritus, of which there have already been 3. His image is that of a zombie cardinal, calling his followers to worship.

This is where the Progressive factor hits.

The band’s image is straight out of a horror fan’s psyche. The lyrics, to me are tongue in cheek, dark and ambiguous. They sing about their “Master”, and the underlying suggestion is that they are indeed talking about a fallen angel, a contrasting polar opposite to Neal Morse’s evangelical position.

Out of deference to those that take these things far more personally than me, the lyrical subject may not be to everyone’s tastes, but then “Hard Christian” rhetoric alienates as many as it delights, so approach with an open mind, this is a well crafted tuneful and accomplished collection of tunes. Yes, Tunes. That’s the thing. Beneath the imagery, the stage shows and the media baiting, it s the tunes that enable this to stand on its own merits.

Yes, their Hammer House of Horrors imagery paints a dark picture, but musically they are full of joy, bringing a guilty thrill as you listen in. Are they serious? Well, the old cliché about the Devil having all the best tunes could be wheeled out to explain the whole of this album. It’s no more likely to get me dancing around a wooded glade under a full moon than the film ‘An American Werewolf in London’ did when I was a student. It’s not scary, it’s not unpleasant, it’s just hook ridden, lyrically ambiguous rock music.

The album is chock full of songs that could have graced AOR radio in the late 70’s. There are soaring choirs layered on a rock back beat, skilful dual guitar harmony playing that reminds me of Wishbone Ash or Thin Lizzy.

Listening again, as I write this, it’s the hooks that get me, the juxtaposition of “angelic voices” as the coda of Deus In Absentia, the final track is pure Jim Steinman era Sisters of Mercy bombast.

Listen or watch the video for Circice, check them out on You Tube etc, but don’t reject them out of hand. Especially with Halloween just around the corner!

Or try this for a Halloween treat…….