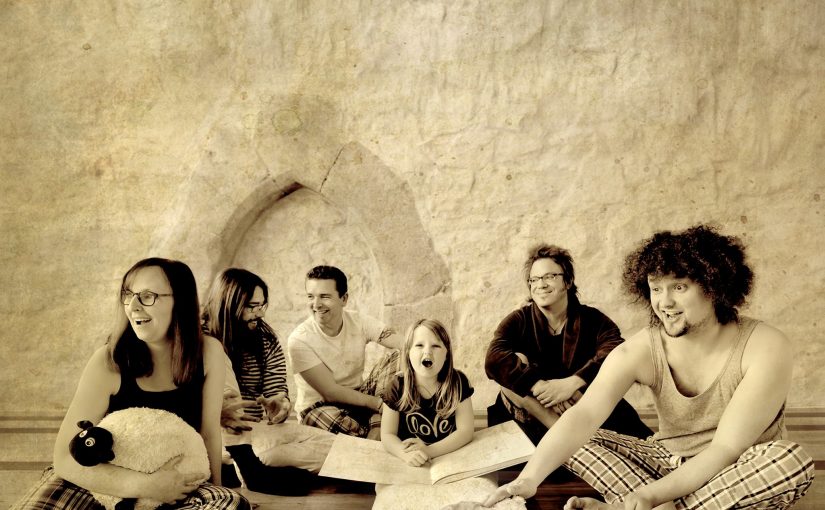 It was about the middle of the first decade of this century that I got a little bored and disillusioned with the whole ‘prog’ genre. Bear in mind by this time I had been reviewing prog, going to gigs, interviewing musicians and buying CD’s since about 1995, so I was in my mid 20’s (I started young) and needed something that wasn’t a constant retread of something that had been done before (& better) and by sheer fluke I discovered folk and folk rock.

This opened my eyes to a totally different musical discipline, an area where it wasn’t just about how many notes you knew, or how fast you could play them, being able to cover the entirety of Pink Floyd’s Comfortably Numb (complete with note by note solo) wasn’t a defining factor as to how good you thought you were, instead it was a wide genre developed on ‘word of mouth’ music. Some songs were unaccompanied; some had minimal instrumentation and maximum vocals. Coming from the rockier end of the musical spectrum, listening to singers accompanied by minimal instrumentation and where the theory of ‘less is more’ was positively encouraging, it was like a breath of fresh air. These were real songs, about real people that had the impact to move you and draw you in. I’ve always loved narrative songs, and so the movement into folk where there was a heady mix of songs about witches, Noblemen, peasants, fools provided a wonderfully rich tapestry of characters (and it’s interesting once you start listening to the whole folk/folk-rock scene, how much of this stuff seeps through into Terry Pratchett’s Discworld series) and some amazing musicians.

What’s even more exciting is that folk music and prog have always strolled together, crossing and entwining, you only need to listen to Fairport Convention’s ‘Full House’ or Shirley Collins and the Albion Band’s ‘No Roses’ to discover folk prog, whilst Jethro Tull’s ‘Songs From the Wood’, ‘Heavy Horses’ and ‘Stormwatch’ are widely considered their folk trilogy (although elements seep through later albums including ‘Broadsword and the Beast’) and bands like Comus, Trees, Dodson and Fogg and Big Big Train pull elements from cross genres to create contemporary folk songs.

Folk songs literally are the songs of the people, sung by the people, and when Martin in his Progradar Penthouse posted about this album being a great piece of folk prog, well I took one look at the album cover and Martin’s description, and knew once again that this one had to be listened to intently.

Now this duo is not a name I was familiar with, but I am always eager and ready to have a listen to anything new that takes my fancy, and diving into this I was very pleased with what I found.

The duo of Mau and Schnella wrote all the songs on this album, and are accompanied by a phalanx of friends who help enhance and round out the sounds on this album, but the driving force here is Mau’s fantastic voice, and Schnellas wonderfully dextrous guitar work. From the opening The Spire and the Old Bridge, with it’s powerful narrative about flooding a town for a reservoir, one which is all too familiar for people who lived in areas of the peak district, and as I said earlier this is songs about people sung by people, and Melanie with her vocals draws you into the story.

The harmony vocals between them both are also sublime, which is as it should be on a record like this.

If you pare back the instrumentation and bring it down to the vocals and the guitars then there is no margin for error, and there is no error throughout this record, as both musically and lyrically it hits the spot.

Melanie and Martin are both experienced musicians and storytellers, and throughout this album (particularly the clever segue from The Spire and the Old Bridge to Treasured Memories) the songs flow like a fine wine, and I continue to be impressed by musicians who write songs in English when it isn’t their native tongue (particularly when the lyrics here have warmth, depth, emotion, and are better than some English lyrics I’ve heard recently) they go to their native Germany on the dramatic and fantastic Die Zwerg vom Iberg, (The Dwarfs of Iberg) which again flows into the The Dwarfs King.

Not only do they know how to write a tune, draw in some wonderfully heartfelt lyrics (My Dear Children, with it’s evocative imagery and lyrics that come straight from the heart) they also know how to structure an album.

This isn’t a dip in, dip out record, this is an album you put on the CD player (sorry Martin, doesn’t look like a vinyl is available) settle down in your favourite armchair and let the luxurious music immerses you as you get drawn into their world.

From drowning villages to cowboys (Wild West) sublime guitar playing and fantastic harmony vocals, then what’s not to love about this record?

As well as being musical partners Melanie & Martin are partners in life, and this record bristles with the emotion and warmth that couples making music can bring, and this can nestle comfortably alongside musical partnerships like Richard and Linda Thompson or John & Beverley Martyn, as it’s musical chops more than brings this up to being in that illustrious company.

This, as you can imagine is fantastic musical journey, a step away from the normal prog that I get to listen to, and draws me back into the folk side of things, which is where I go when I want some emotional power, and this album has it in spades.