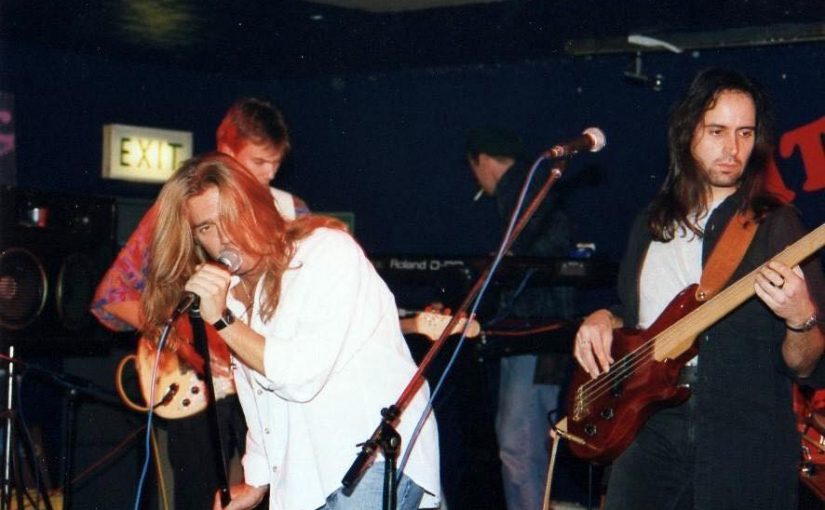 Listening to music, for me, is immersive. I wish to be enveloped in melody, washed over by lyrical whimsy and transported through waves of sonic delights to transcendental states of heightened perceptions. I want to fall into music, to feel emotions and to become at one with the albums I listen to. Much of this requirement I blame on Pink Floyd’s 1973 masterpiece, ‘Dark Side of the Moon’, as that is an album set a bar, that for many, is a totally unrealistic target with only a few bands reaching somewhere close; Fish era Marillion, moments from Dire Straits, recent albums from John Grant and Public Service Broadcasting standing out.

Putting on my headphones and listening to the six tracks on the new album from Starfish64, ‘The Future In Reverse’, I was reminded greatly of these highlight moments of musical enjoyment for me as the band, which comprises Dieter Hoffman, Henrik Kropp, Martin Pownall and Dominik Suhl (ably assisted by Kass Moody, Julie Pownall, Jan Thiede and Simon Triebal), have created a delicious flight of fantasy that echoes (pun intended) Floyd in its sweeping and swooping harmonies between guitars, keyboards and voices. Minimal in its concept and use of equipment, it nevertheless has shown craftsmen at the top of their game giving full vent to their talents.

For me, the great joy of this album is the interplay and harmony between guitar and keyboards, reminiscent of Messrs Gilmour and Wright but also, and perhaps more so Steve Rotherey and Mark Kelly of Marillion. I recently reviewed, for my own website:

Marillion’s last album where one slight criticism I gave was that I felt that many of the tracks felt like Steve and Mark were either held back or didn’t give themselves total full reign to really expand and develop their interplay.

‘The Future In Reverse’ does this, in spades and with knobs on; beautifully, elegantly and expertly. The harmonies developed are sumptuous, they drive with focus and they help create what is a most immersive and enjoyable listen.

Order this album from bandcamp here