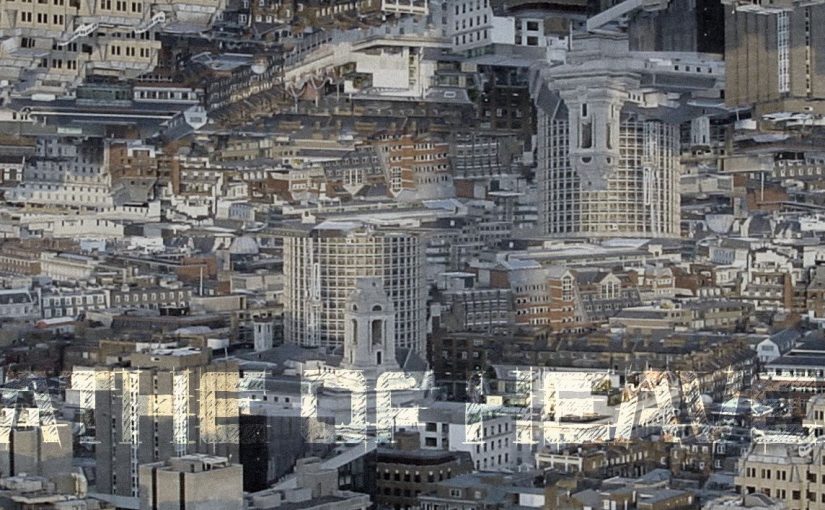 “Lathe of Heaven sounds religious doesn’t it?  And it is, sort of.  Vaguely.  Well, almost entirely unlike religion as it turns out.  To explain…

A favourite novel of mine is The Lathe of Heaven, by Ursula Le Guin.  While writing the book, she was apparently very taken by some Taoist verses by Chuang Tse XXIII, which she used here and there in the story.  The book title is from one in particular:

‘ To let understanding stop at what cannot be understood is a high attainment.  Those who cannot do it will be destroyed on the lathe of heaven.’

Years after the book was published, Le Guin discovered that this is a terrible translation of the original writing, but it was way too late to do anything about it.  She still liked the sentiment though, and so do I.  I take it to mean something like, ‘To know that something is unknowable, but still struggle to understand it, is a path to madness.’

So why did I call this project Lathe of Heaven?  I’m not letting on, but if you think about it hard enough, perhaps one day you will understand.”

Songs about lust for power, mass extinction, chocolate, apathy and the Voyager spacecraft – Lathe of Heaven is a solo music project by Martin Giles from Hampshire, UK. Martin spent 30 years in the music industry, first as a recording engineer, and then mastering at CTS Studios and then Alchemy Shoho in London.

‘Now There’s No Room’ is a statement about the world we live in and how humanity is impacting on that world.

Martin quotes in his blog on the Lathe of Heaven website:

“So these days, I’m preoccupied with all the ways we’re screwing things up, and all the forces that conspire to maintain this catastrophic momentum. On the other hand, there are a few signs of hope, a few people who make a noticeable change for the good, and I write about them too.”

This is an album full of melodic, song-based tunes, a truly progressive album in the sense of the word. Martin Giles is a very accomplished musician and his obvious production and mastering skills are evident in every note. The Sibylline Books is a gentle and elegant piece of music that sets the tone for the whole record, the impressive vocals are measured and smooth and lend an authoritative hue to the track, ‘You don’t know what you’ve got ’til it’s gone.’ Never a truer word…

Now There’s No Room is a melancholy and yet almost spiritual song, its pensive mood belying the graceful delivery of the vocals and ethereal music. As it comes to a close it leaves a burning emptiness inside you. How long until all the figures of speech we have that allude to animals are made permanently obsolete? Misunderstood takes the hard rock root with a stylish riff and gravel edged vocals that would have made Joe Cocker proud. It’s jaunty, devil-may-care feel is infectious, it’s all about how to avoid worrying about anything.

There’s a sparse, oriental feel to the minimalist beginnings of  Suit (some of the villains of the piece). It has a meandering, spacey jazz feel running throughout with the laid back drumming and stylish guitar. This is music for the mind, it encourages and instigates discussion and thinking. The Barefoot Chocolate Maker is, by way of contrast, a true story about a good man who really made a difference. To my ears there is a feel of ‘Wish You Were Here’ about the track. It’s simple delights bewitching, the story is all you need, no embellishments. The wonderful extra track Theme is a musical palate cleanser and enthralls with its childlike innocence and uncomplicated delights.

Marionettes has a slow buring beginning that blossoms into another effortless piece of music. I have to mention the vocals that, throughout this album, have been very impressive and lend a mature feel, an agelessness beyond our years, tot he music. The wonderful keyboards and acoustic guitar again giving a nod to Floyd, ‘The puppets refuse to return to the box’. This album just keeps getting better, Martin has proven himself as a very intelligent songwriter throughout and Panopticon/Rome Burns is no exception. Perhaps darker than the other songs with a very profound and influential feel to it, it showcases the subtle and discerning side to Martin’s skillset and asks the question ‘How much do we really know, and how should we respond?’

This thought provoking album comes to a close with The Last Song that subtly says, ‘We certainly won’t be around in a million years. Will there be anything at all to hint that we were ever here? Calmness personified with the delicate guitars and hushed vocal, it certainly leaves you in a very thoughtful frame of mind.

Intelligent, inventive and perfectly crafted, ‘Now There’s No Room’ is a captivating and utterly absorbing fifty-four minutes of intriguing and provocative music and an album that Martin Giles should be immensely proud of.

Order direct from the Lathe of Heaven website here