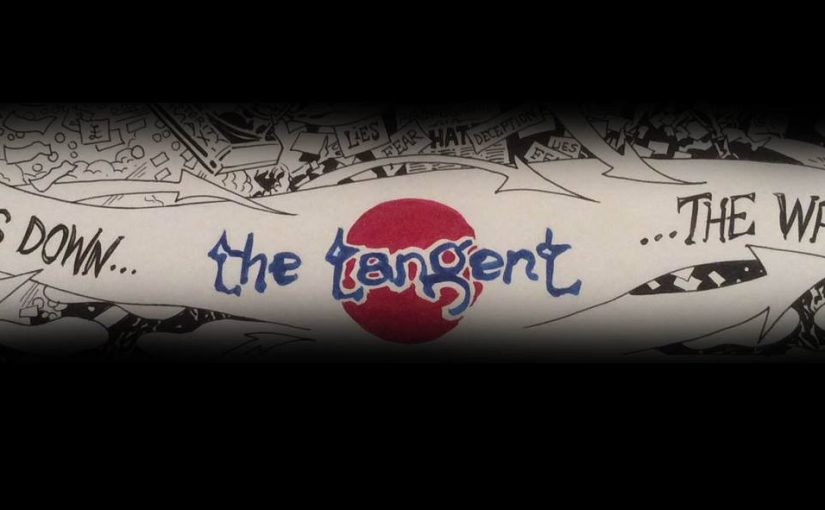 Progressive rock stalwarts and innovators The Tangent return, after main man Andy Tillison’s heart attack last year, with  a great lyric video for single A Few Steps Down The Wrong Road and you can watch it here:

Andy wanted to return to the more socially aware music that he has generally written since he was a teenager.

” …obviously it’s something where we;ve beaten the punks, the independents, the Bonos and Stings to the post in having something to say about the Post Brexit racism. The song is NOT about Brexit itself… that wouldn’t interest me enough to write a song…”

In an announcement on the band’s facebook page he went on to say,

“It’s a song from a man who loves his Yorkshire, his England, his Britain and his Europe more than the self serving hacks from the tabloid press seem to love anything.

This is The Tangent. We are a PROGRESSIVE ROCK BAND. This is our new song. Play as loud as you can – and make sure you listen to the very end.”

The track, and the band’s upcoming as-yet-untitled album, will feature artwork created by renowned UK comic artist Mark Buckingham, who has provided designs for both DC and Marvel as well as artwork for The Fierce And The Dead.