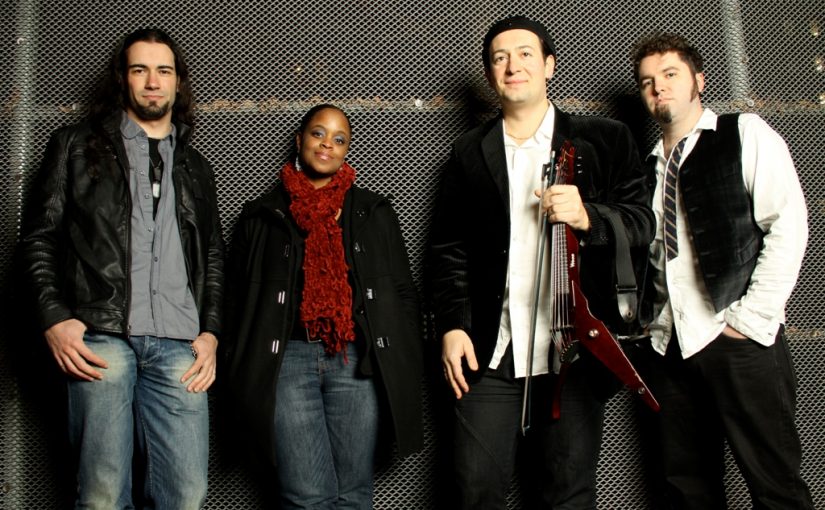 “Guilty of Innocence” highlights include a reimagined cover of Muse’s “Hysteria,” a 12-minute prog epic titled “Soul Food” which features many of the guests mentioned above, plus “Dream Diary Cadenza,” a solo electric violin extravaganza lifted from Joe’s electric violin concerto.

In a Statement from Joe:

“We are honored to be part of Melodic Revolution Records, and feel it will be a strong partnership, “We would love to expand our audience worldwide, especially in the prog community. We love Nick’s commitment to and enthusiasm about the artists on his label.”

In a Statement from Nick Katona President MRR:

“I’m a long time fan of the band and look forward to this journey of making music and magic through our collaboration.”

Melodic Revolution Records is more than just another independent record label: we are a family of individuals and musicians that work hard together like a well oiled machine, bringing the music listener, music that inspires, and makes us think, while cultivating memories – music that will stand the test of time. It is through this family atmosphere that new collaborations have evolved to create a rich blend of dynamic new music.

As a renowned violinist, Joe has recorded/performed with Ritchie Blackmore, Bruce Springsteen, Sheryl Crow, Trans Siberian Orchestra, Peter Criss, Jazz at Lincoln Center, NYC Ballet (electric violin soloist), Phoebe Snow, Les Paul, Renaissance, and Mark Wood to name a few. He is an active teacher/clinician and published his book, “Plugging In: A Guide to Gear and Technique for the 21st Century String Player” through Mel Bay in 2012. He also recently world-premiered his “Dream Diary: Concerto for Seven-String Electric Violin and Orchestra” with the Muncie Symphony in 2015.

Stratospheerius has showcased their “frenzied melange of progressive rock, jazz fusion and funkabilly” throughout the world at colleges, festivals, and clubs. They have opened for artists including Alex Skolnick, Martin Barre, Tim Reynolds, Mickey Hart, Mike Stern, and John Scofield. The band was a winner of the John Lennon International Songwriting Competition the Musicians Atlas Independent Music Awards. They have been featured in Progression, Relix, Downbeat, and Jazziz, among other publications.

Further Information Can Be Found At.

What the critics have said.
“Stratospheerius does not play what you want; it plays things you didn’t know you wanted.”
– Dan Roth, Progression