This is great. A big dollop of proper pop. A slice of singalong hooks, followed by the rest of the cake. The earworms you didn’t know you needed until they wiggled down your eustachian tube and wrapped their little bodies round your cochlea. Your new favourite album.

Bad Elephant Music might be a progressive-rock-adjacent label but this is not prog. Sure, there’s the occasional change in time signature and the combining of a few different genres, but nothing of the 1970’s prog world here. This is a song of short, ‘proper’ songs.

Which is not to say it’s conventional, or obvious. Just that it ain’t prog.

I have to declare two conflicts of interest. One is that my music is released via the same label as this album. The other is that I am already a massive Mothertongue fan. I’m not pretending to be unbiased with this review. Ever since I heard the opening lines of their first album ‘Unsongs’ I was in love.

‘I’ll work the pedals and the devil can steer, things are gonna change, gonna change round here….’

Isn’t that a perfect lyric?

I interviewed two of the Mothertongue boys for my now defunct podcast ( https://soundcloud.com/tomslatter-310392094/the-sunday-bootleg-ep43-mothertongue-fodder-for-the-slander-cannon ) last year when they were putting the finishing touches to this album and they gave me a little bit of a low down on ‘Where the Moonlight Snows’.

Where ‘Unsongs’ was written across different sessions and several years, ‘Where the Moonlight Snows’ was a recorded as one project. Where part of the charm and brilliance of ‘Unsongs’ is that it sometimes has the whole band throwing their kitchen sinks at the listener at the same time, this a more crafted affair. The band have really thought about arrangements here. Just as I typed that, the song Ofelia, playing in my headphones, got to a part about 4:20 in where a vocal countermelody joins in, along with some drums and high pitched arpeggios in the right hand speaker. You get the impression, with little moments like that, that Mothertongue have really spent a hell of a lot of time making this thing perfect.

One thing I also learned from interviewing them is that the band has a UBS stick of ideas that makes its way around the band, being added to and mined for songwriting ideas. There are sections of songs here that have been hanging around for ages, waiting to be finished, right up against what I presume to be newly minted moments. I couldn’t tell you which is which, though I know it’s true. The finished songs are seamless.

What does it sound like? There’s plenty of English rock song here. I’m not sure of the band’s influences, but it reminds me of the indie rock that I loved in the 90s. That sensibility certainly seems to form the base of the band’s songwriting, but you can add to that moments of Americana, and the sort of string and trumpet playing that wouldn’t be out of place in arrangements of the Great American songbook.

There are three guitar players in the band, a trumpet player and a great rhythm section (not to mention great flute playing and perfectly adequate keyboard playing from guest musicians) and yet never once do things go latter-day Iron Maiden. You’re more likely to get a tasteful bit of delay-laced picking, minimal bass and sparse rhythm guitar than you are to get a wall of powerchords. I swear there are only a few places on the album where the whole band play together at the same time, but when they do it properly rocks.

What are the songs about? I have no idea, to be honest. I don’t think that’s necessarily a sensible question. What you get with Mothertongue is a relentless cavalcade of bizarre imagery, surreal semi-rants and words that you never expected to hear in the same sentence.

‘I climbed out of the creature tree to see myself what I could see.. it’s getting weird as a wasp in a beehive.’

‘Dream a dream I did, As a young toothless kid down a twisted road where the river flowed upstream.’

I pretty much love every line on this. I haven’t given a second thought to what the lyrics might be about. Because meaning in popular music doesn’t come primarily from the lyrics, they’re just one element along with hook and groove and melody and arrangement. And when you put all those things together, what do you get? You get a collection of songs you can loose yourself in, to singalong to, to rock out to, to be slightly thrown when – as The Bullet has just done in my earphones – an unexpected synth line and fuzzy guitar suddenly takes you down a path you weren’t expecting.

Part of the charm of Mothertongue’s first album was it sometimes it really rocked out, but in between those rock songs it would throw something like Shango at you, which had no guitar on it at all, and was all about the vocals and horns. That inventiveness is just as present on ‘Where the Moonlight Snows’, thought it is fair to say this album has fewer out and out rocky moments than it’s predecessor.

What it does have is hooks. Armfuls and bagfuls of hooks and tunes and songs that you really need in your life.

And the rest. It’s all a highlight. It’s Mothertongue.

Order ‘Where The Moonlight Snows’ from Bad Elephant at bandcamp here 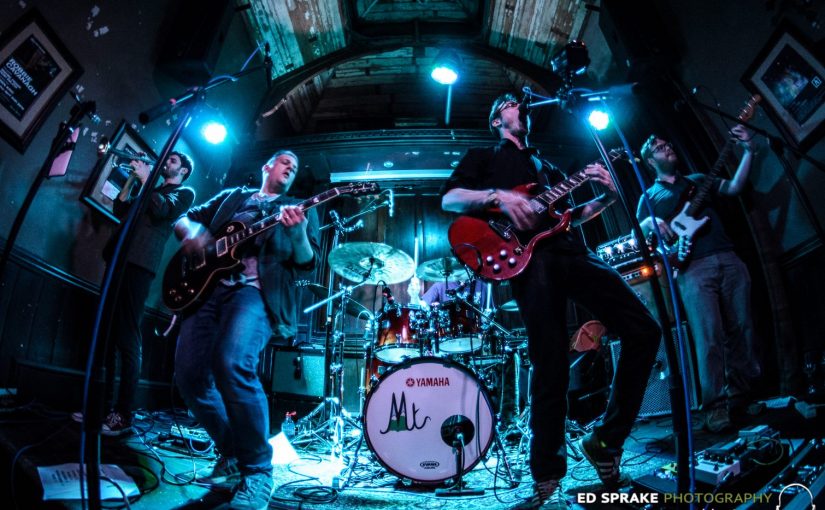