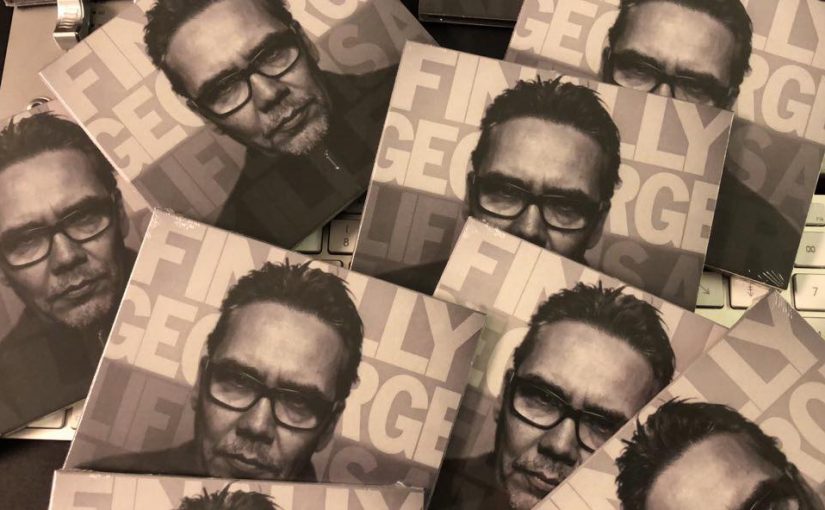 “Finally George is the epitome of flawlessly arranged and recorded prog-rock pop music – endlessly deep tracks that ache with the pain of separation. With addictive walls of sound that repeatedly build up to monumental proportions.

So says the PR blurb for this brainchild of George Hahn, a well-known sound artist in Hamburg’s studio scene. Here, he performs the roles of producer, session musician and commissioned composer.

I’ll tell you something, the PR blurb isn’t wrong in any way, shape or form, these ten tracks are superbly constructed and delivered to give an album of cultured musical gems.

Take the time to sit down and listen to each track and you will hear subtle influences of well known acts, I hear a little of RPWL here, a smidgeon of cosmograf (check out the superb Time Stands Still) and a touch of Marillion and IQ there all combining to give an uber-impressive listen, like the musical equivalent of the most comfortable duck down quilt you have ever experienced.

For the percussion parts, George found someone whose name carries serious weight in the music business: Todd Sucherman, the drummer of legendary US rock band Styx, who works as an online session drummer in his spare time. He adds considerable weight to these intensive tracks and their many layers of sophistication.

The album also features Erlend Krauser (ex member of Lake), John Engehausen and Ralf Bittermann who deliver the impressively cultured guitar sound. The gnarled sounds of the Hammond organ come courtesy of Detlef Bösche, whereas George secured the services of pianist Matthias Pogoda for the wonderfully evocative title track Life Is A Killer.

Some of the guitar parts are reminiscent of Gilmour at his height and they do give a Pink Floyd ambience to a few of the songs, not that there’s anything wrong with that. There is a genuine feel to every note and every word sung. No, there’s nothing groundbreaking here but, to re-use the word, there is a flawless quality to this album. There’s a place for everything and everything has a place.

Order the album from the artists online shop: