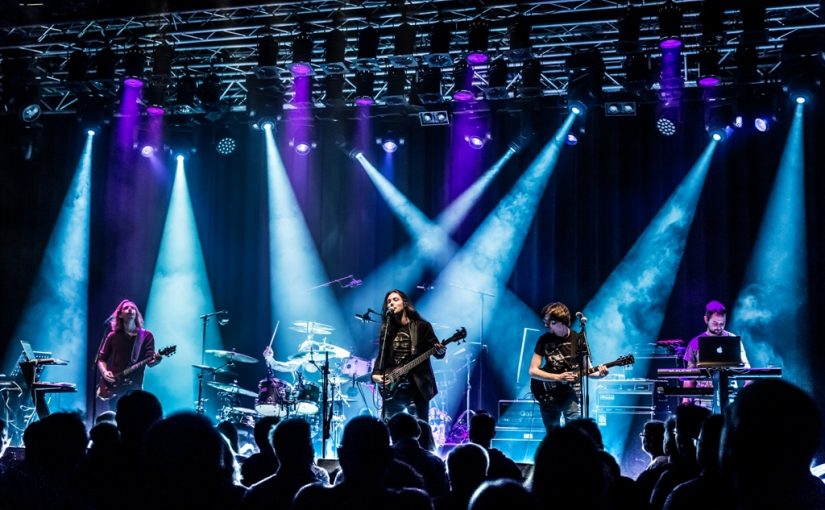 Described by Prog magazine as sounding like “Queen having a barney with Dream Theater as Rush and Iron Maiden duke it out on the sidelines,” UK Prog Metallers HeKz have announced that their third album, “INVICTA”, will be released on Friday 20th April 2018 via BMH Audio.

Taken from the Latin word for “unconquered”, INVICTA is a celebration of perseverance and resilience. The ten songs come together to form a story of betrayal, loss, reconciliation and hope. Far from straying into the realms of fantasy, the songs are rooted in real experiences, reflecting the triumph and defeat that we all encounter on our journey through life and, in the case of the latter, how we can choose to be consumed by it, or fight on and emerge stronger.

“Each time we start a new album, it feels like we learn a little bit more about the DNA of HeKz and, at the same time, find new elements to add to it,” says Matt Young (lead vocals/bass).

“I feel that INVICTA is a great reflection of that, as you’re going to hear all of the things you’d expect from us but with some flavours we’ve never explored before. We’ve drawn on new influences for some of the songs, some of which would seem like an odd combination with the sound we’re known for, but we’ve tackled them in our own way and it blends superbly with what we do to create for some exciting moments in the album.”

“I think that this experimentation comes from allowing ourselves a little bit more time to collaborate on the songs this time, and the results of that combined effort have really lifted the album. I can’t wait for everyone to hear it!”

INVICTA was recorded at Liscombe Park & Visconti Studios, and the band’s home studios in and around London, and was mixed by producer extraordinaire John Mitchell (Lonely Robot, Kino, It Bites, Frost*, Arena) at Outhouse Studios, UK.

The album is currently available for pre-order from www.hekztheband.com, and will be released worldwide on Friday 20 April 2018. Fans who pre-order before Friday 23rd March will receive their copy one month before the official release date.

To keep up to date with all of this and more, join the band on social media and subscribe to their newsletter at www.hekztheband.com.