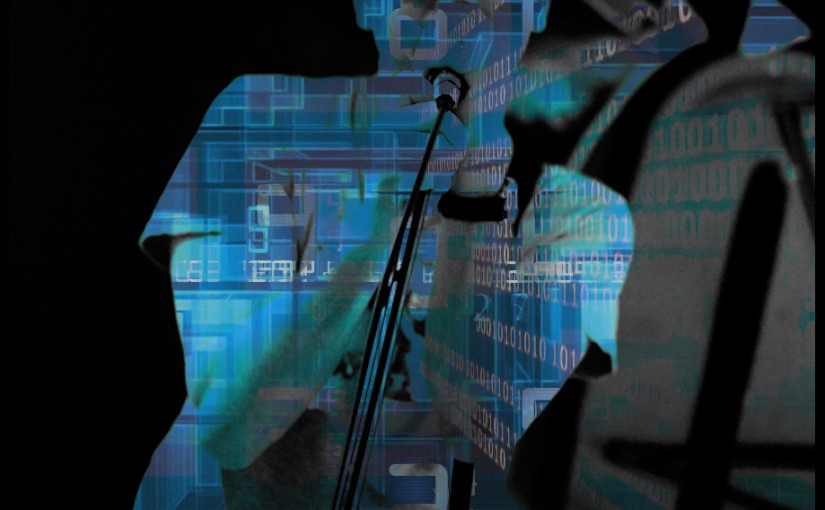 “The music industry is a strange combination of having real and intangible assets: pop bands are brand names in themselves, and at a given stage in their careers their name alone can practically guarantee hit records.” – Richard Branson

So, is ‘Old Beardy’ right? To a certain extent, yes he is. You have probably gone out and bought an album, without hearing any of it, just because you know the band and like them. Their name imbues some sort of guarantee of quality, that you are pretty certain to be listening to a really good album. Of course, there are exceptions to every rule (in my case, the execrable ‘Van Halen III’) but this will ring true most times across the board.

Now, how many times have you looked up a band on Youtube, spotify or the like just because you liked the name of an artist you had never heard before? and, to flip it on its head, how many times have you ignored one because you hated their chosen moniker? We can be fickle when it comes to things like this and, because of our dislike of a simple rubric, we can be missing out on some rather excellent music.

No such chance with Hats Off Gentlemen It’s Adequate, that is one brilliant band name and made me want to listen to their music immediately. Thankfully, I was not disappointed! Hats Off Gentlemen It’s Adequate, a proggy, rocky, funky, defiant and sometimes poignant band from London, UK, is led by Malcolm Galloway, either on his own, or with his colleagues Kathryn Thomas (flute), Mark Gatland (bass), Rudy Burrell (drums) and Ibon Bilboa (guitar). Malcolm is a singer/songwriter/multi-instrumentalist,  and part-time neuropathologist and medical school lecturer.

“’When the Kill Code Fails’ is a fascinating expression of the angst and wonder of an AI as it learns to live. It’s science fiction rock: sometimes moody, sometimes serene, with a positive message – no AIs taking over the world here. If you ever wondered what music an AI would listen to, this is it.” – Dr Peter Bentley, Fellow and Honorary Reader in Computer Science at UCL. Opener and title track When The Kill Code Fails begins in a spaced out fashion with an electronica infused introduction before the vocals begin, all hesitant and low key. This song introduces the AI character, Vic, and how he offers to help defeat a virus that could cripple the whole world. It is edgy with crashy guitars and a funky rhythm section but it is Malcolm’s striking vocals that carry everything along in his role as storyteller. Fast paced, rushing headlong to a potential global disaster, it keeps you on your toes and begins the album in a very dramatic manner. Broken Wave is a stylish instrumental that represents the nascent aspects of our AI character floating in and out of focus. It is like a slumbering giant, the electronica inspired music washing through your consciousness. You can almost touch the tendrils of the recombined DNA that drifts through this musically created world, it is quite eerie and spooky. A sombre guitar and drums open up Layers, a hard rock driven track that deals with the awakening of certain iterations of the AI, specifically Vic, the first one to act as if he believes he is alive. The punkish vocals really give the song impetus and the impressive bass playing gives an ominous feeling, all in an Iggy Pop style. Throw in an uber cool guitar solo and it just drips intelligence and class as it flies along with reckless abandon.

Another instrumental, Connections sees Vic exploring and developing via the internet. Again, it is really sci-fi inspired and quite dramatic and, to be honest, creepy and wouldn’t have been amiss on the soundtrack to Bladerunner, bringing images of a dystopian future. It feels like an awareness that is waiting for something, brooding, not in any hurry as it knows it has Millennia ahead of it. Now onto an in your face and rock orientated track. Head In A Jar, is a metaphorical song about how Vic feels he was brought into the world and his unhappiness. A harsh, staccato riff and siren like keyboards open the track before the irascible, excited vocals begin. This is angst ridden and just drips with a snarly discord. You can really feel the bitterness that is flowing form our character, he’s not very chipper at all. Link is an electronic instrumental, the AI is exploring more of the virtual world. This track has a real 80’s synth feel to it, almost Kraftwerk like in effect with its retro-futuristic note. Vic is getting fed up with being repeatedly confused about what he is and that feel runs throughout the dark feeling Going Down. A really low down and rumbling riff spurs the whole song on, Malcolm gives his voice a touch of disquiet and disharmony and the real stylish touch is the flute of Kathryn Thomas that adds a tangible sense of dangerous gaiety. I Still Remember You is the longest track on the album and is real brooding, slow burner of a song. Vic gets a bit angsty that the person he thought he’d been married to for many years is actually a false memory created from stock photography images. He can intellectually accept that, but not emotionally. The low key vocal delivery and subtly haunting rhythm create a real melancholy atmosphere which is only slightly lifted by the impressive chorus. There is a real depth of feeling to the song, an underlying hopelessness that grabs at you and won’t let go in a real addictive manner. The balladic aura is only emphasised by the deeply moving guitar solo that comes alive towards the end. The slow fade at the close gives emphasis to Vic’s artificial memory of a person dissolving. We move on to Vic’s acceptance of what he is on My Clockwork Heart and his belief in the substrate independence of consciousness. Jangly guitars and an insistent drum beat open the track before it runs off like a really good rock track. There are real similarities with fellow Brit proggers Traffic Experiment and an overall feel of a pared back singer/songwriter vibe running throughout the song. The rather excellent guitar solo, provided by Iban, adds a final coat of gloss to what is a short but sweet track.

Freerunning is a darkly compelling instrumental, Vic is running free and exploring his abilities. It gives me a feeling of being followed, chased even, by an unseen and unknown force and is quite chilling. Solace, Vic has become aware of the threat to both the virtual and non-virtual world posed by the virus. He decides to do what he can to fight the virus. This song is a reflection on mortality and the lazy, soul filled guitar is a knowing back drop to our protagonist giving up his virtual room, and moving into a more more authentic and dangerous (but still virtual) reality. The vocals drip with a heartfelt emotion and this quite beautiful song leaves you just about drained. Powerfully stirring, it really does move you in many ways. Glass Lithium, the final instrumental, Vic has had his virtual chains unlocked, and is out in the wider internet, dividing himself to attack the virus. He subdues the virus, although it can’t be completely destroyed everywhere and takes on the role of a protector, diffusely distributed across networks, watching out for a resurgent virus. This track could have been taken straight off the soundtrack to The Matrix and reminds me of Rob Dougan, sleek, smart and stylish. The undulating keyboards and swirls of sound emanating from the synths light up the way in your own imagination, beguling and mesmerising.

This inventive and intriguing musical release comes to a close with Alive, Vic has saved the real world from the effects of the virtual world being virus-ridden (hooray) and has come to terms with his identity. He is confident that he is both alive, and passionate about experiencing life. A jazzy and retro feeling song with a funky guitar riff and cheerful vocals it really does bring things full circle. The uplifting, fast-paced chorus takes you on an animated jaunt and the tight guitar work on the solo is a joy to behold. There are touches of early Who amid the classically elegant guitar work and it leaves you on quite a high as this charming record comes to a close.

I love it when new music lands on my desk with no fanfare or previous knowledge. Hats Off Gentlemen It’s Adequate may have a brilliant name but they also produce excellent music. Sometimes progressive, sometimes more rock orientated but, overall, it is an enthralling listen.

Read the story behind Vic and The Kill Code at this link and it will add even more layers of enjoyment to your listening pleasure:

The Story Behind When The Kill Code Fails

Buy the MP3 album from amazon