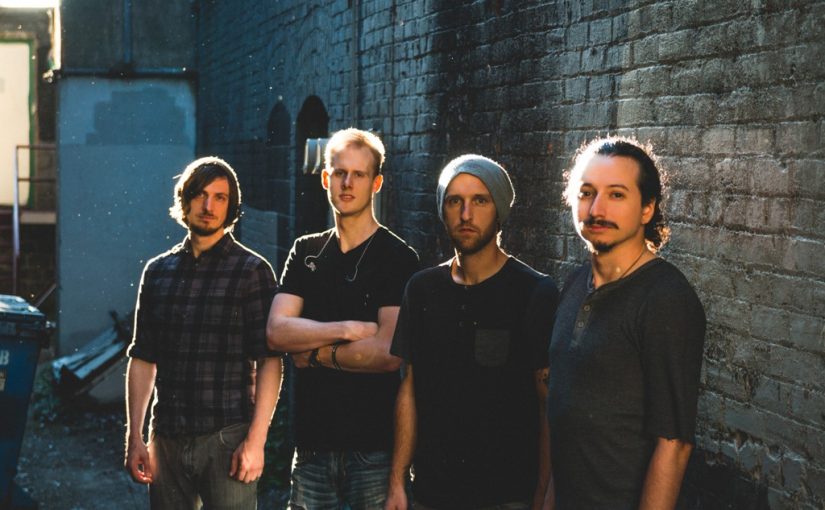 Salem, Portland based Progressive Metal band, Dusks Embrace have announced their fourth studio album ReAwakening, which is set to be released this Autumn.

ReAwakening will be a milestone for the band in many ways. This record introduces a new vocalist, Aldo Arevalo, as well as a whole new sonic palette for the band. This record is the coalescence of years spent working on various metal, EDM, electronic and video game style music. The wide range of influences have led this record to be as much of a sonic journey as well as a musical one. Not content to follow in the trend of chugging metal, Dusks Embrace have worked to create a record that is strong in songwriting as well as sonic direction. The atmosphere of the synthesizers and catchy melodies along with a focus on songs over technicality will be a breath of fresh air in the sometimes stagnate world of progressive music.

Commented founder and guitarist Josh Brewer: “The creative process for ‘ReAwakening’ has been very different from previous Dusks records. In the past I have written the majority of the material but did almost all the finalizing and production myself. This time around was the first real collaborative effort. I still wrote all the standards for the material but as I put the band together we rehearsed and added parts. Having the input from the other guys as well as the new vocalist really helped push the material to be more of what I have always wanted.”

He continues: “The biggest difference from our previous records is a lack of a  clear sense of stylistic direction. This was the first record that really felt like what I wanted to do and not what fit in to a typical genre. We have always had moments of progressive tinged music but it was always sandwiched in with the more metal over tones. This record feels more like a constant flow and nothing seems forced into the record. It manages to cover a wide sonic and musical palette without sounding like a gimmick.”

Dusks Embrace is a band that will soon define a movement. One that focuses on being able to write catchy, musically and sonically dense music that still plays on enough pop sensibilities to keep people coming back for more. The band is a shining example of the ability of independent artists in the modern age to push boundaries musically and independently release professional quality material.

Dusks Embrace’s fourth studio album ReAwakening is out this Autumn. The exact date, as well as the album art and track listing will be revealed in the coming weeks. The band has previously released a lyric video for “Face Forward” taken from ReAwakening.

Dusks Embrace on the web: