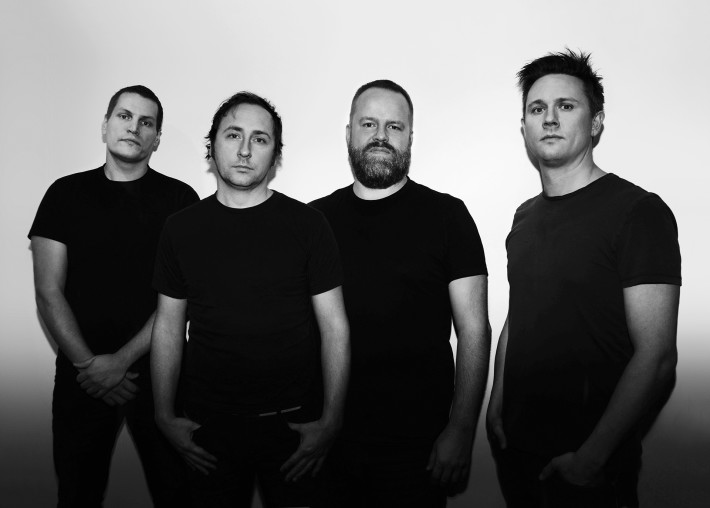 “To send light into the darkness of men’s hearts – such is the duty of the artist.” – Robert Schumann

“Mournful and yet grand is the destiny of the artist.” – Franz Liszt

Music moves me, succors me and mirrors my life through good and bad. I would be fair to say that, if it wasn’t for music, I wouldn’t be the rounded person I am today (no sniggering at the back thank you!).

There are certain bands that have delivered a new piece of wonder at exactly the right time, just when I need it to get through a difficult period. One of those was the Norwegian progressive rock band Airbag when they released their 2013 album ‘The Greatest Show On Earth’.

Their music is perhaps best described as scenic, epic rock or, as legendary Classic Rock Magazine said: “Reminiscent of a late-nite, laid-back Pink Floyd”. However you look at it, that record helped me immensely and I went on to say in my review:

“My life’s journey through the world of music has often been enjoyable and I have ploughed many depths and crested many rises over the years whilst searching for the music I love. I can honestly say that it is not often where  I am moved to call a piece of music near perfection or feel that it has had an actual impact on my life but, in Airbag’s The Greatest Show on Earth, both those statements ring very true.”

So, it won’t be difficult for you to imagine my interest being exceedingly piqued when I was notified of a new album coming from this amazing band in 2016… Airbag was formed in 2004 by 5 class mates from Oslo, Bjørn Riis (lead guitar), Asle Tostrup (lead vocals & rhythm guitar), Jørgen Hagen (keyboards), Anders Hovdan (bass) and Henrik Fossum (drums). The band released 3 EPs over the next 4 years before 2009 saw the release of ‘Identity’, the album consisting, mainly, of tracks released on 2 of the EPs.

The further release of 2011’s ‘All Rights Removed’ saw the band gain a solid following and reputation among both fans and the press which was cemented by their most successful release to date, the previously mentioned ‘Greatest Show On Earth’. Airbag has also become a solid live-act playing at several major festivals and as support and in double-bills with bands like Marillion, Anathema, Pineapple Thief, Riverside, RPWL and Gazpacho.

Of the new album the band said:

“‘Disconnected’ features six songs reflecting on the theme of alienation between the individual and society, what society expects from us as individuals, and our resultant failure to live up to those expectations. Each of the six compositions depicts the state of feeling on ‘the outside’ and out of touch with oneself and those around us.

Opening track Killer sounds very U2 like with the chiming guitar riff and metronomic drums driving it along, illusive keyboards adding a sophisticated backdrop. Bjørn Riis’ guitar is subtle in its delivery, stylish and urbane before Asle Tostrup’s instantly recognisable voice takes up the story. Full of emotion and sentiment, it washes over you with its velveteen aura. I find myself immediately drawn into this smart and urbane soundscape, enticed by the smooth brilliance of the music. Bjørn delivers a gorgeous solo, full of pent up passion and elation, that makes the hairs stand up on the back of your neck before the track segues into an instrumental section of depth and empathy that transfixes you on the spot.  Anders Hovdan and Henrik Fossum provide a rhythm section par-excellence, unobtrusive and yet paramount to Airbag’s signature sound and the dynamic and powerful close to the track is superb with Bjørn’s spine tingling guitar hypnotising you. Broken begins in a much more subdued fashion, a lonely acoustic guitar providing the plaintive, sparse soundtrack. It is quite mesmerising and that feeling intensifies as Asle’s wistfully mournful voice joins the fray. A wandering guitar note and delicate drums join with Jørgen’s ghostly keyboards to paint a refined scene before you. The tempo increases and the guitar seems to cry a lament before the vocals add a real heartfelt timbre to this rarefied song. I sat myself down in near darkness with my headphones on and a glass of red wine to listen to this track and it suited the mood perfectly, sombre and contemplative. The unhurried grace and delicate wonder that this track imbues leaves you caught in a moment, unable and unwilling to move on, as Bjørn’s dreamy yet mournful and meditative guitar takes centre stage. Seven minutes of pure grace comes to a somber close and you let the silence envelop you, secure in your solitude. Darkly mysterious sounds open Slave in an enigmatic and cryptic fashion. A slow building and slow burning introduction that puts you on edge before Asle’s vocals add an even more secretive edge to proceedings. A deliciously cabalistic guitar tone from Bjørn sets your teeth on edge and the slow, monotonous nature of the drums does nothing to calm the nerves. Like a supine irresistible force this song continues to seduce your darker side and drag you into its open arms, enslaving your body and soul. The deviant wandering guitar spirals around your mind, indoctrinating you with its hidden mantra leaving you unsettled and yet oddly satisfied. You wouldn’t willingly invite it into your embrace but are strangely comforted when you do. A nostalgic and nomadic tone envelops the opening to Sleepwalker, unhurried and stress free, the delicate acoustic guitar and lush keys add to the artful drums and bass to provide a perfect backing to Asle’s humble and unpretentious voice to enshroud everything with a feeling of calm and composed serenity. Periodically the song blossoms with the power of the understated guitar adding sheen to the earnest vocals, a perfect counterpoint. Once again Bjørn lavishes a truly emotive guitar solo upon us, one that seems to flood your very being with its passion and fervour and the track closes out with a composed and unruffled ending. Disconnected is the longest track on the album and this title track is full of complexity, elegance and composure. The introduction leaves an aura of anticipation before the tentative vocals increase the expectancy. A compelling and persuasive chorus adds a further note of desire and hunger as this deeply perceptive and profound song reveals its hidden depths and convoluted layers. Every musician is on top form but Bjørn seems to give his guitar a life of its own as it entrances and entices with its rapturous delights. This marvelous musical mosaic takes you on a journey of enlightenment and discovery where you find something new and different at every turn. The final guitar solo is bewitching and addictive with every note and you are left with a massive feeling of fulfillment when this stunning song finally comes to a close. The final track on the album, Returned, seems to take Steven Wilson at his best and improve on it. A really beautiful melody with jangling guitars and a dreamlike aura, it has an inherent nostalgic finesse and celestial allure to it. The vocals are heartfelt and sincere and the music just seems to wash over you to leave you in a state of hushed tranquility and peacefulness. This is songwriting that moves you and affects your very being and is a wonderful way to close out this outstanding musical release.

Once again Airbag have produced a collection of songs that have moved me to my very core. Every word they write has an inherent meaning and every note is in the perfect place. This is music for the soul that has come from the soul and, as such, will stay with you forever. A complex, absorbing and enthralling fifty minutes that you must have in your life as it will be so better for it.