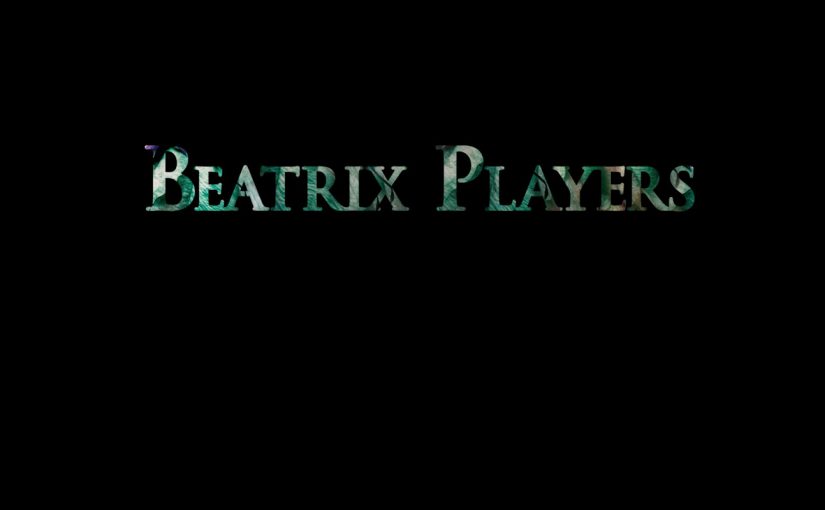 When choosing a suitable name for their band this London based
trio certainly gave themselves something to live up to. Beatrix, from
the Latin Viatrix, is a name that in its various forms has been
previously bestowed upon self-sacrificing martyrs and self-denying
mystics, royal consorts and Holy Roman empresses, Balzac
heroines and Tarantino assassins. No small irony then, that a name
so often chosen by tragedians for their characters literally means
“she who makes happy”. Through their enchantingly dark and evocative melodies, expansive
arrangements and empowered orchestral sound BEATRIX PLAYERS tell stories of real life and fantasy. Citing influences as diverse as Michael Nyman and Regina Spektor and drawing comparisons to the likes of Kate Bush and Einaudi Ludovico; this London-based, all female trio combine elements of Folk, Jazz, Progressive and Classical music. In 2015 the band (Amy Birks, Jess Kennedy and Amanda Alvarez) took their unique sound – a beautiful combination of vocals, piano and cello – into the studio to record their self-produced debut album, which has been mixed by two-time BBC Folk Award winner, Jim Moray. That album, titled ‘Magnified’, is scheduled for release in 2017. Lady of The Lake is the stunning first single to be taken from Beatrix Players debut album, with the single launch being held at the Green Note in Camden on Tuesday 22nd November. This first release tells a story of disconnect, difference of opinion and the demise of a relationship.

“In the video we used a mystical figure to portray how the male perceives the female in the relationship,” explains lead vocalist Amy Birks. “She is seen as seductive and somewhat dismissive in character, although the lyrics are written sympathetically towards her”. The powerful chorus tells of torment “although the man knows it’s over, he is still drawn to her qualities” explains pianist and co-writer Jess Kennedy. The listener is taken on a journey through the powerful & emotive expression of the music, whilst the delicate, almost hypnotic vocal counter melodies add to the unearthly and ethereal sound of the track.