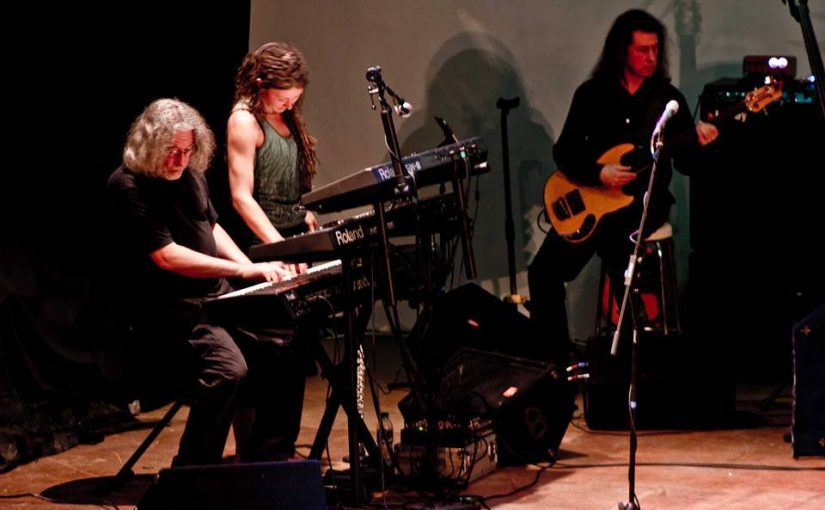 This is the 2nd album from the St Ives based prog quartet and I admit I was a little lax in getting round to reviewing this, as the album has been out since August, and as is often the way with those of us who have day jobs and hectic lives, time often gets the better of us.

This album is a beautifully contructed 4 parter, clocking at 45 minutes, which to a child of the 80’s & 90’s like what I am, is perfect length, one side of a C90 tape, ideal for the bus. Job done.

Their sound is very much widescreen expansive prog, and this album is a real grower, there are some amazing musical pieces that hit you the first time round, but it’s when you listen more, there is so much more going musically that it grabs you and continues to grab you as you play it.

Starting with the 20 minute opus Musique Noire, this is an fantastically wonderful slow burner of a track, that to these hears has echoes of Pink Floyd’s Shine on You Crazy Diamond track, maybe it’s Ally Carters wonderful sax that runs through the piece like Bridlington runs through rock, or the keyboard and piano work of Tree Stewart that is both symphonic and intimate, whilst her vocals throughout are sublime.

The band as whole, with Jayjay Quick providing not just bass, but also cello and violin, Tom Jackson on drums and Ally and Tree also providing guitars and violins, means their musical palette is a wide one to draw from, and adds to the complexity and musical layers the run through this album.

As Musique Noire builds to it’s fantastic climax there are some sublime languid solos, and the piece is a fantastically bold way to open an album, and is a statement of intent from the band.

A Vision Left Unseen, is a more gothic noir kind of track, the vocal counterpoint between Ally and Tree on here, and the slightly darker edge is fantastic, again running at 7 minutes it’s the shortest song on here, and still packs more musical and emotional clout that some bands fit into an album.

Waves, is a fantastic piece of guitar driven music, with some absolutely sublime soloing, whilst Tree puts her stunning vocal range to great use, over some heavily symphonic synth sounds that have echoes of classic Moody Blues or Strawbs epics, again not so much influenced by, but more evoking a mood that those bands operate in.

The closing 9 minuter Stranger in a Strange Land, is all shimmering synths, and slow build as it starts until an absolute belter of guitar solo kicks in, before it pares right back down to some stunning flute and violin interplay, the way the band blend the sounds together to create songs like this are a joy to listen to, and closes a mighty fine album with style and grace.

In this genre it’s hard not to reference bands, and The Emerald Dawn are very much their own beast, and the sound this album pulls together makes a shoe in for any record collector who likes their prog widescreen, their sound epic, and their musicianship taut and on point throughout.

The performances on here are exemplorary and the production is sublime as well, it’s so often you hear bands who are self financing, and they have the songs and musical chops but lack a sympathetic producer who knows how to get the best sound out of the album, luckily being produced by Ally and Tree who also wrote the songs, they have a specific vision of how they want their music to sound, and how to present it, which is carried throughout from artwork, to lyrics, to sound and production and they should rightly be proud of this record.