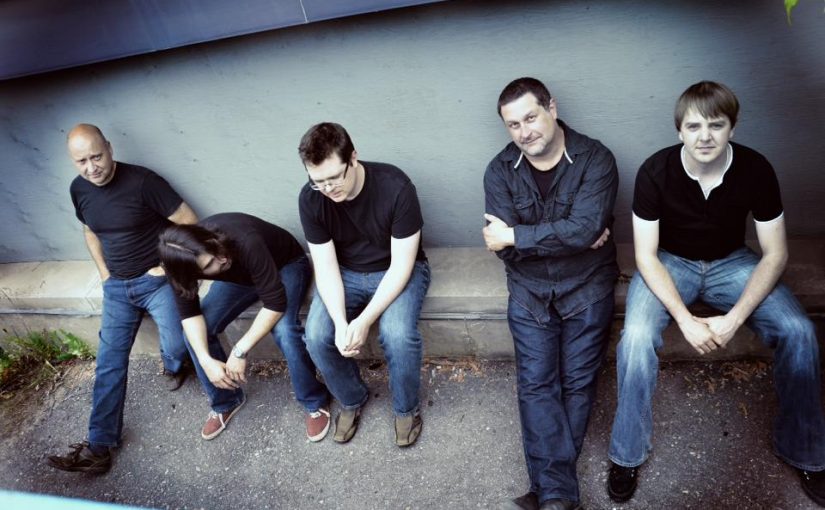 Not having the time pressures of a “proper music journalist” means that I have the opportunity to mull and digest an album I am given for review as I’m not on a specific dead line most times. Occasionally I am asked to get one done quickly but thankfully I am not on this album. I have played this one through a couple of times a night through headphones while reading since it was sent to me. You could call it a longevity test or the fact It makes great night time listening while immersed in a novel. Both are true in this case as the album will take repeated listening and doesn’t become tiresome in any way.

Most people who know me are aware I am fascinated by the human condition and people politics and this album ticks those boxes and then some. The band describe the album thus;

“Black Science is a musically powerful progressive rock album that thematically explores the dark side of humanity and technology.”

I would agree that it is thematic rather than a concept as the songs do connect and flow excellently and explore modern life and the challenges that are very prescient in the minds of many. Yet I would say it will not become dated in any way.

Opening with a short track Armistice Day, highly reminiscent of a Roger Waters’ vocal style, it’s a doom laden post apocalypse electronic minute and a half that drops straight into Weimar, with a truly ‘Prog’ keyboards, piano and guitar symphonic introduction followed by a very open vocal . It’s very odd as I read this as a narrative close to the series “Handmaidens Tale” currently unsettling the public on Channel 4. There are musical hints of a backward baroque Harpsichord in the vocal breaks then a huge rocking out of synths and general guitar indulgence. Time and key changes rip through this 10 minute mini-epic, a treatise on society’s misogyny and patriarchal dominance. One caveat with this is my reading of the song and I may be off the mark and seeing something that the band don’t. Cannons Cry opens with a heavy riff and a martial theme that warns of the rise of fascism and the use of propaganda to drive towards an oncoming war of the destruction of common values and principles. These guys are fans of classic Waters/Gilmour Floyd and though this is obvious but not in any way that is derogatory, only complimentary, to the music.

Airfield on Sunwick is very very English despite these guys being Ontario based. Fans of Big Big Train will find solace in a track that is very spartan in structure with lots of space in the music. Guesting on vocals on this, Jakub Olejnik (of band Sound Of Maze) adds real authenticity. This is a song of tragic conscription and the loss of country by Polish refugees in the post 1939 invasion period. Referencing Wojtek, a bear adopted and given a rank of private in the forces in World War two. It has a beautiful tone and quality about it.

Black Science is a real homage to the 70s if ever I heard one. A warning of the darker side of the misuse of science, a very simple tune and the use of the saxophone solo at the end literally took straight back to 1973 as Josh Norling superbly channels the spirit of the use of the instrument so effectively, deliberately referencing our nostalgia for a supposedly better time.

Noise to Signal, the closer on the album, is a real standout track for me combining doom chords and huge sounds to scare the pants of you in a treatise on how social media has filled our lives with noise over substance. Not a second is wasted on this track and it’s as tight as you could possibly get in a studio recording.

The eight tracks on this, their third album, show huge maturity and discipline in writing and production. It is crafted excellently and thoughtfully and fans of music in general will find much to enjoy in this album. Fans of the progressive genre particularly should lap it up as it carries a sense of the past while being still relevant to the early 21st century. These Canadians have a touch and an ear for music that needs to be shared.

With contributions from saxophonist Josh Norling.