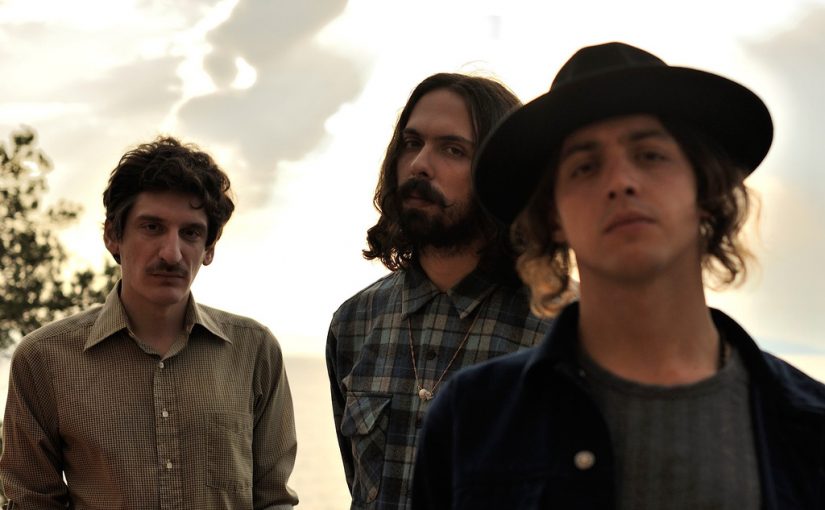 Greek Dionysian band Chickn recently released their self-titled debut album, on October 10th via Inner Ear Records. Chickn is a modular music band formed during the Christmas holidays of 2012 in Athens. Bringing together an assemblage of musicians whose primary work has been influenced by Eastern Mediterranean music, psychedelic and progressive rock.

Angelos Krallis (vocals, guitars, lute, tsambouna, udu) grew up in Kos island, a Greek paradise close to the Anatolian coast of Turkey and hooked up with “rembetiko” musicians. Evangelos Aslanides (drums, percussion, djembe, darbuka, bendir) and Pantelis Karasevdas (drums, percussion, congas, djembe) both hail from Exarchia, the music scene of Athens. The  main  pillars  of  Chickn’s  music  is  improvisation,  as well  as  their  tendency  to  embrace  the unexpected. They  have  developed  a  large  body  of  artists that  they  work  with  and  as  a  result their liquid line-up gets temporarily solidified by their current expressive needs. This is a radio zapping 68-minute car drive. This is a field unfolding in front of your very eyes and at the same time a call of wandering. This is an attempt of these unique musicians to invent themselves through playing. This is Jetztzeit rock. A sound conceived as a jump in the free sky of history.

The album was composed by the Athens-based trio in Athens and Valencia during the period 2014-2015. It was recorded from July to October 2015 in Sonic Playground Studio and in Iraklis Vlachakis’ home in Athens. The album was produced by Chickn and Nikos Triantafyllou and it was mastered by Alan Douches in West West Side Studios in New York. 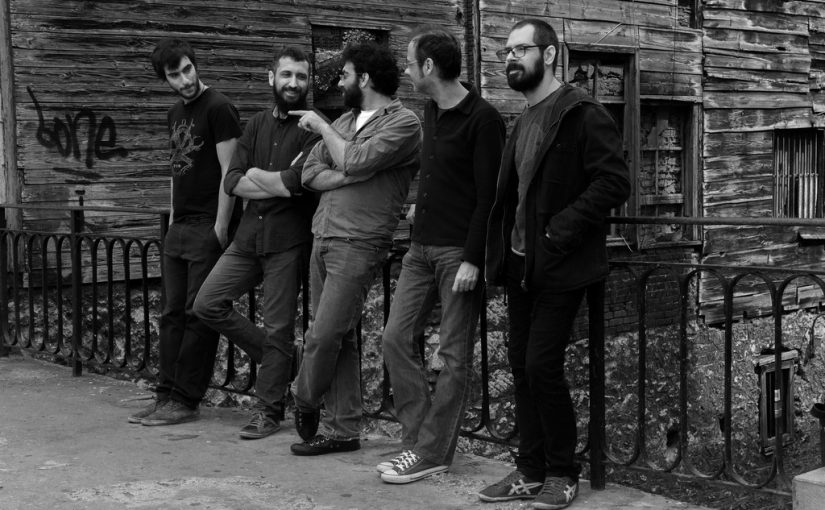 Gravitysays_i is a six member band from Greece. Their sound is a mix of prog-rock, Pink Floyd-style space-rock, ambient electronics, with a traditional Mediterranean flair (In addition to the usual rock band instruments, Gravitysays_i adds acoustic instruments like trumpet, Cretan lyra and the beautiful sound of the santur). It’s been a long time since the release of their previous album “The Figures Of Enormous Grey And The Patterns Of Fraud” (2011). Gravitysays_i are back with their third album, “Quantum Unknown”, which makes the long wait worthwhile.

If their previous album was a big battle with themselves, “Quantum Unknown” is the liberation from their own selves. In this mood, they began creating this album of 6 tracks, which is the result of four years of recordings and intense experimentation by the band in new fields of music and lyrics.

This time, the band’s themes play with every knowledgeable form in an attempt to escape from the human gaze itself. Music-wise the experimental and electronic element replaces the electric effusions of their previous work.

Gravitysays_i was formed in March of 2003 by Manos Paterakis and Nikos Retsos in Piraeus. Their debut album entitled “The Roughest Sea” (2007) was released on Sirius, the label founded by the famous Greek composer Manos Hadjidakis. It consists of nine compositions inspired by the egotism, vanity and isolation of modern man. It is a conceptual album characterized by consecutive flow, where the electronic element meets traditional instrumentation, while minimalistic forms follow the general pop-rock spirit.

Their sophomore album entitled “The Figures of Enormous Grey and The Patterns of Fraud”, released in 2011 (Restless Wind) is different, with regard to its theme, as it re-examines social values, institutions and morality as an extension of individual, as well as collective conscience. This time, their sound follows a more traditional / Mediterranean audio vocabulary, while, at the same time, the dark, atmospheric elements become even more apparent.

In 2016, after a period of absence, they are back to present live their new album ”Quantum Unknown”, which will be released this September via Inner Ear Records.