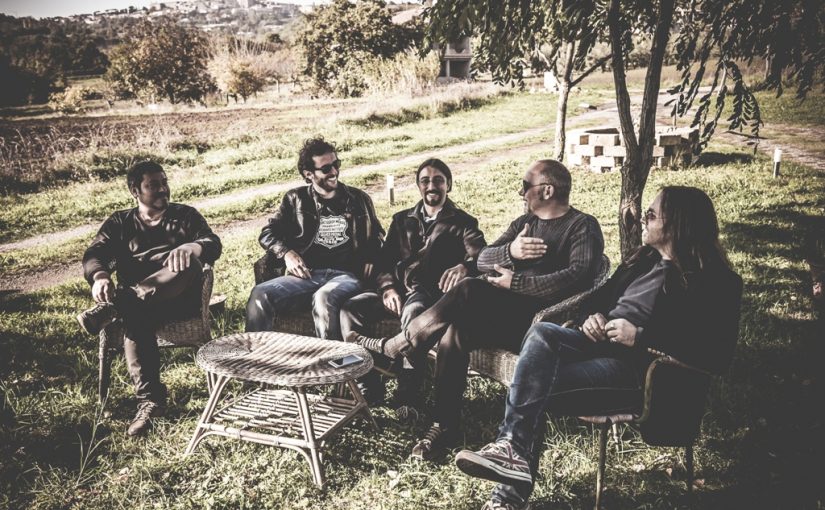 With the release of Nosound’s new studio album, Scintilla, the band is pleased to be able to premiere their new video for the song “In Celebration Of Life” featuring guest vocals from Anathema’s Vincent Cavanagh.

Giancarlo Erra explains how the song is a collaboration with and tribute to music fan Alec Wildley “’In Celebration Of Life’  was probably among the first tracks written for Scintilla, it was inspired by an artist and well known member of the fellow prog community, Alec Wildey. Those who knew Alec know what happened t and I’m not going to delve into details, but it really was a tragedy that shook everyone.

He was a big fan of Nosound and our Kscope label mates, in the past Alec contacted me to see if we could work together, but I was always too busy, this time I felt particularly hit by the situation, for personal and musical reasons, so I wrote the track and recorded it all quickly in my studio as I wanted Alec to be able to hear it. His lyrics fitted perfectly the music and the message we wanted to send. His reaction to the song was, and I suspect will always be the highest point in my personal career, with my music I felt part of something bigger and beyond me.

Although it was a very difficult time when we decided to collaborate, paradoxically we created a celebration of life song. As I always say the beauty of music is to transform something negative into something positive, transform pain in beauty, anger in happiness, desperation in hope.”

Giancarlo continues on how Anathema’s Vincent Cavanagh became involved “This uplifting anthem to life immediately struck a chord with Vincent. I played him the song without saying anything about all this, and he liked it immediately. When I told him about Alec, his emotional and moving reaction told me that he too was somehow linked to that situation, and we instantly knew that we were going to work together on this track.  Anathema and Nosound were two of Alec’s favourite bands and we know now that wherever he is, he’s enjoying the track he worked on with me and Vincent.

For the video we wanted to tell a story, but one that everyone can interpret in their own way: there was a lot of thought put in as to how to leave it open. So,while  I’m not going to reveal my personal story, I  encourage you to look at the details and enjoy the song we wrote In Celebration Of Life, something we should all remember to do every day.”

Scintilla will be Nosound’s fifth album, introducing a wholly new musical and visual approach for Giancarlo Erra’s ever-evolving band, it is an emotionally complex and musically direct work presenting a stripped-down set of compositions that mark a major departure from Nosound’s trademark symphonic lushness and production precision. Taking in influences from Post Rock, Shoegaze and Alt-Singer-Songwriters, the album imaginatively utilises a mostly organic and acoustic sound palette. As well as featuring Andrea Chimenti , Anathema’s Vincent Cavanagh lends his distinctive vocals to two of the album’s tracks, and cellist Marianne De Chastelaine returns once more to the Nosound fold (this time in a more free-flowing and improvisational capacity).

Scintilla is available on the following formats:

A deluxe CD/Blu-Ray in Mediabook with a 24 page booklet. The Blu-Ray contains HD stereo and 5.1 surround sound mixes, plus additional video content.

An audiophile double 180g vinyl edition (mastered at 45rpm to ensure quality) in a gatefold cover with booklet and poly-lined inner bags. Also includes a download card featuring the vinyl master at 320kbps.