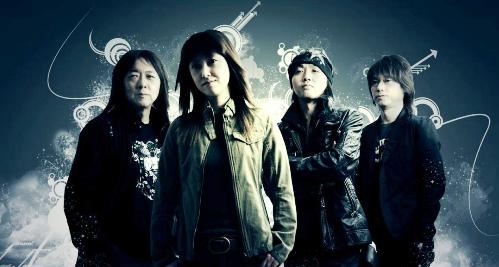 ‘The 3rd Planetary Chronicles’ is nothing short of a glorious and joyful revelation. Despite the band describing their music as “highly reminiscent of late Seventies Progressive rock” and “reputed for its philosophical depth, lyrical brilliance, and technical virtuosity”, it nevertheless does nothing to prepare you for the exhilarating voyage of musical exploration and discovery which listening to this remarkable album brings. It truly is a sublime ode to all that is best in innovative and creative progressive music.

The musicianship to which we are treated is both exemplary and staggering. Formed in 2009 by Yuka Funakoshi, the visionary impetus at the heart of Yuka and Chronoship as well as its keyboardist, vocalist and composer, the band consists of Shun Taguchi on bass, Takashi Miyazawa on guitars and Ikko Tanaka on drums.

Taguchi’s production is flawless, allowing the technical brilliance of each musician to shine through with a crystal clarity which only serves to underscore just how breath-takingly brilliant they are as a band. The seemingly effortless technical mastery of their respective instruments is further enhanced and enriched when they play together: the music they create is a wonderful testament to a band enjoying each other’s company and revelling in each other’s musical abilities. There is a clear sense of joy in creating music together and it is no coincidence that they claim to be happiest when playing live; but that sense of freedom, playfulness and creativity is no less present in this studio recording.

And what a recording it is. Following on from their debut album ‘Water Reincarnation’ (2011) and ‘Dino Rocket Oxygen’ (2013, complete with Roger Dean cover), this third album deeply impresses in just about every respect. Whether the title refers to this being the third record in a series – suggesting a strong conceptual connection across all their albums to date – or whether it refers to Earth as the third planet in the solar system and the album being the chronicles of its growth and development, is unclear. I suspect it is actually and intentionally both, in which case we are being offered something which has been carefully and cleverly conceived as a historical and conceptual, as well as a philosophical, whole.

Such an impression is bolstered by the CD booklet, designed by respected Japanese manga artist Hideji Oda, as well as the way in which the 12 tracks are arranged and presented. The album is in effect a survey of the significant stages, developments and evolution of earth itself as well as the human race inhabiting it. This sweeping vision covers not just the very formation of the planets but the emergence of earth, key steps in human history (Galileo, steam, The Industrial Revolution, the birth of radio) but also anticipates aspects of the future of humanity as well. And, my goodness me, what a musical feast it is. Tracks 1 – 4 are dripping with moody atmosphere, the sounds of cosmic winds offset by a haunting simple keyboard, in turn opening into a magnificent sound stage as a wall of melodic and harmonious orchestration brings in the guitar, bewitching, rising above and piercing the keyboards and bringing a distinctive voice of its own; this in turn prompts the bass and drums to enter, primal, tribal rhythms beating out the life and soul of the universe itself, in turn adorned by a vocal, almost operatic overlay, in turn echoed by playful synth and flute sounds. The world is new and the instruments blend and dissonate like the elements conspiring in the formation of the universe itself.

Yet even this is just a prelude, labour pains giving birth to something momentous, new, profound and wondrous. The discordant almost chaotic beginning to Galileo I (Track 3) speaks of confusion, of competing elements, of attempts to make sense of the world (and how nice that Galileo is honoured in such a way). Yet this gives way in Galileo II (Track 4) to beautiful rippling arpeggios, the discovery of science and the workings of the world, off beat guitar work matching fantastic and ever changing drum tempos. It is full of hope and optimism. (Pic courtesy of the Yuka and Chronoship blog)

Tracks 5 – 8 mark a shift in tone and tempo. From the light, airy playfulness of the early beginnings, we reach a more developed sound, crunching yet subdued guitars adding confidence to the subtleties and nuances of the keyboards, the bass adding more assured support and riffing quietly as part of a growing ensemble, the drums more intricate, yet more unsettled, the timings changing and changing again as ideas are explored and turned aside, new ideas given prominence only to be cast aside and the process repeats. This is the steam age, the age of technological revolution and fast paced innovation and the music brilliantly captures the breathlessness of human evolution and advancement.

This in turn sets the stage for the finale. Tracks 9 – 12 build and push on again, the music now grander, fuller, more encompassing not just in scale but also in depth of sound and diversity of ideas being offered. The guitar work comes to the fore, solos, riffs appearing from nowhere, taking the breath away but leaving as quickly as they arrive to seamlessly hand over to the keyboards who in turn allow the choral echoes to float and supplement the ever present bass which at one moment grumbles and asserts itself and then in another gently lifts and supports.

The concluding tracks are a stunning testimony to what this might sound like played live, the drums signing off E = M#C (Track 10) as they would the final song of a live set, bringing the show to a definitive conclusion. And yet this itself is a ‘false ending’, I Am Thee (Track 11) taking us back once more to the reflective atmosphere of the beginning whilst pointing the way to the future and introducing one final set of ideas and musical motifs.

Breathlessly brilliant, ‘The 3rd Planetary Chronicles’ is enticing, captivating and spell-binding. At 33 seconds short of an hour it is without doubt one of the stand out albums of 2015 and in the short time it has been available, it has displaced just about everything else I have been listening to. Thoroughly recommended.