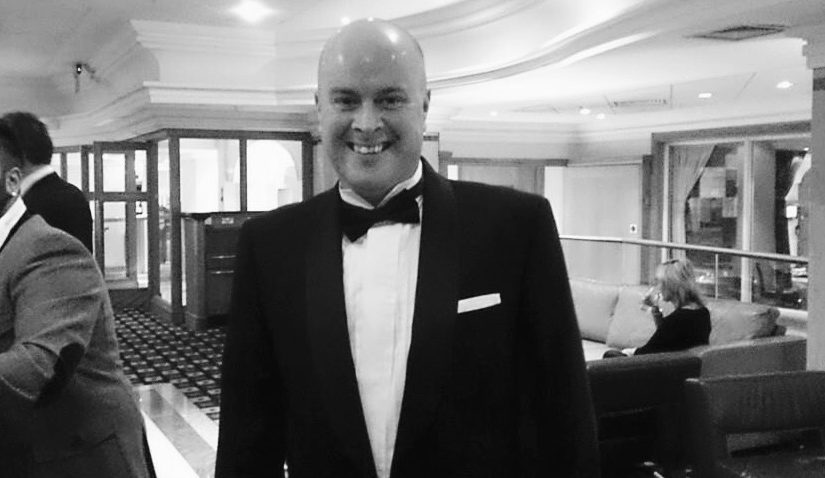 So we have had a wonderful selection of Top 10 picks from some of my great collaborators and now it is my turn. I’m going to stray from the norm because mine is going to be a Top 20 to keep it in line with my TEP selection that I spoke with David Elliott about.

Yes, it is a bit of a cheat but it is my website so I don’t have to follow the rules. Anyway,without any further ado, here are my top albums of 2016,not in any particular order but they have all made a big impact on my life this year…

You will also notice that there are no Bad Elephant Music releases in my Top 20. The label I work with had another superb year but it would have been a bit unfair of me to include any releases from the artists on BEM. ‘Déjà vu’ is an album that will stand the test of time and is a great achievement for Bad Dreams. I was impressed from the first note by the accomplished musicianship and the superb vocals, add in the exemplary songwriting and it was sure to be a winner in my book. What makes it stand out even more is the way the music becomes almost part of you and can make you stop what you are doing and just listen for the sake of it and that, my friends, is what truly great music can do to you. Blue Mammoth – Stories Of A King

Proper seventies epic prog of massive proportions from these excellent Brazilians. The artwork alone is very striking but the music will literally knock your socks off, play it loud,VERY loud! Thought provoking, questioning and inventive, ‘The Unreasonable Silence’ has all that I ask for in my music. A well constructed and intelligent concept brought to reality by a gifted musician with incomparable support from some incredible guests. It makes you really think about what you have heard and, above all, is a peerless, outstanding and incomparable listening experience that you will not forget any time soon. Well I was utterly mesmerised by ‘Northlands’, Tony’s collaboration with Brendan Eyre and this album deserves to be mentioned in the same breath. To get the utmost from the album you must listen to it from start to finish, preferably with headphones on, in  a darkened room and with your choice of relaxing alcohol. To me, ‘Equations of Meaning’ is not merely a great release, it is a state of mind that we should all aspire to when our Life in the Fast Lane gets too much for us. Superb and highly recommended. It was always going to be hard to follow ‘The Underfall Yard’ and the ‘English Electric’ albums but the acknowledged masters of pastoral progressive rock and intelligent and incisive storytelling have returned with a fresh collection of stories and tales gleaned from our heritage and history. With their penchant for heartfelt lyrics and beautiful music it is an involving and mesmerising journey that everyone should take at least once in their life… Funny how music fits in with your life isn’t it? I was listening to this album walking back home last night and it just struck me as to how much it was a soundtrack to how my life has turned out this year. Painful lows, beautiful highs and, ultimately, balance has been restored.Taking a break form his Prog-Metal roots, Damian delivers a solo release of sublime brilliance. The usually modest and self-effacing Dave Foster has stepped out of the shadows and onto centre stage to deliver his second solo opus and is to be applauded and admired for doing so. Such a variety of moods, styles and colours doesn’t always mix well but when it is done with consummate skill, like it is here, you are treated to a cornucopia of musical delights. While neither ground breaking or game changing, what it is is really rather good. Gandalf’s Fist truly believe that this is the finest musical work that they have ever created. There’s a mix of all of their influences and, were you to put all of the best bits of our discography into a huge melting pot, you’d end up with something quite close (but not as awesome) as what the guys have created! But don’t just take their word for it – head over to the pre-order store and have a listen to a whopping 10 minutes of audio previews! With its insightful, thoughtful lyrics every bit as important as the mightily impressive music, ‘Valkrie’ is a concept album in the true sense of the word. With some delightful departures from what some would call their signature sound (The Beatles anyone?) Glass Hammer continue to evolve into one of the world’s foremost Progressive Rock bands. This iconic group of musicians lead you on a journey through the horrors of war with a totally immersive sixty-five minutes of music and you will come out the other side changed forever. I can’t recommend this album enough, one of the best albums of 2016? One of the best albums of recent years more like… ‘Lighthouse’ is an amazing musical journey from the first note to the last. It is bewitching and beguiling and removes you from your everyday life to a place of wonder. Darkly captivating, it is not all sweetness and light but is a musical legacy that iamthemorning can build on and the ‘Lighthouse’ can light the way. These two exceptional artists have now moved into the major leagues and it is well deserved, album of the year? why not! A real late comer to the party, in fact I haven’t reviewed it fully yet! This sublime and haunting collection of instrumental marvelousness from these Yorkshire musicians is a soundtrack to the film of the same name. Ethereal and yet solidly powerful, I haven’t heard anything like it all year and it demanded to be in this selection of top releases. There is intelligence and a wry humour than runs throughout this remarkable album. Ben Bell has an immense talent and really knows how to put it to good use. Intelligently crafted songs that make you want to listen to them show him to be a great songwriter and what he delivers proves what a notable musician he is as well. In the world of progressive rock a new star is set to rise. Blue Rose Code – …And Lo! The Bird Is On The Wing

Blue Rose Code is Edinburgh-born songwriter Ross Wilson. At the edge of contemporary alt-folk, Wilson’s music evokes a meeting of Van Morrison and a young John Martyn, both shipwrecked with a bunch of Motown records. A deep emotive well of stunning music that affects you at a core level, another late discovery of 2016 for me but a band I will be keeping my eye on now!

Of the new record, Wilson says, “It’s an album for music fans and musicians. A challenging record, I think, and it’s  abundantly clear that the process has been undertaken away from the cynicism of any record company.” Ray Wilson has taken us on a deeply personal musical journey full of hope, despair, pain and, ultimately, salvation and I was hooked on every word, every note. This is music at its very best, written from the heart and full of the passion and soul of the artist. This is an album that I will return to again and again, no matter how much new music crosses my path and is surely a collection of songs that can, and will, stand the test of time. Thence – We Are Left With A Song

What Thence have delivered with ‘We Are Left With A Song’ is no mere album, it is a breathtaking, creative powerhouse of sonic delight that grows to fill any space that it occupies to take on a life of its own. It is a life that you will want to share until your dying breath, above mere superlatives, it is an utter triumph. What TILT have delivered is a superb album by a cast of very accomplished musicians. Brilliant vocals, burning guitar solos, a thunderous rhythm section and songwriting of the highest quality combine to deliver one kick ass release that I keep returning to again and again. A fine combination of excellent rock music with all that’s best about progressive rock, these guys show how it really should be done! To me, this is what makes writing about music worth every single minute I take. I have been involved in this long musical journey in some small way from start to finish and when you hear the finished article, it is almost like welcoming a newborn into the world. Marc Atkinson will have agonised about every single word and note on this album and to my ears it has been worth every single second he has taken. This is music that takes over your mind and soul and which you can relate to on a very personal level. Fifteen songs that are extremely personal to this gracious man and we should be glad that he has released them for us to enjoy. A great album and one that I have no doubt is the complete pinnacle of Marc’s solo career to date, I am extremely proud to be able call him a friend. Drifting Sun have delivered quite a work of art, one that touches on the past for influences but, also, has its own, confident vision of the future. Consume it in one listen to get the full effect of this great album, it is one that will live in the memory for a long time.

So, there you have it. 2016 was another brilliant year for music and I hope our End Of Year choices might make you go out and buy the music to support the artists involved. Please join me and my fellow authors at Progradar in 2017 for what I hope will be another stellar year for lovers of music.