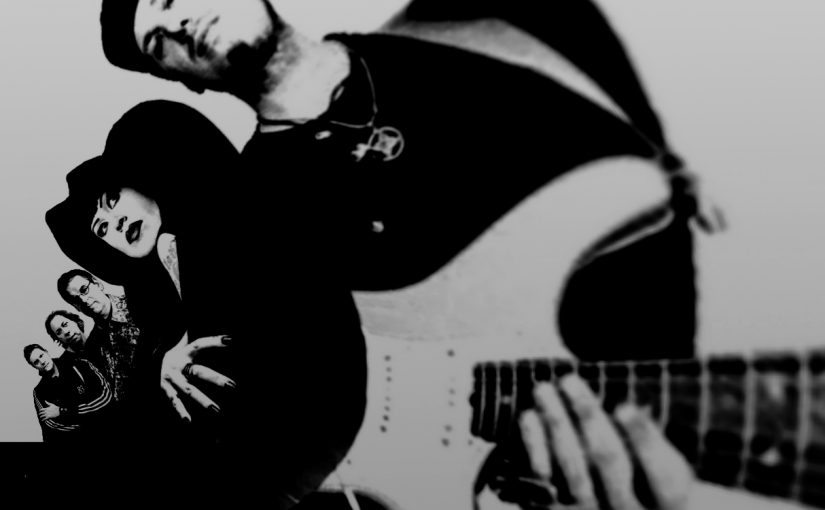 Already well known as a talented guitarist, Niko Tsonev profile was raised by stepping up and becoming the touring guitarist and member of John Young’s Lifesigns project, and whilst his guitar was missing from their debut album he toured with them from 2013 – 2016 becoming an integral part of the bands sound, and appearing on their successfully crowd funded live CD/DVD package ‘Under the Bridge’, and guests on their second release ‘Cardington’.

Stepping away from the Lifesigns, Niko has thrown himself into his latest project Moonparticle, and as a guitarist and performer of his calibre he could pretty much pick and choose who he works with, this means the band is full of talent like Craig Blundell on drums, Theo Travis on flute, Adam Holtzman on keys and Grog Lisee adding the female touch with her superb vocals.

The pedigree in this band suggests that what you’re about to listen to is going to be something special, and the huge bandwidth of genres that they span means that musically you’re going to be in for a treat.

In lesser musicians hands this eclectic mix of genres and styles would fall apart, and be a bit over complicated and cluttered, luckily we are listening to masters of their game, and you can tell they have enjoyed working on this album, as the musical ideas crackle with the sort of electricity that comes from bands just clicking.

Niko is definitely one of the finest guitarist plying his trade currently, and it’s no surprise that on tracks like Hurricane Esmerelda or Helium 1 & Helium II his guitar is at the fore, and it’s amazing how he can move from rocking out to pulling some fine melodic sounds out of the guitar.

Again, anyone who saw Lifesigns would know how important he was to the live sound and the stage presence he had.

You then get tracks like the sublime Strength of a Thousand Year Rose, an absolute epic rock ballad for want of a better word, where Grog’s amazing vocals come to the fore, and the solos that Niko pulls off throughout are the most melodically restrained, you can tell he is holding back and the restrain and power shines through. There are quirky song titles that draw you in, and I do wonder in calling one track Reverend Mum whether one of the band is a fan of Phil Rickman’s Merrily Watkins books, throughout this track there is some lovely fluid guitar work, Blundells percussive work is on point as ever, and the way the guitar, percussion and subtle keyboard sounds work here are fantastic, ebbing flowing and building to a wonderfully euphoric finale.

This is also the second prog(ish) record to feature a track called Winter Mountain, and it’s about as far removed from the Mostly Autumn track as is possible to get, this one brimming with power and warmth.

Adam Holtzman and Theo Travis are sublime throughout, which is to be expected, and what is wonderful with this album is that whilst the guitar sound is at the fore, there is no hogging of the limelight, each artist gets room to breathe and the way they meld their sound is a joy to behold, all the while pulled together by the rock steady beat of Craig Blundell (who has been doing a sterling job with Lonely Robot recently) the haunting guitar and keys sound on the closer Leon’s Experiment, with some great crunchy riffs and powerful drumbeat, pulls this mightily accomplished album to a close.

Blending sublime instrumental work with some superb songs, and a cracking vocalist, Moonparticle have surpassed themselves and created what I reckon is the debut album of the year. A wonderful blend of genre hopping musical light and shade, heavy when it needs to be, chock full of tunes and serious musical talents at work, with vocals to die for. This is how to do a debut album and it shows to anyone who hasn’t realised yet, just how mighty a talent Niko Tsonev is.

Order ‘Hurricane Esmerelda’ from bandcamp on CD, digital and vinyl 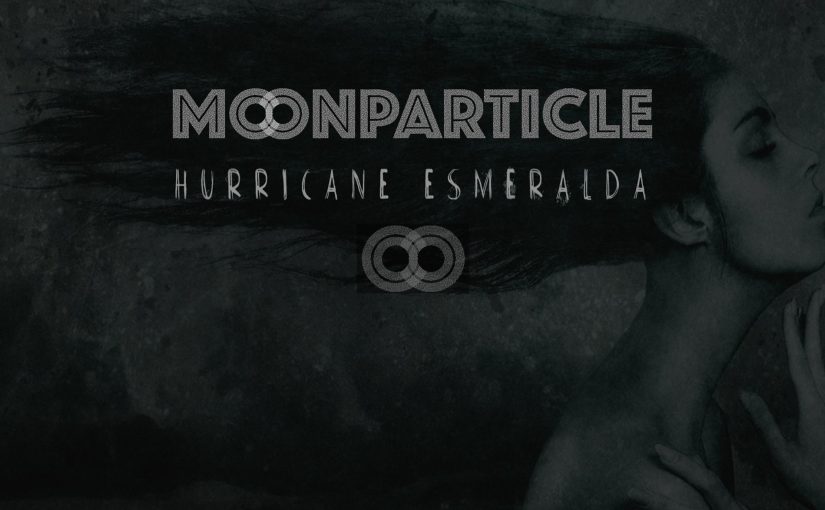 “Hurricane Esmeralda is a hard hitting album that grows on you with each listen. Bursting with the virtusosity of Prog and the sophistication of Jazz, it above all impresses with its beautifully crafted songs that take you places…”

Recorded between January and July 2017, Moonparticle’s debut was funded by a
successful PledgeMusic campaign. The recording took place in various locations – each musician adding their contribution from their own recording studio (London, Paris, New York and Los Angeles) via online file sharing. Produced and mixed by Niko Tsonev, the album was mastered by Jon Astley (Paul McCartney, Peter Gabriel, Porcupine Tree). The artwork and graphic design were conceived by digital artist Be Wilde.

The title ‘Hurricane Esmeralda’ was inspired by themes of inner awareness and growth, and the process of pure creation. The virtuoso level of musicianship displayed by the aforementioned musicians throughout the 40 minutes of music, complements the primary focus of the album – inspired songwriting and brave musical performances.

If you didn’t get involved with the Pledge Music campaign then you can pre-order the album ahead of a January 2018 release here: