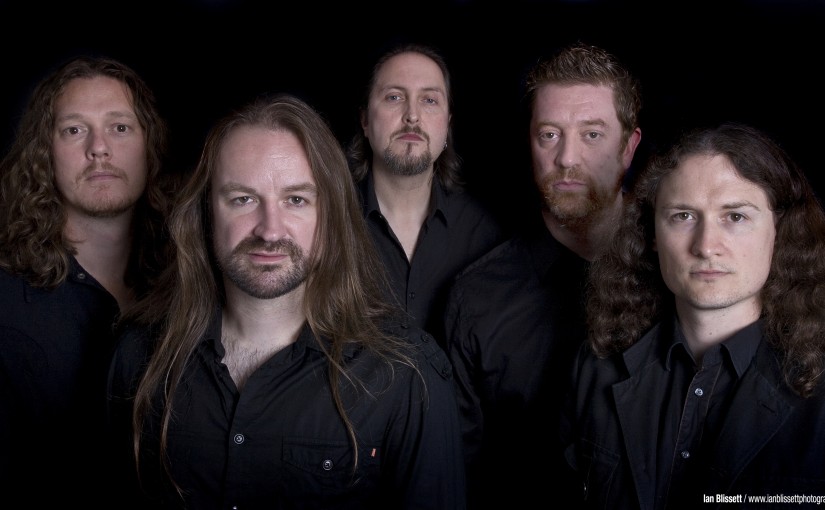 With this in mind, welcome to the first in an irregular series of shorter, more concise (yes, I know!) reviews to empty your wallet. You can thank me later…. Headspace – All That You Fear Is Gone

Damian Wilson has one of the more recognisable voices in Prog Rock/Metal and his band Threshold have, while not exactly being at the forefront of progressive-metal, certainly gained a cult following over the years.

Leaving the day job to one side, Damian, alongside keyboard player Adam Wakeman, bassist Lee Pomeroy, drummer Pete Brook and guitarist Pete Rinaldi, formed the so-called ‘Supergroup’ Headspace in 2006. It wasn’t until 2012 that they released their debut album ‘I Am Anonymous’ and, to be fair, I was left slightly underwhelmed by it.

Fast forward to 2016, the band have replaced Brook with Adam Falkner and released their sophomore effort ‘All That You Fear Is Gone’. Time for a rethink from this music hack? Let’s see…. The new album has a strong conceptual strand running throughout.

“The concept is mine,” says Wilson. “On the first album we were focussing on the individual trying to fit into the group. This time, we are looking at the group’s inability to control the individual. It’s about governments, big business and religion but also the smaller social groups we form. They exist as a method of ensuring conformity, always with a pecking order.”

This release has the signature dense and heavy sound employed, not only by Headspace but, also by Threshold. Thunderous riffs and dynamic drumming abound on tracks like the opening duo Road To Supremacy and Your Life Will Change and the Audio Plastik-a-like Kill You With Kindness. There is an intelligence running throughout though, the stylish bass and astute, polished keyboards laying an impressive infrastructure.

To be honest, what you have to decide is, whether you like Damian Wilson’s distinctive vocals or not as they are all pervasive on this release and are the foundation of Headspace’s sound and style. Me? I love them, he has brilliant nuances in his voice that really come to the fore on the expressive blues style of Polluted Alcohol, a gem of a track where Rinaldi’s pared back delta blues guitar work is an absolute delight yet Wilson’s vocal is the real focus, and the epic The Science Within Us, a song that really showcases how far this impressive group of musicians have come since the debut release. A track of different parts and one where Wilson seems to vocalise different characters and his tender, heartfelt voice is at its supreme best. The way he sings the chorus will make the hairs stand up on the back of your neck. He hits the heights again on the superior closing track Secular Souls, an engrossing musical journey that enthralls and captivates from the first note to the last, powerful and bombastic and yet with a compassion and benevolence deep at its heart.

‘All That Fear Is Gone’ was produced by the band, and mixed by Jens Bogren, who also worked on ‘I Am Anonymous’.

To me, this record is a true cohesive whole but Damian wasn’t convinced at first,

“When all the separate parts for this were first put together, I thought it sounded crazy,” laughs Wilson. “In fact, I’d go so far as to call it unlistenable. But then Jens worked his magic in the studio, and has made it all settle down and make sense.”

I could try and pick out some stand out tracks but, you really need to take this album as a whole listening experience, there really are no weak moments at all. For me, at least, this is a huge improvement on the debut release and I highly recommend it.

‘All That You Fear Is Gone’ is the second part of a planned trilogy, and Wilson already has the blueprint for the final instalment in his mind. But that’s still in the future. Right now, the band are concentrating on touring in 2016.
“That will definitely happen. We are working on the dates right now.”

Buy from the band’s online store