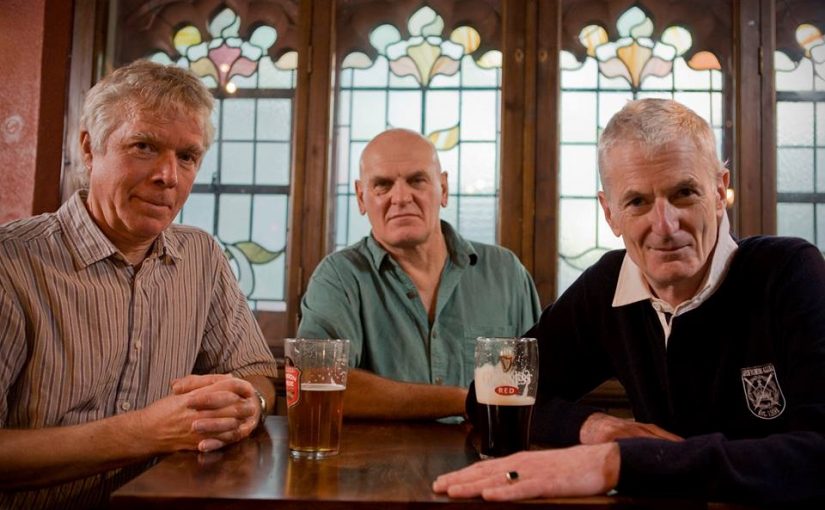 I feel like I am playing catch up here to be honest. ‘Do Not Disturb’ has been on my ‘to purchase’ list for a while but something always conspired to prevent me.  I bought ‘Trisector’ the week it was released, like many in hope of a rebirth and a recharge of my passion for VDGG. I was disappointed, probably because expectation was too high, but I ashamedly did not rate it or give it the attention that VDGG’s music needs to have be appreciated.

Back to ‘Do Not Disturb’, though I have read other  reviews of it long before I knew I was going to look at it from my critic’s perspective. I will try not to let the views of others seep into my piece but parallels will be drawn.

Messrs  Hammill , Evans and Banton are past masters of Prog and Progression, ploughing their own furrow in a field of innovation and challenge. Peter Hammill famously being influential to the likes of Johnny Lydon and Fish, amongst others, in vocal style and lyrical content. They were the outsiders of the golden era of Prog even pushing the limits of rhythm and tone in an epic way.

The album comes out of the starting gate with a real shocker, Aloft, an ethereal and very open track that slowly bleeds into an urgent, intense examination of the avoidance of life by forever moving forward but never back. The fear that if you stop you will fall being the thematic key in this song, but fear not, the old intense rhythmic atonal VDGG kicks in from nowhere without missing a step, relieving any fear that they had given up on their identity.

Alfa Berlina comes straight from the past, Hugh Banton provides a silky Hammond backdrop that seems to speak of human frailty and what makes us human as a condition of the sum of our memories. I say seem as I am trying to interpret the lyrical content and I hesitate to second guess these guys. This is actually a sing-a-long VDGG with a discernible hook. A late 60s Psychedelia straight from the UFO club complete with oil slides, or maybe that’s just in my head?

Forever Falling is incredibly accessible with a chugging guitar riff carrying you along that could easily fit into an 80s King Crimson or Talking Heads bandwidth. It works because it’s not impersonation, it’s pure VDGG running with an idea to see what happens. (Oh No! I must have said) Yes, What can I say about this track?  It’s a high point and stood out on the first play through. This is classic VDGG and stands next to the classic tracks of old. I ask how the hell do you write the organised chaos and drag it back through a jazz feel and back through entropy to tease the listener? It has been mooted that this is an exercise in Evans et al doing a VDGG history through one song but I kind of hope that it’s more like they found a groove and followed it to its natural end.

Go, the closing track, is the guys going down the route of old school Krautrock and putting a different spin on it. It’s all atmosphere with a stillness all its own.

The album has tonnes of light and shade and isn’t mired in the past or shackled by it. It has very tight production and, as you would expect, the musicianship is off the chart. I don’t think I heard a bar of 4/4 rhythm from Guy Evans or, conversely, any contrived attempts to be clever. It crosses genres from jazz to progressive and onto electronic.

If this is the end of studio music for Van Der Graaf Generator,as has been inferred by the band, then it is a fitting album to end on. Unlucky thirteenth studio album? Well I don’t think so at all.

Buy ‘Do Not Disturb’ from Cherry Red Records