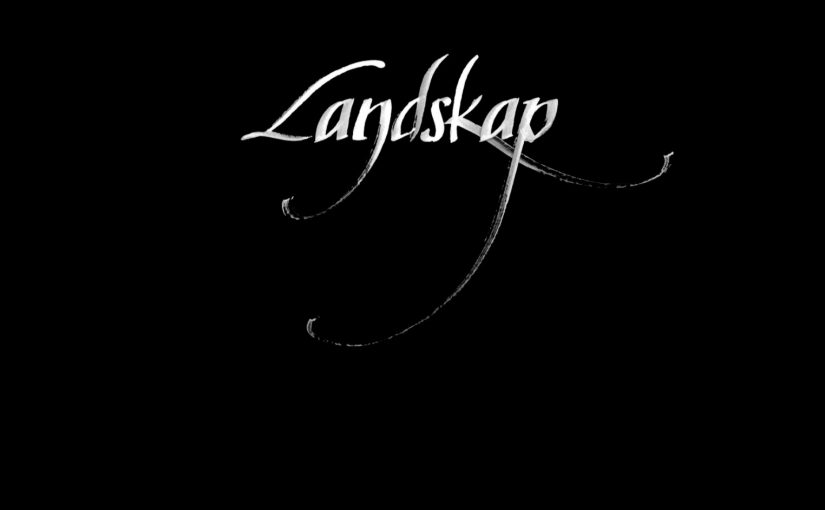 Layers and more layers. A great deal of music I hear these days is built around complexity; whether it’s modern progressive rock music designed around dense instrumental arrangements or modern pop music stacking countless vocal tracks and studio effects together creating a giant wall of sound. It’s, of course, a valid approach and a lot of my favorite albums use this method.

However, taking the opposite course is also a valid artistic outlet, stripping things down to their bare essence, the DNA if you will. In a lot of ways I think it’s a more difficult path, the foundation has to be rock solid and each part must contribute to the fullest extent to create a rewarding musical statement. London-based quintet Landskap is up to the challenge. Built off the most basic of structures, they’re able to create an immersive and spacious experience, at its core a deceptively straight-ahead heavy rock template, but one that, through purity of purpose and laser-sharp focus, weaves a unique and wholly organic vibe. A track like The Hand That Takes Away demonstrates the Landskap methodology. A solid and simultaneously fluid rhythm section starts things off with drummer Paul Westwood and bassist Christopher West churning up an approaching storm of a groove, one that immediately builds anticipation for the cloudburst that you know will eventually come. Lead guitarist George Pan enters next, further enhancing the mood with some lovely Hendrix-influenced psychedelic flavoring, still holding things in check as the drum fills become more insistent underneath. A solitary pedal-point organ note from keyboardist Kostas Panagiotou provides the pad as the guitar riff starts to chug along and the arrangement picks up momentum. The storm breaks with a juicy gallop riff, the guitar and organ locking in tightly together. The final ingredient comes in the form of the powerful, crystal clear vocals of Jake Harding who has a great rhythmic approach and firm grasp of how to build his performance to dramatic effect.  Half of the nearly 7-minute arrangement is the build-up, but it’s so nicely paced the song feels half that length. It’s a concise, powerful statement, one they are able to duplicate throughout the 5 tracks of this thoroughly enjoyable album. Without going too far down the rabbit hole of pigeonholing Landskap to a genre, let’s just say that loosely you could apply the term heavy-psych without it being too inaccurate.  There’s a definite analog mindset here, both in instrumental sounds and overall recording approach, yet it doesn’t sound like a calculated attempt to be “retro”, it just sounds authentic. They are definitely heavy, but they don’t fall into the Sabbath-trap that ensnares so many bands plowing the stoner/retro/doom field. I’m especially fond of the guitar sound; it’s a classic warm analog roar without getting too fuzzy, the notes always distinct.

For the finest example of that sound check out the monster closing track Mask of Apathy which features some tasty lead work and some crushing riffs in the closing section. If you have to label them metal, then keep in mind it’s closer to the early 70s variety.  But I think it’s best to just listen and not worry about categorizing them, the influences will present themselves (The Doors, Led Zeppelin, Uriah Heep, etc) but the way those elements are applied shows a definite conviction to chart their own course. ‘III’ is initially available as a Bandcamp name-your-price download release; hopefully a record label will come along to release an LP and CD version in the near future. It’s most definitely worthy.  While you’re on the page be sure to check out their previous albums “I” and “II”.

Buy ‘III’ as a name your price download from Bandcamp