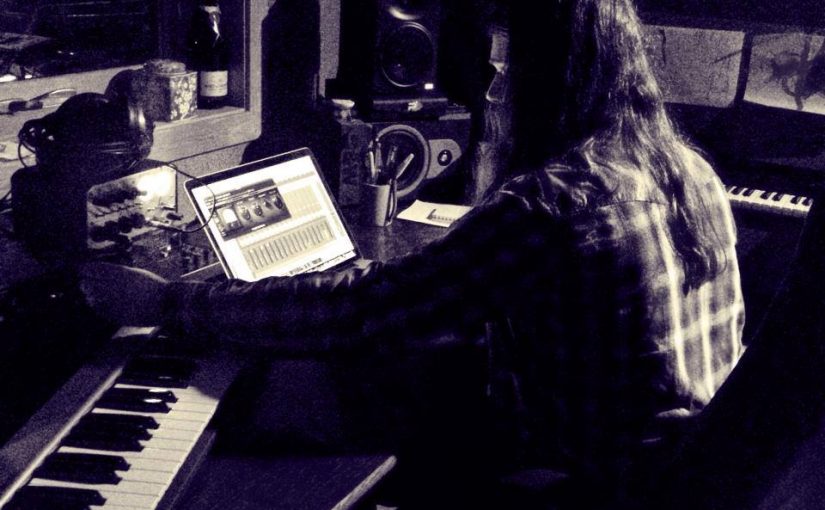 What is ‘Sehr Kosmisch, Ganz Progisch’? Roughly translating to ‘Very Cosmic, Entirely Proggy’, this debut album from Weserbergland is…well, exactly what its title claims. It’s a classically progressive take on Krautrock, masterminded by White Willow’s Ketil Vestrum Einarsen. Comprising four extended instrumental compositions, the album is layered, moody, musical, and intricate. The arrangements alternate between playful and austere as Einarsen and band dance around the motorik beat. ‘Sehr Kosmisch, Ganz Progisch’ is immediately enjoyable but reveals its true depth gradually over many listens, making it somewhat difficult to review, if easy to recommend. Let’s take it track by track.

Tanzen Und Springen: This album opener features tight drumming that moves around quite a bit such that the motorik never approaches monotony. There’s quite a bit of textured flute here w/punctuating fuzz bass and angular lead guitar. The overall impact is not unlike that of an extended modal jazz composition. Five minutes in the track switches gears for a dark interlude buoyed by that dependable motorik and coloured by a bit of synth prancing.

Das Trinklied vom Jammer der Erde: The album’s longest track, this composition executes a minimalist opening with the illusion of off-beat drumming and down-tuned synth before a more aggressive beat takes over. Over the course of the track’s more than 15 minutes, the drums say rock, the synths suggest ambient, the bass and guitar reference fusion, and the flute leads invoke world & new agey jazz. In the second half of the track, the arrangement seems to agree that, whatever else you might hear stylistically, bombastic prog is the underlying theme. The track’s closing minutes explore experimental territory somewhere between the opening moments of Close to the Edge and the sound of a cassette tape being eaten in the player. In other words, very cosmic, entirely proggy. Die Kunst Der Fuge: Is this the soundtrack to a tropical sunrise? There’s a relaxed quietness to the beginning of this composition that again evolves gradually over its length. Despite sometimes frenetic guitar work, the mood remains laid-back in a groove featuring lyrical synths, flirty woodwinds, and the rare appearance of (programmed?) vocals. The band show incredible restraint as the track builds and builds, paradoxically sounding both jam-packed and minimalist at the same time, always taking two rounded left turns just when the proceedings seem about to arrive somewhere. It’s a lovely exercise in patience and the self-rewarding activity of virtuosity. Am I speaking in euphemisms for ‘noodly’? No, I don’t think I am.

Tristrant: Utilizing some tight reverbs and programming that would make Fripp-era Peter Gabriel turn his head, this track sounds the most mechanical and spacey of the album’s four movements. It also features more sustained, ecstatic energy, encapsulated in the almost combative dual soloing of flute and clarinet in the last few minutes. In this manner, the album closes on a more traditional jazz styling, albeit one outlasted by that motorik right to the end.

Unless (and even if) your record collection consists entirely of Can, ‘Sehr Kosmisch, Ganz Progisch’ will occupy a unique space on your shelf and in your headphones. A successful tribute to Krautrock, Weserbergland’s debut will also be accessible and attractively mysterious for fans of prog, ambient, electronica, and moody jazz. Don’t pass by this gem because you didn’t know to be looking.

Released 26th May 2017 on Apollon Records