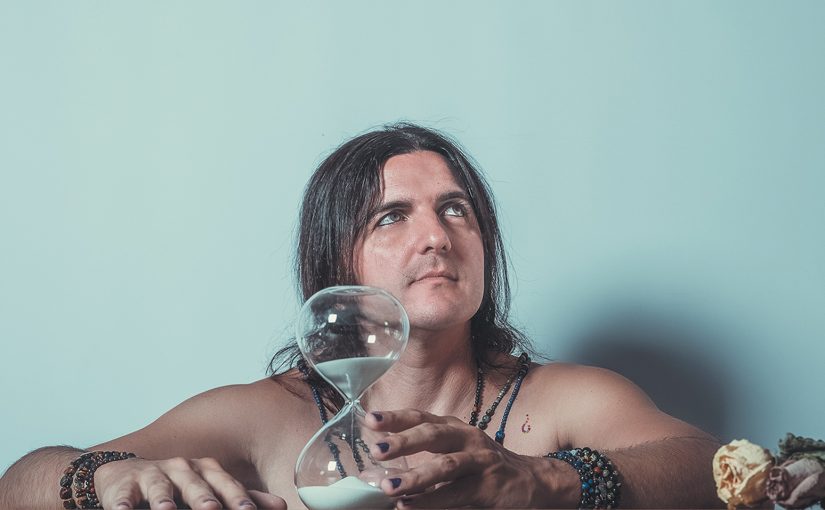 “Music is life itself. What would this world be without good music? No matter what kind it is.” – Louis Armstrong.

Sage words from the great Satchmo himself, music is the most life affirming thing there is, it can console you when you are sad and lift you up to the heavens when you are happy, it compliments your moods and makes the world a better place to live in.

French musician Franck Carducci creates music that puts a huge smile on your face, it rocks and it rolls with passion, intensity and not a little humour and The Franck Carducci Band are one of the most incredible propositions in a live setting.

I got to know Franck from his second album, the fantastic Torn Apart, and have been eagerly awaiting the follow up for a few years now.

Finally, here is The Answer and I have been privileged to have this release as my musical companion for quite a while now so do feel I am duly qualified to give my impressions

The album opens with Franck in his classic rock persona on the lengthy (Love is) The Answer, like Led Zeppelin got lost in the studio and gatecrashed a Yes recording session. Eight minutes of swirling Hammond organ and mellotron from Olivier Castan combined with some dextrous guitar playing and even some Didgeridoo (yes you read that right!) to leave you with a big slice of pomp and circumstance done in the inimitable way that only Franck can do.

Slave To Rock and Roll is a fantastic hard rock track that puts a huge grin on your face, Christophe Obadia and Steve Marsala trading funky riffs around that ever so cool Hammond sound with Franck’s great vocals aided and abetted by Mary Reynaud’s silken backing. Everything is held together by the powerhouse drumming of Antonino Reina and the wonderful bass from the master himself, throw in a superb solo and it’s damn near perfect.

You, dear listener, then get treated to two songs that can only be described as progressive rock but prog rock that has that particular Carducci tinge to it. Superstar is as 70’s prog as they come, wondrous stories being weaved before your very eyes with Mary’s silken vocals adding an almost elfin feel to things. Wistful and yet with a knowing look as it opens up into something much more compelling and dynamic, an absolute aural treat. The After Effect is much more direct and vibrant, a ying to the previous track’s yang if you like, and feels like a hell for leather, breakneck ride at times (a hugely enjoyable one though!). I get the distinct feeling that the band are having an absolute blast while making this album, the energy and vitality are palpable.

A beautiful piano led composition, The Game of Life lets everyone take a breather after the brilliantly hectic start. Richard Vecchi‘s ivory tinkling and the elegant trumpet playing of Thierry Seneau add to the composed vocal performance that Franck delivers to give a song that oozes class and style.

This album is sounding like Franck has taken Led Zeppelin and Gentle Giant and thrown a bit of Genesis and Jimi Hendrix in the mix too and that is rubber stamped by the brilliant Asylum, a fantastic eleven minutes of progressive rock, hard rock, funk and soul that rocks like a b*tch from beginning to end with the excellent Jimmy Pallagrosi (drums) and Fabrice Dutour (guitar) adding their undoubted chops to the mix. It seriously doesn’t get better than this!

The four bonus track add to the already impressive six songs that make up the main body of this release. The Road to Nowhere is an acoustic sing-along that will undoubtedly become a live favourite and Beautiful Night is a wistful, nostalgic tune that will see the lighters (or mobile phones) come out at live shows. The album then closes out with radio cuts of the first two tracks that end everything rather nicely.

The Answer leaves a huge grin on my face, a highly enjoyable cornucopia of musical delights taking you on an amazing journey through 70’s progressive rock, hard rock, funk and pure rock and roll. Containing some utter Carducci gems, this album just keeps getting better and better with every listen and is by far Franck’s most cohesive and impressive work yet.

Pre-order from The Merch Desk here: