Keith Emerson: Off the Shelf

This is a remastered edition of an eclectic collection of more than just ‘odds and sods’ originally released back in 2006 and reissued last year after Keith’s death.

Never one to do anything by halves there’s nearly 70 minutes of music here, which runs the gamut from Keith’s classical inspired compositional work, his TV and film work and the contributions he made to progressive music via both The Nice and ELP.

The earliest recording on this alternative ‘best of’ is a BBC Radio session from the early days of The Nice, where their psychedelia meets proto-prog image belies the fact that they had a diverse inspiration, and here (complete with Davy O’List on guitar) is their unique cover of Frank Zappa’s Lumpy Gravy.

For ELP fans there is a rousing version of Abaddon’s Bolero performed by Keith with the London Philharmonic Orchestra, which is as grand and OTT as anything they ever did, I mean if you get an orchestra to go nuts with you, why the hell not? There’s also a 1980’s excerpt from a solo rendition of Pictures at an Exhibition, showcasing Keith’s unique style.

His solo work is well represented on the smoky blues room piano piece And Then January, with its late-night vibe and plaintive mood shows the more reflective side of Keith’s musical personality. Straight Between The Eyes (featuring Levon Helm and Garth Hudson) is the first from the soundtrack to the film Best Revenge and, while being a bit 80’s in its style and execution, has a wonderful drawled vocal by co-writer John Doukas. Also from the sessions but which didn’t make it to the soundtrack, is an interesting version of the old Elvis classic Don’t Be Cruel, where they slow it right down and funk it up, complete with fat bass and slabs of chunky 80’s synths, all of which turns it into an MTV big hair ballad.

Mixing his influences and genres, the interpretation of Walter L (featuring the London Jazz Orchestra) and some moog soloing shows how proficient and comfortable Keith was across all genres and is a testament to how easy he fitted into big orchestral pieces or solo piano work. With solo synth pieces like Motor Bikin’, a reworked version of America featuring Pat Travers on guitar and then the theme tune to Jim Davidson’s sit-com Up the Elephant and Round the Castle finishing off on a cover of Sex & Drugs & Rock n’ Roll, this is no ordinary compilation album. More a snapshot of a career, and one that was always deeper and more musically diverse than the work he was famous for with ELP.

Off The Shelf: Remastered EditionKeith Emerson This, the third album from the late Jon Hiseman’s revitalised Colosseum, was originally released back in 1977 and see’s Hiseman joined by some of the greatest musical talents of that era. Gary Moore on guitar, John Mole on bass and Don Airey on keyboards.

When you get 4 superb musicians in one band then creative sparks will fly and, as is mentioned in the liner notes, the band didn’t have the luxury of rehearsal times. Instead, the taut and driving fusion of jazz and rock that is on display here was honed to perfection on the road and then recorded as live in the studio due to the limited time available.

From the opening title track, Hiseman proves how effective he is as a band leader, choosing some superb band members to bounce of and work with. His death recently was a massive loss to the musical world as he is as powerful a drummer as anyone around and the way he propels the groove, allowing both Airey and Moore to spar, is exemplary.

Throughout this album it’s hard to pull out a star player, as all 4 work the groove and play round each other with deftness and skill, and, while Moore and Airey moved on to other things, they sound so hungry here. It is a shame that the hard work they put in seemed to be forgotten as band/label decisions ultimately scuppered this line up.

Hiseman returned with the original Colosseum line up later but this line up and era shouldn’t be overshadowed and should be recognised as important to the fusion sound as the original band. Originally released in 1970, the third album from Nirvana duo Patrick Campbell-Lyons and Alex Spyropolous was arranged and produced by Tony Visconti and Mike Hurst (who was previously a member of the Springfield’s). Unfortunately, as is always the way, when the tapes were delivered to Island Records Chris Blackwell turned it out, feeling it wasn’t suitable for the label, not to mention the fact he was concerned the title was too similar to the phrase Black Power.

This cross fertilises elements of singer-songwriter work, the reinterpretations of Brecht by Scott Walker, and the dramatic Gothic rock of singers like David McWilliams, all filtered through the Anglo-Greek pairing of Campbell-Lyons & Spyropolous, whose disparate influences weave together an intense musical experience.

Chock full of catchy tunes, well observed lyrics, a whole spree of bonus tracks, this is recognition at last for an album that slipped under the radar on release and led to the demise of the original Nirvana line-up. Which was a shame, as on tracks like Black Flower or Love Suite, the duo were really pushing themselves forward together, it would have been interesting to see where they went next. 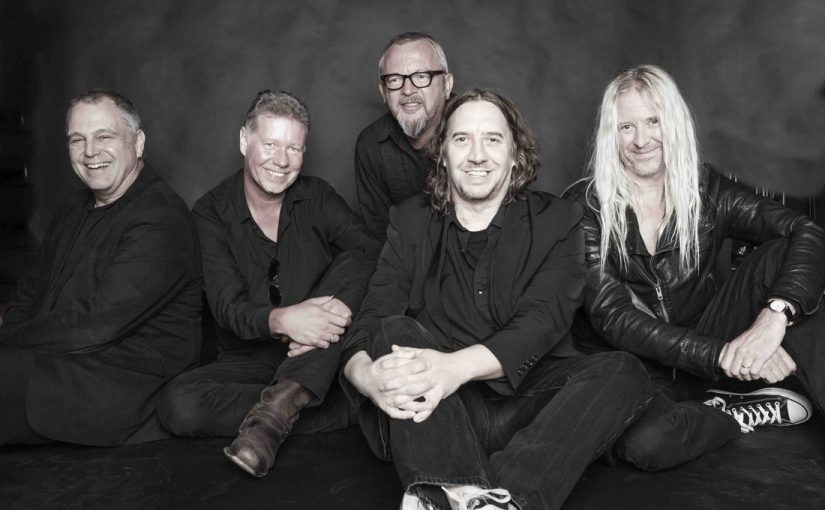