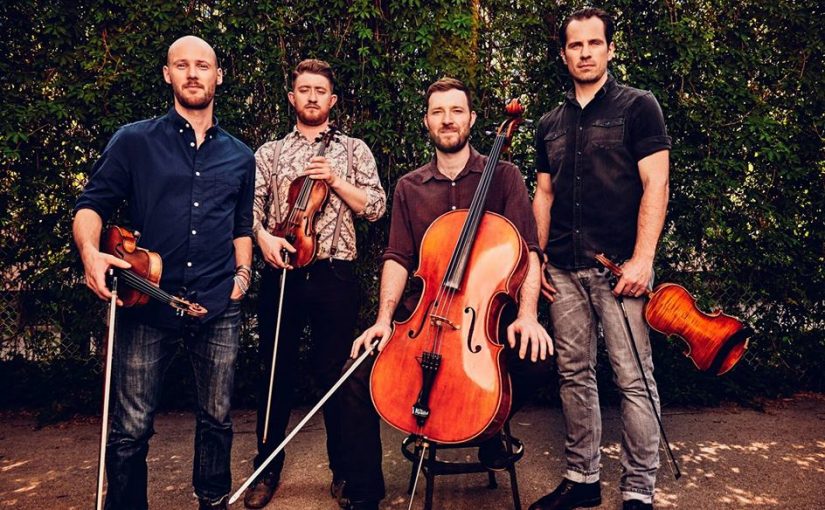 A major force on the world’s roots music circuit, this new album was recorded live, using only three mics and paying homage to to the traditional repertoire, straight to tape in front of an audience and this gives you a taste of actually being there amid the electric atmosphere in the room.

The tracks are explorations of traditional Irish tunes but given the classic Fretless treatment, so stamping their hallmark on the material.

The wonderfully laid back Bixie’s and the traditional folk overtones of The Killavil Fancy add a smooth contrast to the high energy delivery of tracks like Maggie’s Set and the grin inducing Jenny Bear. For any fan of pared back traditional music, this collection of wonderful tunes is a must. There’s a basic intimacy to the music that works brilliantly as these four exemplary musicians work their magic.

Other highlights are the urgent tones of Holton Alan Moore’s and the emotive strains of the very traditional sounding Dawning Of The Day.

For those new to the band or long term admirers this release is a joy and a delight,  just don’t keep calling it ‘Live From The Ant Farm’…

Order the album from CDBaby here