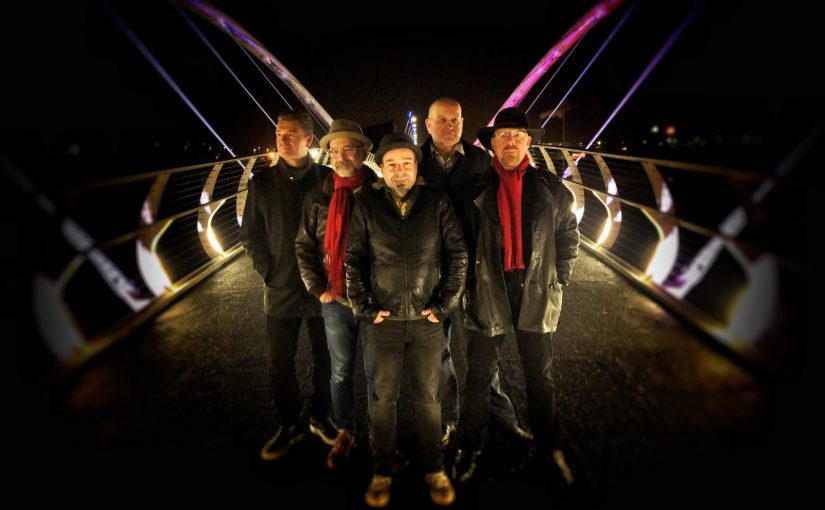 “The Life of The Honey Bee, And Other Moments of Clarity” is the eagerly and long-awaited new album from Scottish prog maestros Abel Ganz. A concept album comprising of six thematically linked pieces exploring our relationship with memory and loss. The liminal space between a fading ‘what was’ and an anticipated ‘what is to come’.

The album recalls the hazy technicolour of long remembered summers and the sepia of a love forgotten. A place where we blur the boundaries of returning and renewal. The lyrics chart the course through recollection to premonition. These words are both deeply personal and universal, hope for what is next and a lament for what we have lost.

The new album has taken six years to realise and follows on from the self-titled 2014 opus Abel Ganz which was both critically acclaimed [topping several ‘best of’ lists for that year], and universally acknowledged as the band’s best, most mature album to date.

The influences on the new album continue in a similar vein – further developing their eclectic mix of folk, rock, metal and Celtic styles. The album’s trajectory shifts between crunching guitars, subtle acoustic instruments, strings, soaring Hammond and emotive grand piano all connected by lyrical storytelling and timeless vocals and harmonies.

“We have all pushed ourselves so incredibly hard on this record in an attempt to make this the best possible ‘complete work’ we could make. Everything on the record is interconnected and is there for a reason – right down to the guests we chose to play specific parts, the spaces we chose to record in, to the artwork – everything!

We deliberately set out to avoid simply repeating what we did last time – we hope we have taken ourselves in to new areas (amazingly – the band’s first concept album), while still retaining that ‘Ganz’ touch. On the production side of things – it’s a source of great personal pride that we have been able to collaborate and work with such skilled professionals such as Simon Vinestock and Jacob Holm-Lupo. These guys are at the very top of their game and they have helped us to raise the production values to a much higher, professional level.

Although Abel Ganz has had a very long history as a band [with many high spots] we feel very strongly that this album is the pinnacle of achievement and we hope you do too!”

The pre-sale will begin at midday on Sat 28th March and run until May 31st. The official release date is June 15th 2020!