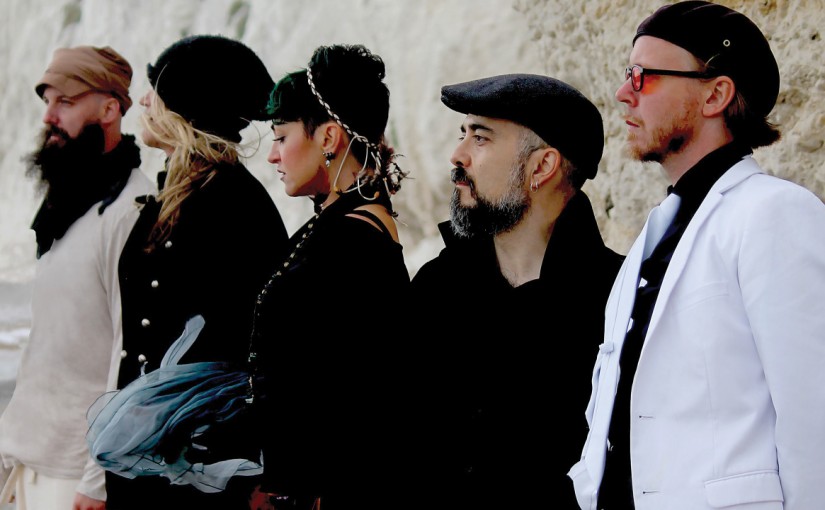 There was a time, many moons ago, when bands spent days, weeks and even months together in a studio sweating over their latest collection of songs, honing the compositions together to produce the best sound they could with the available technology and their collective skills. In more recent years a new phenomenon has arisen of albums put together without the band having to be in the same room or even the same continent! Vly’s ‘I/ (Time)’ is such a product.

The brainchild of former Crippled Black Phoenix guitarist Karl Demata, the band is made up of his former band-mate Chris Heilmann on bass, Keith Gladysz on vocals, Elisa Montaldo on keys and Mattias Olsson on drums, making it a truly international ensemble, drawing from the UK, US, Italy & Sweden.

The music is deeply rooted in classic prog with more contemporary elements surfacing throughout the mix. The opener, ‘Circles’ has a strong Radiohead or Riverside vibe for me to begin with, with shades of Pink Floyd coming out in the guitar solo. That Floyd influence comes across in ‘Time’ – the title track, I suppose – but with a touch of Bowie and even The Beatles in there. This is a bigger sound, building to a stirring crescendo, before segueing into ‘Time Elapsed’, an electronic ambient interlude.

‘Headache’ begins with a jazzy bass, and the song itself puts me in mind of Hogarth-era Marillion. It is more of a ‘song’ in its structure than the earlier tracks to me. ‘Out of the Maze’ is darker tune, rockier and riff-driven: in contrast ‘Hypnotic’ is just that – slower, quite mesmeric with good overlapping counterpoint.

‘Time Remembered’ is a gentle solo piano interlude – quite beautiful in its simplicity. ‘Silver Beaches’ is the first of a trio of tunes in triple time, an acoustic song with staccato strings, airy vocals and Hammond organ that builds towards the end of the song. It puts me in mind of Steven Wilson, but more cheerful.

‘Message in Water’ begins heavier, but soon settles into a gentle 6/8 rhythm, with some nice bluesy slide guitar near the end. ‘Dark Days’ has a good riffy start, with vocals that evoke in turn Al Stewart, Tom Petty and David Bowie (to me anyhow).

‘Perfect Place’, the longest song of the set at 8:36, wears its Floyd influences clearly on its sleeve (in the way that the bands Freedom to Glide and Airbag do – there are clear similarities between the two here), even in its more ‘experimental’ passages in the final third of the track that are more ‘Meddle’ than ‘Division Bell’. ‘The album concludes with ‘Time Forgotten’, a gentle ambient piece that draws you in before letting you go.

If your preference is for music which evokes the classic era of Progressive rock, then there is much in this offering to satisfy, but you will also be challenged. The musicianship is exemplary throughout. Having heard very little of Demata’s work with CBP I can’t comment as to how it compares, but this is a very worthwhile project.