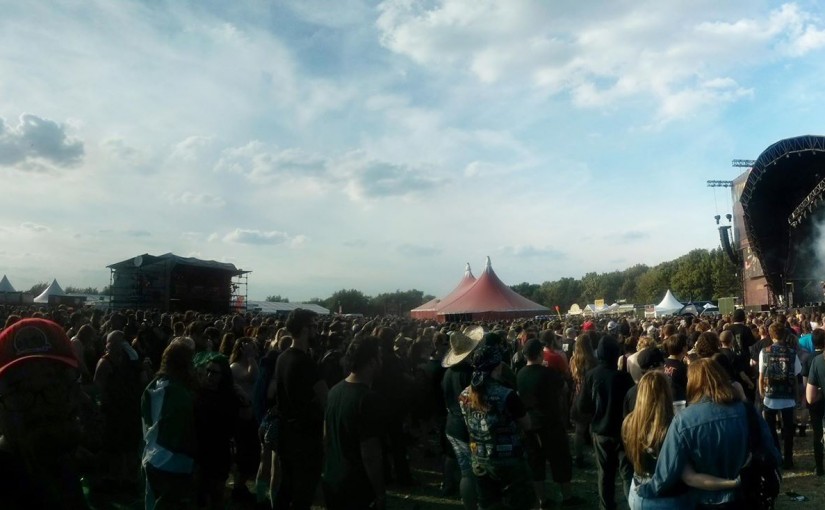 Calgary boys Diatessaron intend to put prog back on the map, but somehow I don’t think Calgary will get into Prog any time soon, or at all. There have been many great progressive bands reigning from Canada including the mighty Rush, not that I needed to tell you that, but they should be mentioned all the same.

Other bands such as FM, Bend Sinister and Saga also come from Canada but, in Calgary, prog bands are harder to come by. That is one reason why Diatessaron stand out from the crowd.

They’ve been on the scene since 2007 where guitarist Darren Young and vocalist Simon TJ initially formed the band at the time when they were still at the University of Calgary studying music. Through a previous jazz band that Darren was in, he recruited Carl Janzen as lead guitarist and Stephan Bots as drummer. Erik (bass) eventually got called in by Darren as they were colleagues in the University of Calgary orchestra.

All the members have a musical background which is a given, but what makes that even better is that they all have different experiences. All of the known styles that each member has contributes to a wild mix up of genres which is unique and downright odd sometimes but works fantastically.

Released in 2010, Diatessaron created their second album ‘Monument’ which they have now recorded live for tired moon Music at the Monnow Valley studios in Wales after their performance at Bloodstock in 2015.

As stated by the band themselves, “Diatessaron is like classical music, only a fuck of a lot louder.” I couldn’t agree more, their album ‘Monument’ is a rock symphony spanning over 40 minutes with 5 movements. It is electrified classical music. Yes, you may not have an orchestra, but a band is an orchestra in its own right and Diatessaron definitely have all the melodic elements of a symphony. Being a live recording it is hard to identify where one song ends and another begins and this shows a good use of linking each ‘movement’ either lyrically, which could often be the case, or with similar riffs. Also, by being a concept album, linking each song is very important no matter how confusing the lyrics may seem.

“Sweet time to build an atom bomb from memory of an Openhiemer tree.” A phrase which keeps returning and ,yet, still makes no sense no matter how many times you’ve heard it. However it definitely sets the scene. Simon TJ is an eccentric story teller, spitting out words very rapidly,which almost sounds unstable because of the compound rhythm that is accompanying him, in other words the rhythm is just plain odd and difficult.

Simon reminds me of Ian Anderson in the way he portrays his story, he is just missing a flute and fails to do a flamingo impression. You can hear Simon take on different personas as the music progresses from heavily portraying different emotions and, with the use of falsetto, he can easily come across as different characters. He takes on a state of “strange duality” which is painted brilliantly in the music as lighter riffs change to becoming more forceful, the bass drum becomes more prominent and, in general, everything sounds more aggressive as Simon gains a harsher tone to his voice.

Of course, the lyrics are a very large part in telling a very dramatic story but, the instrumental work is also extraordinary. Looking at each part on a combined scale, each musician contributes equally so they sound as one unit, but they can also appear to be separate as well. To elaborate further, each instrument can be heard separately when they play their different rhythmic and melodic parts but, when they all have the same rhythm, the drive of the music increases, otherwise you become very lost.

To be able to achieve different rhythmic ideas simultaneously is very difficult, especially when you need to be back in time with each other at a later stage, however, they do a fantastic job. I’m surprised they don’t get lost themselves with the colossal amount of odd times signatures they use, 7, 11 who knows how many beats there are in a bar; yep, they’re prog alright. On an individual scale, each and member offers great skill on their chosen instrument, a personal flair shining through. The influence of jazz is evident for lead guitarist Carl Janzen, from sublime soulful solos often with hints of bluesy ideas sliding from one note to the next making any dissonance seem gorgeous.

Bassist Erik and guitarist Darren provide strong rhythmic foundations and deliver some beautiful harmonies between them, even some brief bass solos are sneaked in for a moment of glory which Erik deserves. Darren gives some smooth jazz style chords, sweet like honey for the ears.

To tie it all together Stephen provides the backbone with strong, and at times dense, rhythms but can vary between styles seamlessly. An almost ‘hard rock come metal’ pulse with prominent bass drum and a focus on low toms can change instantly to a swung beat with an increased use of cymbals and a softer edge.

Hearing this colossal album live is a different experience and emphasises the musicianship each band member possesses.