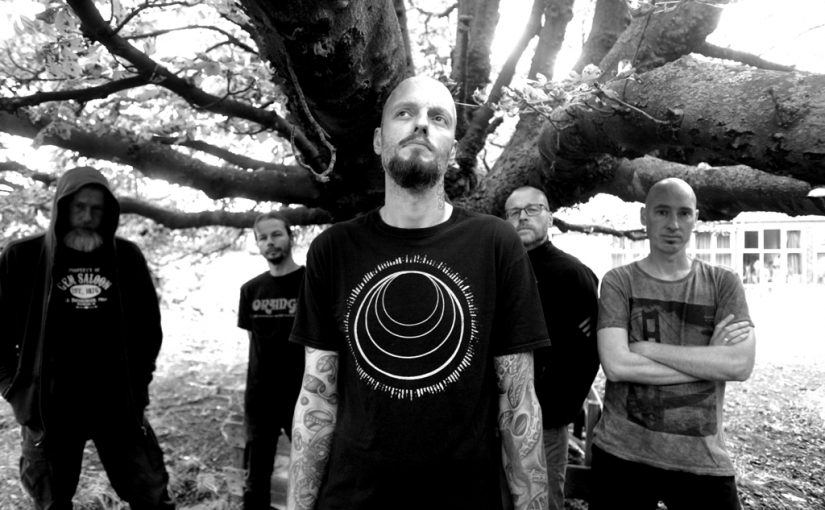 The man called Gerrit rounded the corner, his earphones mingling the noises from the factory to his left with the music on his mp3 player, whilst the lost and lonesome dragged through another evening shift on minimum wage to keep the corporate wolf from the council house door. Under-appreciated he mused, he couldn’t, wouldn’t want to do their job.

His gait slowed as string like arrangements filtered into his ears, the pavement glistening, umber under the old street lamps and the damp air leaving a moist layer on the paving stones. The fog had crept in and choked the visibility down to a couple of hundred yards as he turned to stare across the cobbled street and the boarded up building opposite, hunched in the dark like a homeless giant huddled against the cold night air.

Gerrit Koekebakker pulled his sagging coat collar closer and his hat down in a futile attempt at shutting out the cold, then he stepped on to the cobbles and crossed to the old club. Fading, crinkled pictures in rusting frames, telling of  faded stories from the past he had once been part of. He stared at them momentarily, reached into his coat pocket and removed his flat keys, pressing them firmly against the edge of one of the frames until it popped open fractionally and he could remove the photo. He stared at the curled edge photo for a second. She was in the picture serving at a table, his waitress.

Lamentation had been his only friend when he had lost her.

He took the key from his pocket, unlocked the door, stepped into the dank, dark entrance and secured the door behind him. Using the light from his phone he found and flicked the fuse box switch. The lights fluttered on and he pushed through the musty red velvet curtain to reveal the club interior. It was two years since the band had played here, the club closing shortly after the last gig. It hadn’t changed in here though the world outside had moved on. His memory ran footage of the band up on stage, familiar faces mingling with newer ones in the audience. Things had seemed on the up when they left that night, he’d bagged the girl he’d fancied for some time and the band were gaining interest from promoters and labels.

Funny how it can all turn in an instant, a strummed guitar picked up the story.

He’d seen the waitress home with a promise to call the next day, returning to the place he shared with his Mother only to find an ambulance outside, lights flashing.

What would he do without her, his Mother had always been there for him, he hadn’t pictured her leaving. Distraught he stumbled through his emotions over the following weeks, haunting melodies playing in his head. Shutting out the empathy and rejecting company, he remained in the house leafing through old photos, solace in a bottle as he tried to fill the emptiness inside, the sounds of sorrowful guitar and keys mixing with sombre bass and drums intensifying from the stereo’s speakers, trying to crush the misery. He shunned his band-mates and the waitress. The club manager left messages terminating their residency with regret due to closure, one thing after another. The band fractured without him, going their separate ways to try and earn a crust.

Dropping the curtain behind him, he wove his way through the booths toward the dance floor as the last few guitar chords faded. With the bar to his left he stood on the dusty wooden floor before stepping on to the stage and turning to look around the room. The waitress. He never thought he was in with a chance, always some big-time money boys around handing out fat tips, expecting repayment with interest. He was a jobbing  musician, living with his Mother, what could he offer. But slowly over the weeks he’d watched her long legs in silk hose strut paths through the smoke infested punters, dodging the groping hands and lewd offers, always smiling, her lips the colour of cherries, and blonde curls of hair bouncing and floating as she turned and shimmied the shuttles between bar and tables, navigating trays of drinks to arrive unspilled. She would  flash the ruby smile and he was entranced with her laughing blue eyes, just one night would be enough.

The night he walked her home she told him how pleased she was that he had finally spoken to her and asked her out, she had been waiting. She had been there some days as they rehearsed, pausing to sway to the languid keyboards and echoing guitar creating ripples of  notes through the air, sometimes she would seem miles away, her body slowly dancing, shut off from everything around her and lost in the music…….How could he take her from being so happy only to make her the Loneliest Of Creatures.

Thoughts of the waitress made him smile wistfully and he slowly shook his head as the track rose on his plaintive vocals, the music turning heavier and distorting into the final keys from Remco den Hollander.

The next track plunged from his pocket and into his ears with a burst of heavy fuzzed guitar-work from Michel Varkivesser and Remco’s keyboards, Manuel Renaud’s drums bouncing vigorously alongside the bass of Fernandez Burton, before swirling into an echoing key loop and his voice began to sing about the Prison Walls he had built around himself…

Surrounding himself with a blanket of darkness trapped behind bars of his own making, he’d existed, barely, not considering the future or making decisions. There has to come a point of balance from which you start to return, or disappear. He resolved then, no more misery, things would be like before. It wouldn’t be easy but as the music strode out in a vote of confidence, he opened the curtains allowing the light to flow like liquid gold over the interior of the room. He couldn’t keep this place in darkness like a mausoleum any longer, it was his Home.

There was a noise. He pulled out the earphones as thunder and lightening rolled overhead outside and he could hear rainfall on the roof, accompanied by slow dripping into the bucket across the room. That would be fixed. He pondered on the quiet in the room and pushed the phones back in his ears, dismissing the air of loneliness. The most deafening screams were those of silence. He had been at the stage where he’d wished someone would take this life away from him, the times he lost control during his period of mourning.

A hopeful guitar solo rose from the ear-bud speakers.

There had been a lot of Uncertainty to deal with, at times it felt he was taking one step forwards and two back towards the place where he had longed for seclusion. The darker moments of music echoing his moods but glimmers of hope being punched through by the drumbeats and guitar soloing as the long rebuild of his life began to piece together.

He’d contacted the band members, understandably there were Departures,a couple having made their own paths, but some of the old gang were still interested and they could audition new members. Where there had been a void of black and a writhing kaleidoscope of shadows, the jigsaw of his shattered soul that had promised fear forever more, began to free itself  like a bird released.

Gerrit reminisced how he and Fernandez had recruited Michel to flesh out the guitar sound giving it a heavier edge and to provide backing vocals. They brought Remco and Manuel into the fold and whilst retaining the core sound of the band, impressed their own bass and drum styles into the music, as rehearsals and recording began with new found zest.

As the album tracks formed, the addition of guests Steen Gees Christensen playing duduk, and backing vocals from Inge den Hollander added different flavours to the mix, with spoken words from Joanne Platts highlighting the passages.

Confidence rebuilding there was one more matter to take care of. He thought she would have found someone else, but those he asked advised she was still single. He needed to see the smiling eyes and  laughing lips on that Familiar Face. With trepidation and sweaty palms he arrived at her house. He’d hurt her, would she turn the key and let him in?

He knocked on the door, it swung open and there stood the waitress  just as he remembered, the sunshine to his rain. With no remonstration and the sparkle in those blue eyes re-ignited, she flung her arms around him and kissed him deeply, it was going to be ok.

And so it was, his smile broadened as he sat on the edge of the stage and thought of the upcoming wedding, To Have And To Hold. He hoped his parents were looking down on him and he was making them proud.

And then there was the club. He had bought it using the monies left by his wonderful Mum and the savings Dad had put away which she had never spent, saving it for him to help when she had gone.

He’d best get going or he would be late for band practice. One last look round the room as it was, the builders would start the refurbishment work in the morning. Within a few weeks all would be transformed, a new look interior and a familiar band in residence for the grand re-opening.

He made his way out on to the street and locked the door. The rain had stopped and there was an added spring to his step as he disappeared round the corner. Whilst the line up has altered, the sound from the last album remains but with an added edge. I enthused about the first album ‘Tides’ and still love it, so it was a real pleasure reviewing this sophomore offering that more than matches it. What influenced me reviewing the last album has inspired me again and rather than a straight track by track review of ‘Departures’, I felt the best way to do this was extend the story.

Those with a keen ear will notice references to the lyrics woven throughout the review and the musicianship on ‘Departures’ is as fine a production as you could wish, oozing with slick, languid rhythms and blossoming crescendos. If you liked ‘Tides’ then ‘Departures’ is a must buy. I have still to see Downriver Dead Men Go live but who knows I may stumble into a hazily lit, down-town bar someday and find them on stage. I hope so.

Order in the UK from FREIA Music UK here