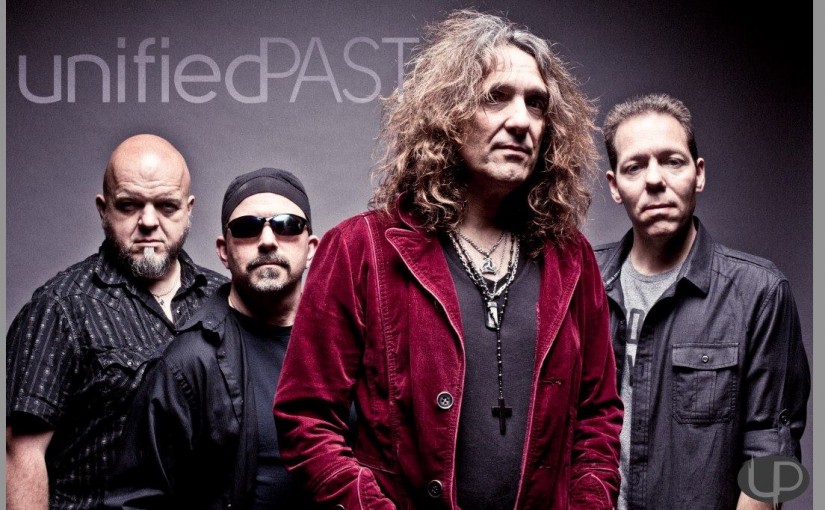 “I really don’t think in the past. I sit down with many friends at dinner, and they like to talk about the good old days. I’m respectful of the good old days, but I find myself spending very little time reminiscing. I’m really looking forward.” – David Bren.

Through numerous conversations, discussions and mild arguments on social media this last month, I have come to see this as indicative of my view on the music industry and, particularly, the progressive genre.

I wrote a few words about this, agreed, in the heat of the moment and, despite them mellowing somewhat over the last week or two, this was the gist of it:

“My dear friends if we always keep looking over our shoulders at what has gone before then there will be no future for the music.
Yes, enjoy the greats of the past but please invest some of your precious time and hard-earned money in some of the smaller artists who are producing the here and the now and, more than that even, the future……”

True, some of these modern artists would not even be writing and performing their music if it wasn’t for the influence of the leviathans of the past and we should respect them for that and for what they are producing now but, we really need to concentrate on the present for this genre (and many others, I would imagine, but I’m concentrating on my favourite!) to flourish and not disappear into the musical ether.

I hope, in some little way, that by concentrating on the independent artists and small labels that I can contribute to widening the general music fan’s consciousness when it comes to the new music that they produce and release.

To that extent I, once again, delve into the musical treasure trove to find some wonderment for your delectation and, this time, it is Syracuse, NY band Unified Past who get ‘Progradared’ (so to speak!).

I have been a long time fan of this excellent group of musicians ever since reviewing their last release ‘Spots’ for Lady Obscure Music Magazine and I was very excited when, earlier this year, guitarist Stephen Speelman first informed me that they had a new album coming out, ‘Shifting the Equlibrium’, in the autumn.

Unified Past is a power progressive rock band from Syracuse, New York. ‘Shifting the Equilibrium’ is the band’s 7th release and their third for Melodic Revolution Records. The CD is a 6 panel digi pack containing a 12 page booklet of lyrics and photos, designed by international fantasy artist Ed Unitsky, who also designed “Spots” in 2013.

The band consists of Stephen Speelman (guitars, keys, vocals), Dave Mickelson (bass) and Victor Tassone (drums and percussion). For this new release they were joined by grammy award winning vocalist Phil Naro, showing that the band is continuing to grow and evolve and that they are a band that prog rock fans should really get to know. The album opens with Erasure Principle, a tentative percussion and keys based intro gives way to the thunderous guitar of Stephen Speelman and Victor Tassone’s powerful drumming. This is what you call ‘Power-Prog’ as the heavy riffage continues, surrounded by some rather nice technical elements. When Phil’s voice joins the throng, it gives it a very Rush-like feel, especially with the keyboards driving the song along. Some rather excellent instrumental interludes join together the vocal parts and it is immediately obvious that Naro’s distinctive vocals have added a further dimension to the band’s signature sound. Speelman goes into guitar shredding mode with an excellent solo in the middle of a more laid back interlude, giving a short break, before the flood gates are once again opened and the full force of Unified Past is thrust upon you. Upbeat, effervescent and assured, it opens the album with a purely positive vibe.

A really striking keyboard run, accompanied by another booming riff opens Smile (In the Face of Adversity), Phil repeats the title in a lazy repeated circle and the song seems to tread water before the blue touch paper is lit and off we go on a hectic riff-led journey once more. Excellent little squirreling guitar runs grab your attention and reel you in to join the effusive musical thrill ride. The dense production leading to a wall to wall block of intense sound, staccato, random keyboard parts and sinister guitar breaks give the whole song a moody aura and Phil’s vocal has a slight pleading note to it, appealing to your better side. The catchy chorus is underpinned by the chugging riff that drives the song along at a break-neck pace. The musical breaks haul everything back to a more sedate tempo as the atmosphere takes on an edgy feel. Naro’s intensive vocal delivery will not be to everyone’s taste but I feel that it works perfectly with the solid, forceful musical delivery. An intricate, restless guitar solo adds menace before the song breaks out with the dynamic keyboards and looms ominously above you. Quite a dark hued musical adventure that comes to an enigmatic close, I’ve paid the entrance fee and I am enjoying the ride….

Etched in Stone begins with a nicely subdued acoustic guitar followed by refined keyboards that add a note of distinction to the track. The vocals join in, quite heartfelt and earnest, adding a cultured note. The ‘Power-Prog’ takes a back seat initially but it isn’t long before Tassone’s drumming starts to resonate around the inside of your skull, purposeful and compelling. Speelman’s guitar adds its usual stylish flourishes and you really get to hear the majesty of Dave Mickelson’s fluent bass playing as it lays the foundations for the rest of this enjoyable musical jaunt. Another forceful and energetic riff adds the necessary chops to Phil Naro’s increasingly potent vocal delivery, add all this energizing melodic brilliance to the intricate progressive elements already in the melting pot and you get a wild smorgasbord of harmonious delights. There is no denying the technical artistry of these musicians but it is their ability to write a damn good song that always seems to come to the fore for me, adding the undoubted vocal drama of Phil Naro has really upped their game by quite a large leap.

A highly charged and volatile keyboard and guitar combination launches Peace Remains in This World, a really aggressive and magnetic opening and Phil’s dominant voice carries on the efficacious feel. Touches of Rush and Trevor Rabin era Yes abound to my ears. The lively, electrifying interplay between the keys and guitar that overly some more impressive bass work from Dave Mickelson is a definite highlight as this track takes definitively heavier progressive route. Intricacies and ‘noodly’ bits ramped up to eleven are at the core of the song, a darker and moodier track than those that have gone before. Once again, the superb bass playing anchors the whole sound as the song moves into what is almost a stylish jam session, I get the impression that this would be a killer track live, both for the band and the audience. A really dominant and dense musical experience that leaves its mark on your psyche as it comes to a strident conclusion.

Let’s go on a metaphysical journey, Deviation From a Theme (of Harmonic Origin) sounds very existential and begins with quite a thought provoking, if rather loud, introduction. It is a rather fine instrumental that gets your grey matter working as it careers from place to place with its own destination in mind. An exploration of the deeper parts of humankind’s inner being through music, the smooth segues from intricate and convoluted to smooth and calculated are pin sharp as these musicians deliver their ‘A’ game right on cue. Speelman’s guitar is animated in every sense and punches the song forcefully along with an intense depth of intuition. The polished rhythm section of Tassone and Mickelson seems inspired as they choreograph this great track at ground level. The Rush influences can be heard throughout, like a nod to the greats of the past but they are integrated into Unified Past’s own sound to create something dexterous, eye-opening and quite superb.

The final track on this discerning musical adventure is Today is the Day and sees the band deliver an uplifting close to the album. A euphoric opening dominated by Naro’s vocal leads you gently into the song as the classy music delivers a wonderful hopeful note. Musical sunshine runs across your mind as the track increases in expectancy and emotion. A song full of hope, longing and optimism and all that is inherent in the lyrics that Phil Naro espouses so fervently. This song is more about the spirit and meaning of the lyrics, the musicians seem happy to take a back seat and let the words do the talking, yet they never take their foot of the pedal. The demonstrative bass work and energising fervour of the drums give the verse that added lustre and Speelman’s admirable guitar could almost be singing itself as it comes to life in short virtuoso slots throughout the song. A contemplative, serious instrumental section adds a nice counterpoint to the lighter note of the early part of the track yet it soon sheds that steely eyed demeanor to flare brightly with expectation once more. All good things must come to an end, unfortunately and this auspicious song comes to a triumphant close.

Powerful, energising music that makes you sit up and listen, ‘Shifting the Equlibrium’ is most definitely Unified Past’s most impressive release to date. A group of exemplary musicians whose songwriting has reached a new peak, add in the dynamism of Phil Naro’s voice and you have near-perfect ‘Power-Prog’. Will it appeal to veryone? I doubt it but, those that do appreciate this band’s excellent music have really dropped lucky this time, well done chaps!