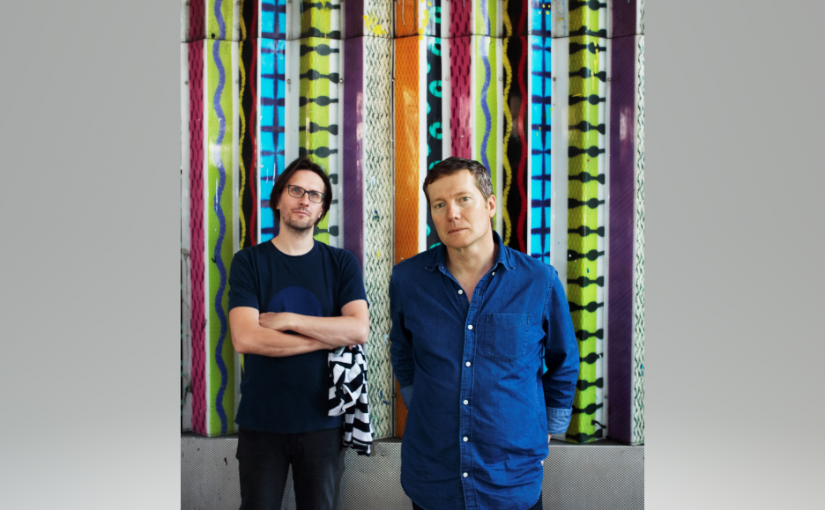 It’s not often that I am gobsmacked by a new release but the new album from no-man, the Steven Wilson and Tim Bowness project, left me quite a bit dumb-founded on first listen.

Like some strange symbiosis of 80’s pop, 90’s dance music and noughties prog, Love You To Bits wasn’t what I was expecting from prog’s standard bearer – Wilson – and the master of cool – Bowness…

The new album, the first studio release in eleven years consists of two connected five-part pieces (Love You To Bits and Love You To Pieces), was twenty-five years in the making and lyrically chronicles the aftermath of a relationship from different perspectives.

Steven Wilson has been very successful at re-inventing progressive rock over recent years and, with his long-term partner in crime Mr Bowness, it appears that they have decided to re-invent what would be considered ‘pop’ music to most ears.

And, to my utmost astonishment, it actually bloody works (I make no apologies for the expletive, I was that surprised!). Using the velvety, comforting tones of Tim’s excellent vocals over an EDM/electronica inspired back-beat is just genius. There’s a vibrancy that is absent from a lot of today’s music, be it pop, progressive or whatever, it just leaves a huge grin on my face.

This inventive and entertaining album never fails to surprise at every turn with elements of pulsating fusion and a wistful and poignant ambience interspersed with crashing guitars and edgy drumbeats.

I have no idea what Steven and Tim were on when they came up with the idea for this pulsating masterpiece but, by golly, can they please give some to the rest of what is becoming a very moribund music scene.

Love You To Bits is a utterly fascinating and overwhelmingly entertaining musical adventure with superb dynamism and a diversity rarely seen in the strictures of conventional music.

Just do yourselves a favour and go and buy it, you will not regret it!

Pre-order from the link below: