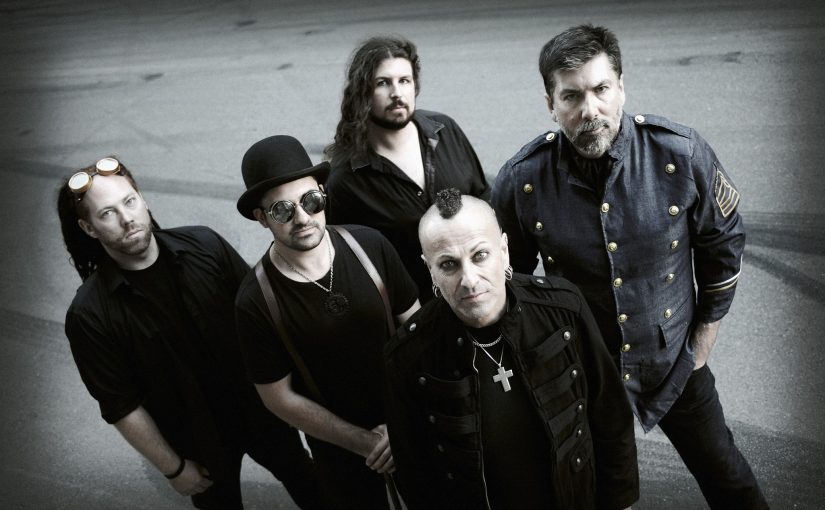 “And did those feet in ancient time
Walk upon Englands mountains green:
And was the holy Lamb of God,
On Englands pleasant pastures seen!”

Sage words of bombast and pomposity and the sort of thing you’d hear at the Last Night of the Proms. To be honest, if we had an equivalent thing for progressive music (in my opinion, the closest thing to classical music nowadays), there would be some prime candidates to be included in any such event.

Having listened to ‘Civilisation’, the new, sophomore, release from Aussie proggers Southern Empire I seriously think they have put forward an excellent case for inclusion in this, admittedly, fictitious concert.

Formed from the break up of cult band Unitopia, their debut, self-titled release had a very positive reaction but they have come back with an album that is grander in every aspect.

Opening track Goliath’s Moon (written by guitarist Cam Blokland) is a thundering, hard-rock heavy piece of music that brings back memories of ‘Milliontown’ era Frost* to my ears. It’s taking all that is good from that style of music and injecting it with some much needed joie de vivre. It is an uplifting and mightily powerful song that flies into town at a million miles an hour, puts a huge smile on everyone’s face and then buggers off the same way it came with not another word, the guitar run out at the end is pure genius too!

Cries For The Lonely takes Dream Theater and Queen at the height of the pomp and circumstance and delivers nineteen minutes of pure unadulterated musical theatre. The lush vocal harmonies are note perfect and the music is as polished as you could ask for and yet there is a definite glint in its electronic eye. There’s an utter sense of enjoyment in the delivery of every note and every word and, once again, a superb guitar solo from Cam closes out the song.

Simply put, Civilisation is a proper progressive ‘epic’ in the true sense of the word. The song is a re-worked and extended version of a song that band supremo Sean Timms wrote with ex Unitopia colleague Mark Trueack for an abandoned album and it ebbs and flows like all great tracks do, there’s some superb saxophone from Mr Timms and Danny Lopresto’s voice is just so silky smooth. It’s twenty-nine minutes of dynamic progressive music like Transatlantic used to do before they decided that too much still wasn’t enough…

The final song Innocence and Fortune dials the intensity back a notch but most definitely not the quality. Written by Timms and Steve Unruh of Samurai of Prog fame, it has more of the brooding quality of IQ to it. Brody Green’s drums and the measured bass of Jez Martin take the lead here but it isn’t long before those lush vocal harmonies make a triumphant return along with that more upbeat tempo. Do we get another great solo from Cam? What do you think…?

‘Civilisation’ is one of the early contenders for album of the year for me, a tremendous release that hits all the right notes and finally sees joy and elation return to the creation of music. It’s as close to a must buy as anything else I’ve heard this year so far. Right, that’s it, I’m off for another listen…

Order the album from GEP here