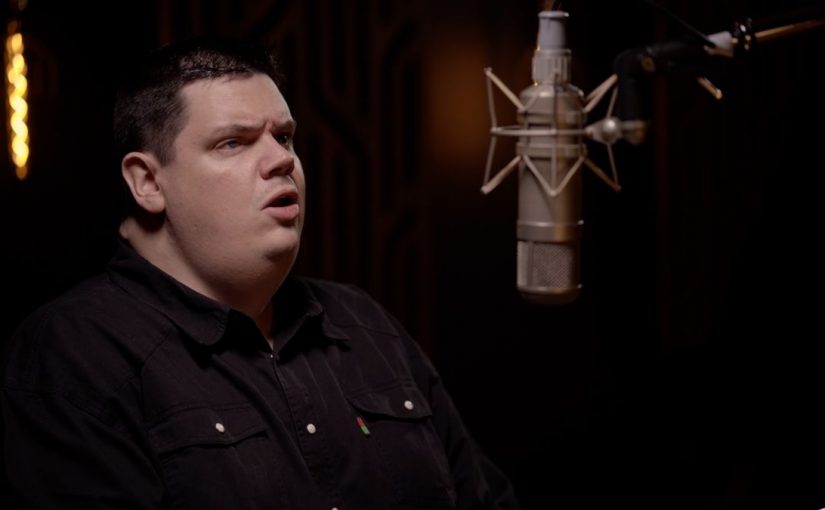 This is the latest album for Tiger Moth Tales (aka Peter Jones) but this time around it is a quite different beast indeed. This album is a marked departure from the glorious madness and tomfoolery that Peter has offered up with earlier albums like ‘Cocoon’ and ‘The Depths of Winter’ and is far more direct and straightforward. It is also the first time Peter has worked at a different location, this album being recorded at Fieldgate Studios in Penarth, South Wales, also utilising the production skills of Andrew Lawson.

So, the sound is different, it is basically Peter Jones playing a grand piano and singing, although, this time, he is backed highly effectively and sympathetically by a string quartet. This lends the music a different tone as any solos are either taken by Peter’s piano or by the string quartet.

This is a very brave album with Peter certainly taking a real risk here but, in doing so, he reaffirms just what an excellent singer he really is. This approach also allows the songs to speak for themselves with the strings providing both a warm backdrop and accentuating the lyrical themes.

Well, it is certainly different but listening to the several times will reveal this to be a very personal set of songs that deal with life, mortality, the dawn chorus, recollections of early holidays and remembrance and the importance of having memories.

The album opens with Taking the Dawn, high strings leading into a striking piano melody and creating a rhythm of sorts, before Peter begins to sing and delights in the commencement of the dawn chorus and the joy that sound brings him. He really praises the power of nature and celebrates that power and the sense of fullness that it gives him, the gift of living from the skies. This is a particularly good opener, personal and uplifting and it sets a good base for all that is to follow.

Next comes is the moody, slightly dark The Whispering of the World, on which the strings get their chance to play some evocative moody and slightly chilling tones. The song is based upon childhood memories of sounds heard on a deserted Devon beach coming through a hollow rock that scared Peter as a child. Sweeter Than Wine is Peter’s remembrance of a school friend who died suddenly and unexpectedly, here Peter assures us that they may be gone but they are not forgotten and will be remembered in the memories that he treasures and the gratitude he feels in having known them.

Quiet Night features a haunting melody and, having a lot of sensory imagery, this is a striking track that seems to deal with how we cope with loss and the hope of a life thereafter. Peter is not religious but seems to think that lives that have gone play some part in our lives now. As I say, this is a very personal and emotional song and is handled very delicately by all. A Town By The Sea follows and is the lone, completely instrumental track and one that acts as a tour de force for the string quartet to really shine along side the stately grand piano of Peter Jones. This brief interlude works as a demarcation between the two halves of the album, the song Blackbird is next and while it’s not a cover of the Paul McCartney track of the same name, it does bear similarities to that song. Peter talks of walking home late at night and hearing a lone blackbird singing before the dawn, striking imagery for these days in which we find ourselves, a glimpse of hope for better days that are coming.

Waving, Drowning is another very personal track, one in which Peter talks of the depression that he has suffered from, of how the suffocating feelings of that time made him feel and how he finally managed to break free. He recalls how friends reached out to him and helped him establish firm ground under his feet, enabling him to take tentative steps to freedom. This is a very hopeful song, emotionally bare and yet striving for a life that has been eluding him but one that he is determined to have once again. This is a wonderful track full of warmth and life, brilliant.

The closing song of the album, Lost To The Years, is simply beautiful and is a comment on the loss of Peter’s grandmother in 2019. In this song he remembers her with warmth and love and much gratitude for all that she meant to him and talks about how he is determined to keep her memories alive in his life. This is a beautifully dignified and lovely set of memories that he sings of and he uses them as a challenge to himself to ensure that he learns from what she has taught him and as to how he will live going forward from here. This is highly personal and very emotionally laden with love and gratitude. Ultimately, he realises that death, while incredibly sad, comes to us all and that we should learn to make the most of the time that we have available to us. Which is a very realistic and encouraging sentiment for us all to live by

This album is one that will really touch you emotionally, or should do if you have an open heart to hear the message that it sends out, “Life is precious, love and enjoy those around you whilst you can”. There is much depth in these words and this album is very recommended for being a heartfelt, beautiful collection of some vastly different and personal, yet universal, songs for us all to appreciate.