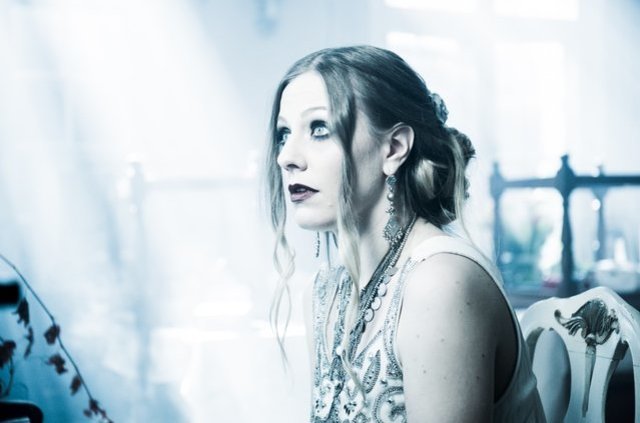 This is the second album from Swedish Blues rockers Blues Pills, who appeared as if from nowhere back in 2014 with their assured self titled debut album with its wonderfully psychedelic artwork and its feet planted firmly in the blues rock tradition of the late 60’s. In fact, with the power behind the band and the sublime vocals of singer Elin Larsson, they sounded like Led Zeppelin if they’d been fronted by Janis Joplin.

Of course the band hadn’t appeared from nowhere, they’d been working hard since they formed back in 2011 and Blues Pills was the culmination of their hard work. Now in 2016, after a slight personnel change, where Andre Kvarnstrom has replaced original drummer and founder member Cory Berry, they unleash their second studio album on the world.

One of the things that is always a concern, when faced with a band who’ve built up their presence organically and had time to refine their sound, is that, once they’ve unleashed a cracking debut, you find the second album is either rushed to capitalise on their success or is half finished, as they’ve used all their ideas up.

Luckily Blues Pills have been working hard to avoid this and ‘Lady in Gold’ is a clear evolution of their sound. Opening with the title track, the traditional figure of death is reimagined as a Lady in Gold who comes to all at the end, and with the superb vocals of Elin to the fore and with some amazing guitar work from Dorian Sorriaux.

With a lot more depth and range than their debut album, Elins soulful vocals get a real workout on the moving and beautiful I Felt a Change. With this being a piano ballad, the band taking a back seat whilst Elins vocals shine, you can hear the emotion in her voice and, whilst it’s a more mellow sound to the band, it fits perfectly within the album and confirms how the band are maturing as songwriters. With a driving drum and bass beat powered by Zach Anderson, it gives us no pause for breath as it takes us into the driving Gone So Long, where the music that underpins the track simmers with power and energy, always only just under control before exploding into a powerful solo.

Clocking in at a mere 40 minutes with 9 original songs and a cracking cover of Elements and Things by Tony Joe White, the energy and soul never lets up, giving you a wonderful contemporary blast of psychedelic blues rock. The band are honest about where their influences come from but they are not mere copyists, instead, they take the ideas from an exciting era in classic rock and give it a 21st update, almost the musical equivalent of a Fiat 500. Something unmistakably from the classic rock mould but slap bang up to date as well.

Drenched in Hammond and with such amazing vocals, this is for anyone who enjoys foot tapping, soulful, catchy blues rock and, with no misstep on this album, Blues Pills have proved they have staying power.

If you can’t guess I bloody love this record!