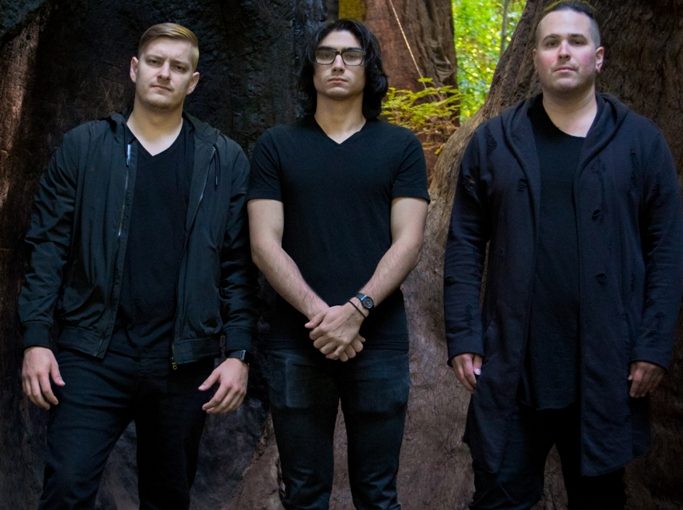 Constructs – ‘Shapes’ – well, where to start on this one? Foolishly my first run out of this was ill considered. I normally try out a to-be-reviewed album in the small hours around midnight in the thick silence of my bedroom; this is an EP but more of that later. My error is that I never check promo materials before hand or I would have parked this for a more appropriate time. This is not, I stress NOT, an album to help you chill and ease you towards the land of nod. My insomnia is bad enough but, by the end of track 1 – Tempest that was it, I had been hit by a shot of the musical equivalent of a double espresso. A deceptive electronica  intro drops rapidly into a bass and guitar battle not dissimilar to the war of the god that a see in a thunder and lightning storm. Thick solid sonic sound scapes abound with apparently chaotic but in reality a very disciplined musical approach.

“Constructs is a three-piece progressive metalcore band hailing from San Jose, California that formed in 2015. Their name comes from the idea that everything in our reality is in some way, shape, or form, a construct, whether it be thought patterns, society, or the way we interact with each other and the world. The band, consisting of Trayen Burke, Gordo Leete, and Dennis Willoner, have spent the past two years polishing and refining their sound while writing and recording. The band draws influence from metal titans such as Northlane, Periphery, Animals As Leaders, Dream Theater, and is focused on creating a precise, articulate, and stunning live performance.”

Ok to the EP/Album then I struggle here with what it actually is. This EP is 6 tracks long yet comes in at a length not far short of the albums I bought as a Teen back in the dark ages of vinyl, hang on are we not re-entering those days again? 30 minutes plus of  a Californian Trio that has its roots more in the 90s when Dream Theater, Kings X and Queensryche were pressing the metal button but being progressive in their attitude to composition structure and song length.  There is no reference directly to the Prog that served my teen years in the 70s. This actually cheers my heart no end rather than scares me. The ghost of prog bands past haunts way to many bands for my liking and is limiting what bthey do in their creativity and development.

Being an instrumental album, getting meaning from the music, is often very personal in the way you read a title and apply to the music. Atmospheres, the second track, feels like a flight to me through the varied weather systems of our planet from calm to threatening and destructive using the distorted thundering bass sound that reverts to softer textures of the electronic effects and the scaling solos of guitars.

Event Horizon, one of the most destructive things in the universe set to music, is never going to be a happy place for music and this is far from a light and fluffy track.  It implies chaos and obliteration but still within the rigid systems of physics and the music reflects this very well indeed. This track typifies a thing they do well yet some of their equivalents seem to forget. They do space and time where others do not and pummel the listener with constant double kick drum and bass without relief, saving the intensity for when it will have greater impact.

I always leave out tracks for others to discover for themselves on any album but be assured I have not cherry picked but given a flavour of what these guys deliver.

Rather than saying who should stay away from this I will say who would best appreciate this intense, dark and yet still uplifting product. Anyone looking beyond the mainstream of melody, verse, chorus, verse, solo, middle 8, chorus and then repeat. Fans of The Fierce & The Dead, Mars Volta, Animals As Leaders and the likes of Voyager and Ne Obliviscaris would sit very well along side of this EP.

It heartens me to think that there is music being made that has depth and power and retains an identity that pushes the boundaries. Many will not like this but many will see its merits and the true progressive spirit of some of the stuff that is out there.

Order ‘Shapes’ direct from the band