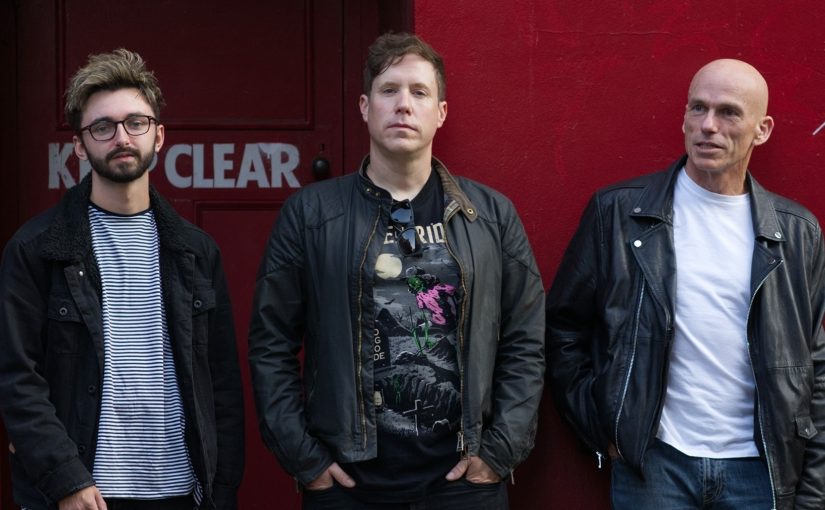 Well, this one nearly passed me by but, thankfully, thanks to recommendations from a friend, I was able to capture this one. Apparently Mark Kelly has been planning a solo album for nearly 30 years but it was the national lockdown that was the window in which he was finally able to realise his plans. I have to say that this album is simply magnificent, one that harks back to his main role in Marillion but also one that shows just how integral to how Marillion sound he truly is. This album is possibly the best of any that have been made outside of Marillion, yes it really is that good! In fact, it does nicely in lieu of any current group activity (although the band continue to work on the follow up to 2016’s ‘F.E.A.R’ album and have planned a tour for late 2021.)

The album has 10 tracks, two of which are 10 minutes plus (with one being over 20 minutes long) and the sound is remarkably like that of Marillion themselves but here Mark has surrounded himself with some amazing new talent, especially guitarist John Cordy (whom he was recommended by non-less than Steve Rothery), the always excellent Henry Rogers on drums and Mark’s son Conal Kelly on bass guitars and background, among others. Lyrics were written by barrister Guy Vickers who certainly rose to the challenge, capturing the mood and the themes of both Amelia and Twenty Fifty One superbly.

On Amelia the album opens like 99% of Prog albums do, with swirls of keyboards as the story of the controversy and mystery of bones discovered on Nikumaroro or Gardener island in 1940 unfolds. These had been originally discovered and appraised in 1941 by a Fijian anthropologist but this had been challenged by a University of Tennessee Professor who had stated that, after his own research, the bones were actually those of Amelia Earhart, the missing famed aviator who had gone missing on a round the world trek. The background to this song is in the notes contained in the booklet, and a fascinating read it is too and this shows that the music and subject matter is certainly informed and captivating. The playing on this song alone makes the album an essential purchase, it is simply brilliant and a real treat even with a magnificent guitar solo from John at the end, a fantastic opening track.

When I Fell is a delicate and emotional song about love and loss with some great textures to the song and sympathetic, ethereal keyboards from Mark . Along with some great basslines from Conal, this is a lovely and moving song. Add in some great organ sounds from Mark, it all sounds fabulous and concludes an excellent song.

This Time follows, a brief but certainly interesting track, with some great textures to it. The song is about separation and being apart from those you love and how the separation can make these times more meaningful. This is all ably supported by fabulous performances and music where everyone is really making this a worthwhile, short but exceedingly sweet piece of music.

Puppets is next and this features Mark’s Marillion colleague Steve Rothery on guitar. The song is somewhat philosophical and touches on concepts such as determinism, free will, libertarianism, cartesian dualism and other spiritual and philosophical concepts. That the band can tackle such weighty concepts is to be applauded in itself, this certainly is an album for thinkers along with those who love good music played sublimely, this album meeting those criteria head on, confidently and with real style and skill. The song asks some interesting questions about how we make choices and how free we are, as I say, this is music to make you think, never a bad thing in my opinion.

The last selection of pieces forms the long suite Twenty Fifty One, which details the difficult relationship that existed between Arthur C Clarke and Stanley Kubrick, especially in relation to the film and novel 2001: A Space Odyssey. The song is an interesting narrative to the questions of life outside of earth and are we alone in the universe? It details the story that Stanley’s film took much longer than Arthur’s novel writing and, as a result, that Arthur had to rely on Stanley funding him until the film was completed and he could finally publish his novel. The song continues to ask the question of, if we are not alone, do we really want alien interference and possibly destruction? We have previously historically been very mercenary in our expansions and in our dealings with other nations and tribes. It is an interesting question and one that we should consider seriously, this song is bold enough to ask the question.

This truly is a remarkable album, and the band are already planning a follow up, which holds great promise for us all. I also must comment on how glorious the artwork for this album is, it is very sympathetic to the subject matter and the accompanying live studio DVD is certainly a wonderful touch as it really brings the material to life. In all, this is an album that I would heartily recommend to any Marillion fan or indeed fan of intelligent and interesting music.