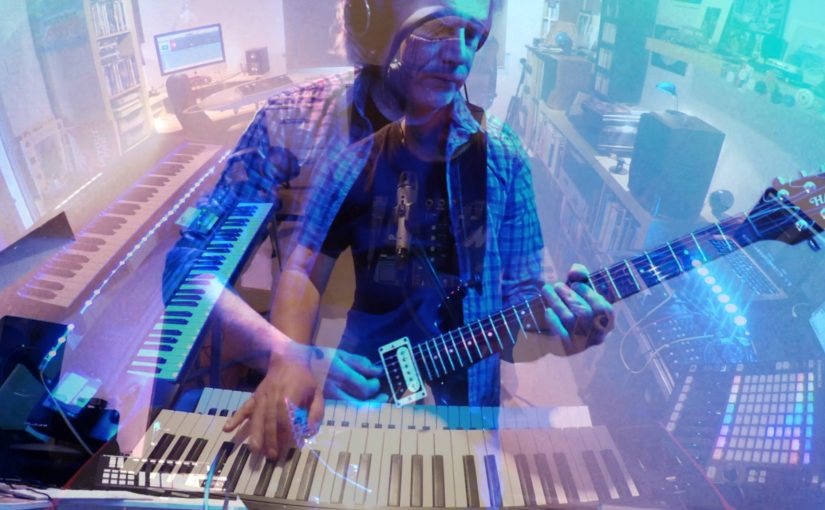 It is not very often that your village holds a free prog rock show and, even if they do, the quality of the acts could at best be questionable.

So it was a real shock when I went to such an event at a local pub in Haslington near Crewe. I’d seen The Tangent in a local pub in the peak district some years before but Monkey Trial were unknown to me. They are actually a local band who, prior to this blasted virus, often played  locally in Stoke on Trent and have  also performed at HRH Prog in London and various other small space rock events like The Wingy Thing in Derbyshire.

Well, I grabbed a drink (diet coke I was driving) and took a seat for this two part gig. Initially it was a trio with guitar, drums and keyboards, although the drums were not a kit but more organic congas and the like. The music was all new to me but certainly held my attention. The show was sparsely attended and was outdoors so, as the night wore on and it got colder, soon there was merely a handful of people who were watching as the band carried on. I was certainly impressed by their efforts and a few weeks ago I was contacted by the keyboard player, Clive Mallart, asking if I would like to have a listen to their new album, recorded in lockdown, and possibly review it?

I am always interested in helping new bands find a platform for their music to be heard, so here are my thoughts on their new album ‘Viking’.

The album is available via Bandcamp and is a really good listen.It is mostly instrumental, although a few tracks have a muted voice over from Nick Raybould that could be improved by it sitting higher in the mix, as what Nick is saying is actually very interesting, adding to the overall ambience of the music, especially on the track one in vermilion.

The sound reminds me of Stratosfear by  Tangerine Dream with electronics being a platform for extended guitar solos. The guitarist Shaun Bailey is a well-rounded and tasteful player with a good tone, his guitar work supplementing the rest of the band and overall they make a cohesive and interesting sound. The pulse of the keyboards is full and expansive, Monkey Trial paint uncluttered aural landscapes always of interest.

I think one in vermilion is my favorite track as it is one where everything comes together well to create a strong impression. There is theremin on the opening track, a sense of…, but it seems to be a bit buried in the mix and plays alongside the guitar melody at the start and the end of the track. Track 5, things with wings, also impresses, with a strong piano melody that runs throughout and a driving rhythm that pulls the music along Also worthy of note is the strong bass work by Shaun Bailey, who consistently adds a good bottom end to anchor the music together. The analogue and organic percussion of Nick Raybould also adds colour and impetus to proceedings during gloesnowb.

The music the band creates is all about wide-screen and epic soundscapes with interesting tones alongside great melodies. It is all topped off with some searing guitar work that really adds to the effect, making this a band to enjoy and appreciate. Production is clear and crisp, but the album is even better on headphones at a decent volume as then all the subtleties can be heard and appreciated.

The final track, after viking, is a moody finale that recalls the Northumbrian Coast so evocatively displayed nn the album’s fabulous cover artwork. This is an album that rewards the diligent listener and I have no hesitation in recommending this fine little self-released lockdown produced gem.