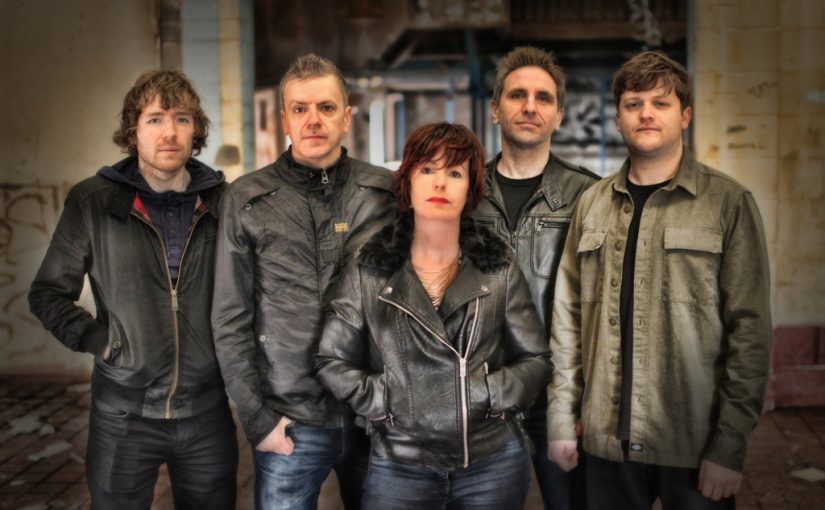 Longevity in the music business is almost like the Holy Grail and those that find it do so because their music has the ability to endure, to evolve, to develop and to progress. In this internet age that is becoming harder to accomplish, every man and his Mac Book can produce music and have it playing around the world in no time at all.

I feel that the best music will always outlast these mountebanks and pretenders and rise to the top, it is just a case of weeding out the middle of the road releases to find the creme de la creme or, if I’m lucky, for it to find me.

Stephen Lambe (he of Summers End Festival fame) also represents some of the best acts in progressive rock today through his 1973 Artist Promotions and I have been fortunate that Progradar is one of the review websites that he has chosen to work with. Stephen’s latest offering was the hotly anticipated new album from British prog stalwarts Magenta. Did I want to review it? Do bears sh… you know the rest! The long overdue new Magenta album ‘We Are Legend’ will be released on April 20th 2017.

“It was time to try something new, musically and lyrically. I’ve always kept to a small music pallet with the previous albums, but I felt that we’d reached a crossroads and wanted to try something new. Magenta have gone through a lot since the last album, especially Christina our lead vocalist, so we feel that we have something to prove with ‘We Are Legend’. So be prepared.”

Magenta have been around since 1999 and have released a litany of superb albums in their illustrious career to date, there high quality being one of the reason’s for the band’s longevity. Will ‘We Are Legend’ perpetuate that success? There’s only one way to find out… It smacks of utmost confidence in your own ability to release an album with only three tracks on it, much like certain progressive rock legends from the 1970’s but ‘We Are Legend’ is every bit as fulfilling as a release with 10 or 15 songs on because every track is an immersive, involving journey of many parts and provides the listener with everything they need for forty nine minutes of intense musical pleasure. Opening track Trojan builds the atmosphere skillfully and artistically before blooming before your very ears into a wondrous piece of music with a myriad of subtle twists and turns. The high energy driving beat has things moving along at a hell-for-leather pace, the slightly distorted guitar taking an impressive lead and the stylish bass and drums providing the foundations upon which Rob’s keyboards guide us around this mesmerising musical tapestry. Christina’s voice has never sounded better, she has a powerful authority to her vocal delivery which grabs your attention immediately and never lets go. In fact, the first few minutes literally bowled me over with their energy and intensity. Just sit back and listen and enjoy the ride as these masterful musicians put on a breathtaking show for you to enjoy. All the time little nuggets of musical wonderment pop up to put a huge smile on your face, there’s a guitar solo about six and a half minutes into the song that I really enjoyed but you could pick out one of many moments of a similar nature. To be fair, this isn’t just a song, it’s a musical drama, a riveting narrative set to some rather impressive music and you will find yourself becoming lost in the whole captivating experience. Rob is right, this is a hugely expansive work that just gets better with each listen.

After the twenty-six minutes of musical spectacle that was Trojan there is no let up as the introduction to Colours storms into view, there’s an urgency to the music and tension and instancy to Christina’s voice and a whole melodramatic feeling of turmoil to the track. Where Trojan was a big theatrically inspired production, this song has a much more progressive feel to it. The calm, wistful interludes add a touch of class and style, the guitar playing is exquisite and just gives me a nostalgic shiver down my spine. Christina is, once again, showcasing her huge vocal talent on this track, she really is the epitome of her Twitter handle ‘Prog Queen’ and must have one of the best voices out there and not just in progressive rock circles either. Rob Reed’s elegantly languid keyboard playing is a delight to listen to and Chris Fry certainly knows his way around a six string, his guitar playing is tight, fluid and very absorbing. This song has some riveting, engrossing moments and then there are also some brilliant pieces where they seem to just go for it and the music takes over. Not once do you think that any of these tracks have gone on too long, in fact it is the exact opposite, you’re left wanting more and the the ending to Colours is a case in point, an uplifting, tumultuous overture that has prodigious amounts of raw emotion and soul, you can literally hear it in the Christina’s voice and Chris’ guitar and there, just in the background, the brilliant bass playing of Dan Nelson is the conductor bringing things to a refined close. Adding a final climactic flare to the album Legend begins with a very serious undertone, the guitar all fire and brimstone and Jiffy’s drums a dominant driving force. There’s a lull and then Christina’s honestly heartfelt and yet slightly severe vocal joins in adding a sheen to this sombre tale. It’s a heartfelt and emotive track that has a darker underbelly, all mournful and forlorn. A ying and yang between the darkness and the light follows, the hauntingly memorable chorus trading shots with the more mournful and pensive verses. A fiery guitar solo lights up the darker elements and then a short-lived intricate,determined and resolute section takes centre stage before Christina’s delicate vocal adds an almost ethereal and engaging grace, added to by some elegant guitar playing, a moment of serenity among the drama and theatricals and yet one that emphasises just how good they are. Christina is centre stage on this song, she is the leader and the focus, her voice full of fervour and feeling and it just entrances you. Once again Magenta show they know how to close out a song with swagger and verve, an inspirational and almost spiritual end to what has been an incredible musical experience.

There’s a huge amount of pride in titling your album ‘We Are Legend’ but Magenta deserve to give that name to this excellent release. The longevity of nearly two decades in the business has given them well deserved kudos and they have built on that to give us three songs that inspire and stimulate the listener. This record is a sublime forty-nine minutes of musical bliss and sees Magenta back in the top echelon of progressive rock acts where they deservedly belong.

The CD will be accompanied by a DVD containing the whole album in 5.1 surround sound plus interview and performance videos.